Second pereiopod not particularly slender or elongate; ischium long, unarmed; merus much shorter than ischium; carpus with five subarticles, first longest but not longer than sum of others, ratio of subarticles approximately equal to 3.5/1.0/1.0/1.1/1.8; chela longer than distal-most carpal subarticle, simple, cutting edges of fingers furnished with rows of microscopic setae ( Fig. 5A, B View FIGURE 5 ).

Gill formula as given for genus (see above).

Etymology. The new species’ name is a combination of two Latinised Greek words pachy (from the ancient Greek pakhús = thick) and acanthus (from the ancient Greek akanthos —spine) and refers to the presence of unusually thick cuspidate setae on the third, fourth and fifth pereiopods, as well as two very thick spiniform setae on the lateral portion of the uropodal diaeresis; used as an adjective.

Ecology. Both specimens were collected from burrows of unknown hosts, on a shallow subtidal sand flat, about 30 m from the sandy shore and 50 m from a large rocky outcrop, at a depth of about 1–1.5 m at incoming tight. The sand flat is characterised by relatively fine, more or less compacted sand, with an abundance of fragmented coral rubble, and some muddier patches, larger pieces of rubble, and small living colonies of the coral Pocillopora damicornis   (L.).

Remarks. The presence of cuspidate setae on the meri of the third to fifth pereiopods is not uncommon in alpheid shrimps, being also known in several so-called “lower” alpheid genera, such as Jengalpheops   (monotypic), Potamalpheops   (most if not all species) and Athanopsis Coutiere, 1897   (some species), but also in “higher” or more derived genera, such as Parabetaeus Coutière, 1897   (all species), Betaeus   (most if not all species) and Betaeopsis   (both species) (e.g., Powell 1979; Nomura & Anker 2001; Anker & Jeng 2002; Anker & Dworschak 2007; Anker 2012, 2015). However, in Pachelpheus pachyacanthus   sp. nov., the cuspidate setae of walking legs are conspicuously thickened and attain truly unusual dimensions; in fact they are readily visible in the general view of the shrimps, especially on the merus of the fifth pereiopod ( Figs. 1 View FIGURE 1 , 6 View FIGURE 6 , 7 View FIGURE 7 ). The most robust of these cuspidate setae seem to be somewhat flattened and their sockets are relatively shallow, i.e. not accommodating them completely; in addition, those of the fifth pereiopod seem to be somewhat abraded ( Fig. 5G, H View FIGURE 5 ). Their function remains enigmatic, but it is possible that they are somehow involved in the shrimp’s clinging either to the host or to the burrow walls, and perhaps also in digging. It also remains unknown whether these setae are actually homologous to the more conventional cuspidate setae, which are conical, not flattened, never abraded, and lodged in deeper pits. 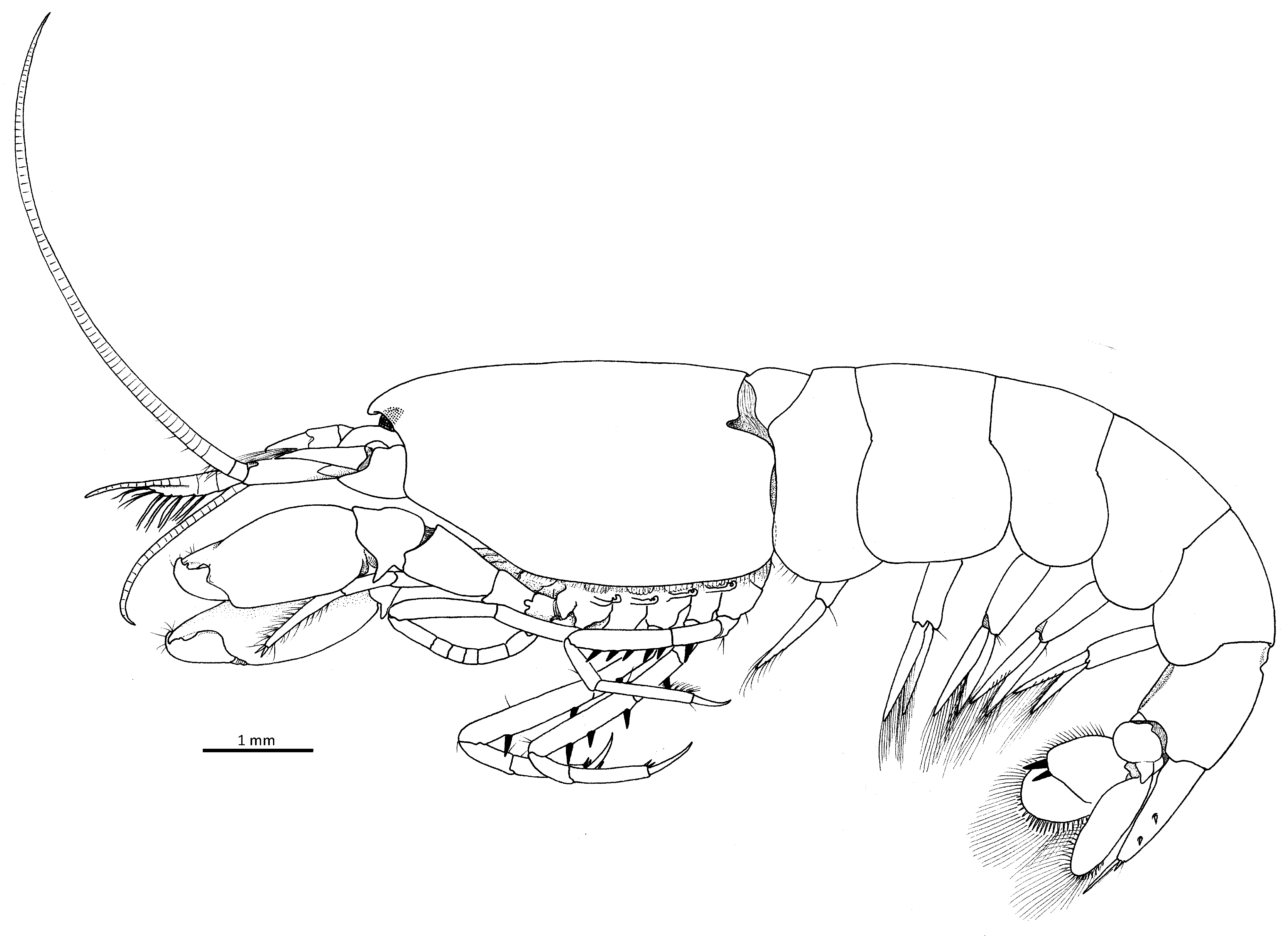 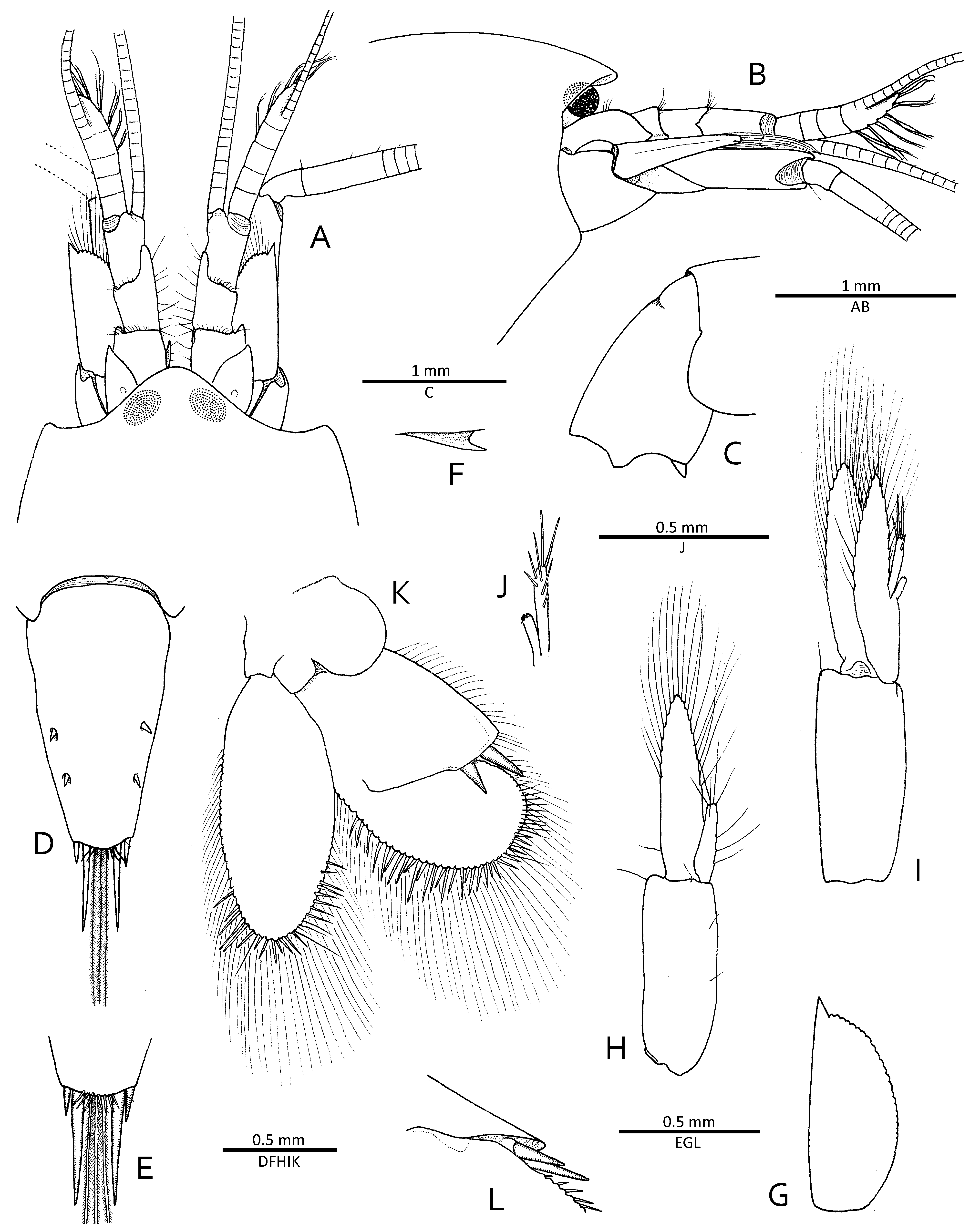 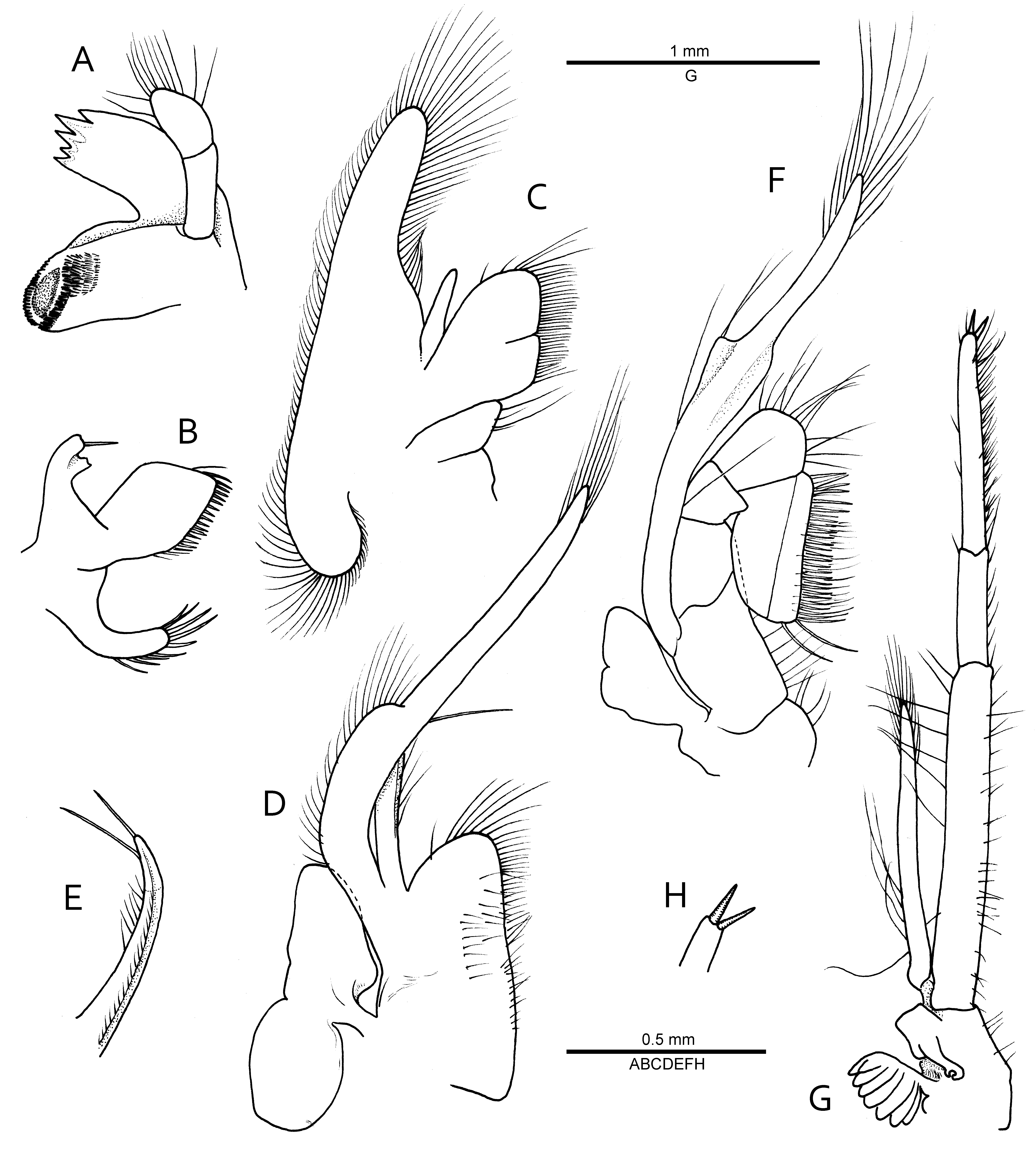 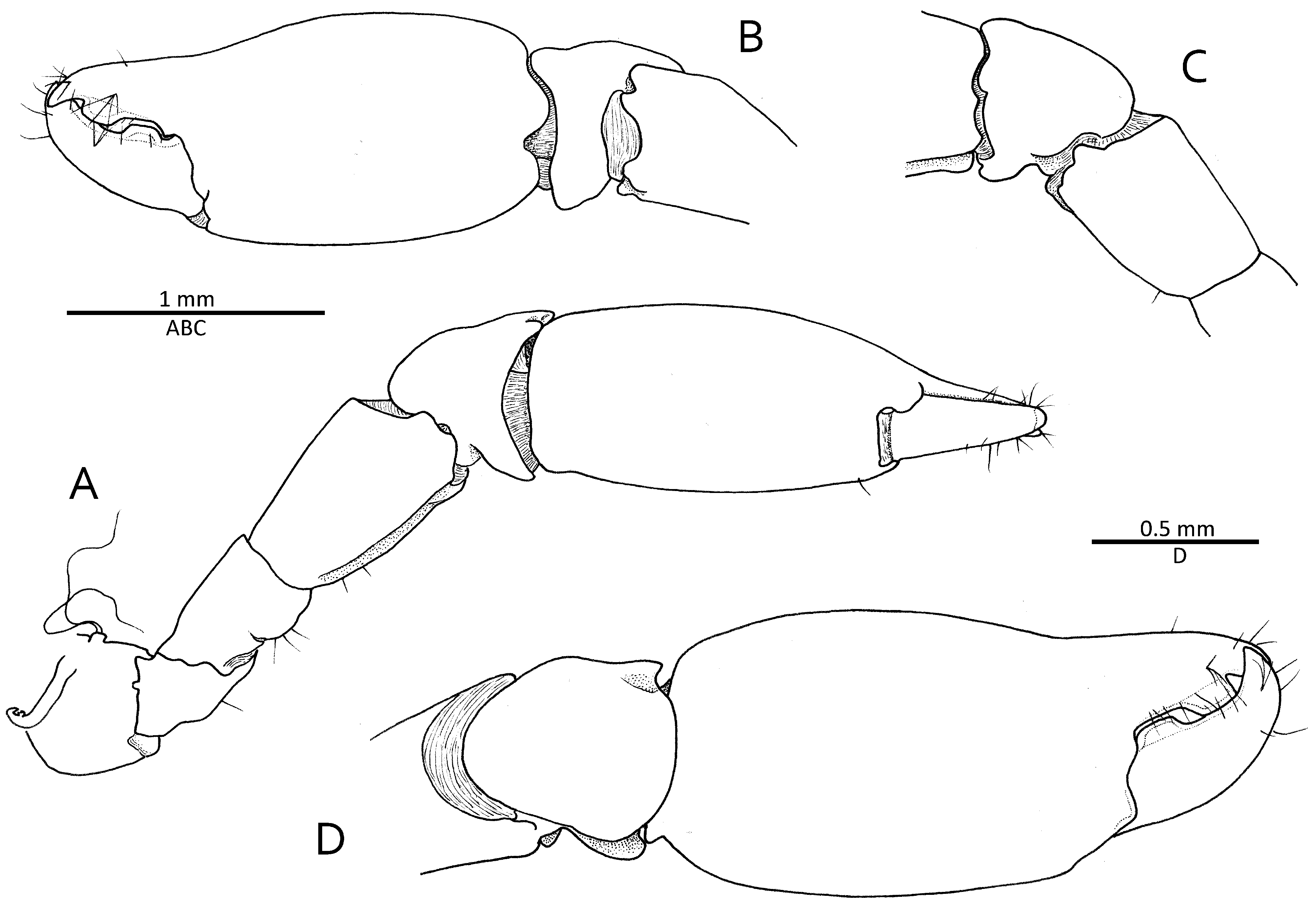