Diagnosis. The new species has a unique forewing pattern with a reticulated yellowish brown area in the center, which easily distinguishes it from all known congeners. Also the long antrum in the female genitalia is unlike to that in any of the East Asian Ypsolopha  . Interestingly, a similar antrum in the female genitalia is present in the Nearctic Y. schwarziella (Busck)  which has a different external appearance of brownish white forewings with fuscous longitudinal streaks.

Etymology. The specific name lutisplendida  , is derived from the Latin luteus meaning yellow, and splendidus, meaning shining, in concordance with the yellowish glittering of the forewings. 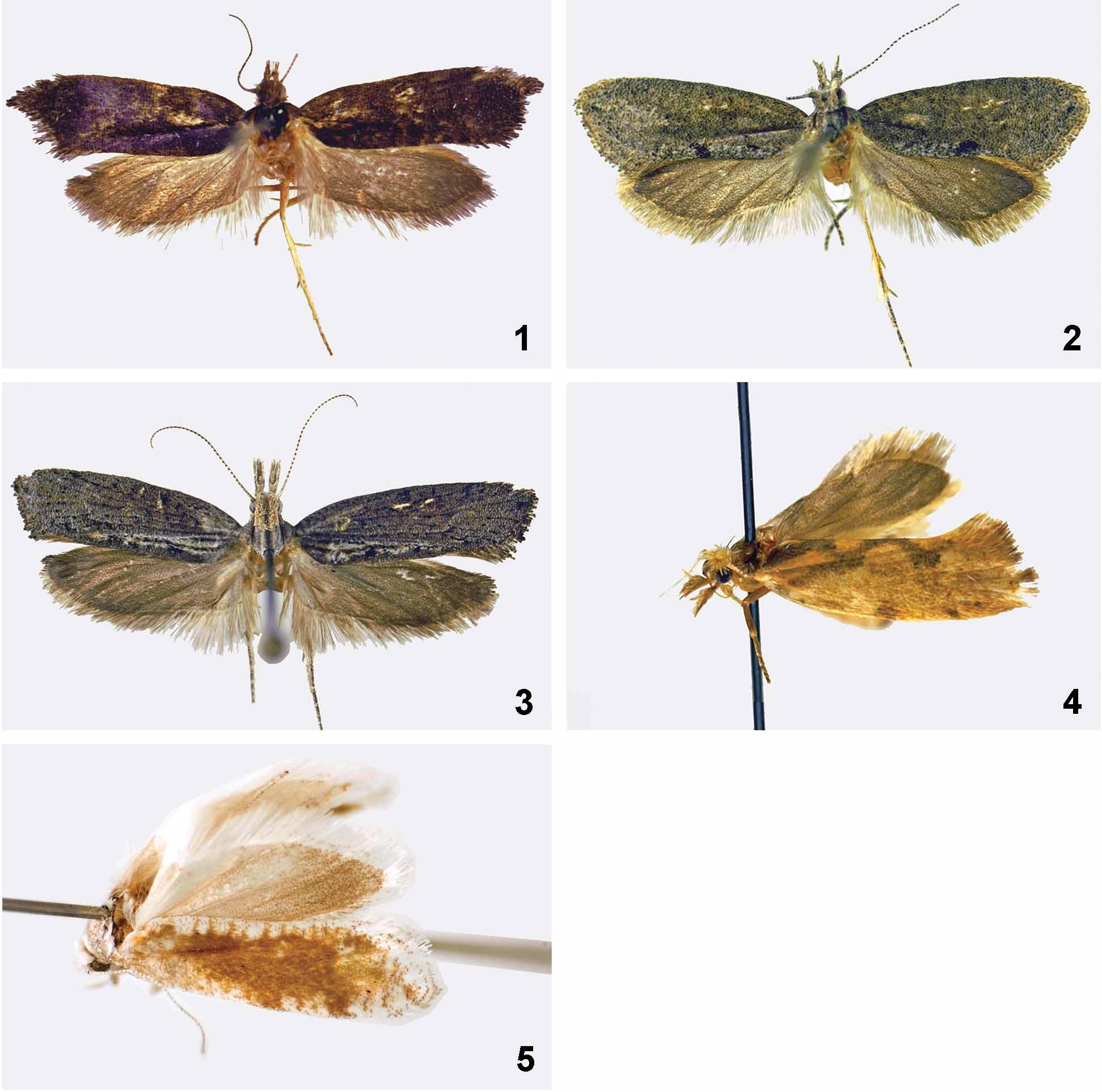 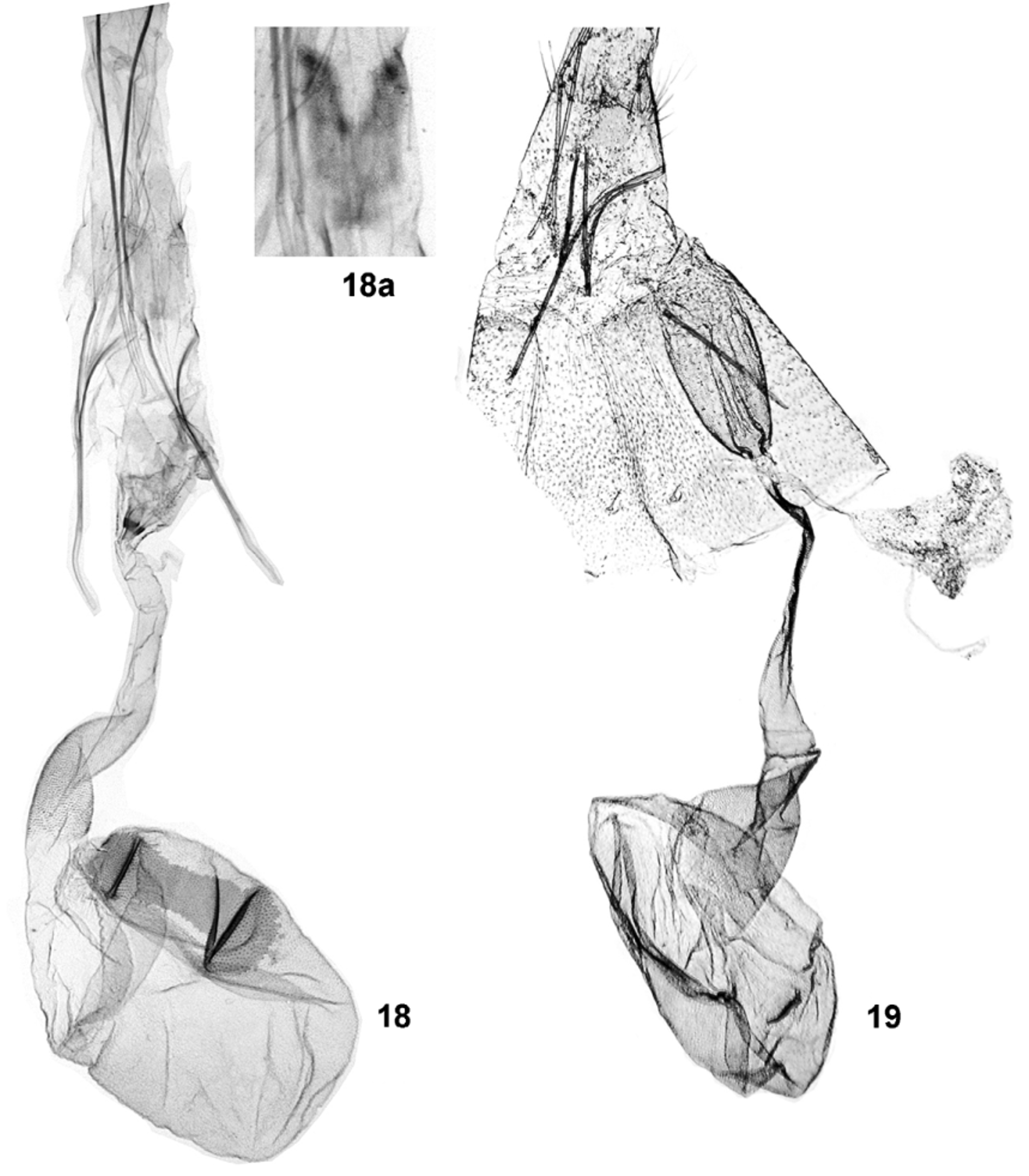