Etymology. The new species name alludes to Bobby, the barbarian, one of the protagonists of the TV series Dungeons & Dragons.

Notes. Regalana bobbyi sp. nov. is one of the smallest species of the genus. It can be easily separated from other Regalana species by the diagnostic characters above, especially the aedeagus shaft with pair of long and slender lateral processes and the unique apical LV processes (Fig. 14), which are expanded and directed laterally. The new species was collected by insecticidal fogging in a lowland unflooded Amazonian Rainforest. 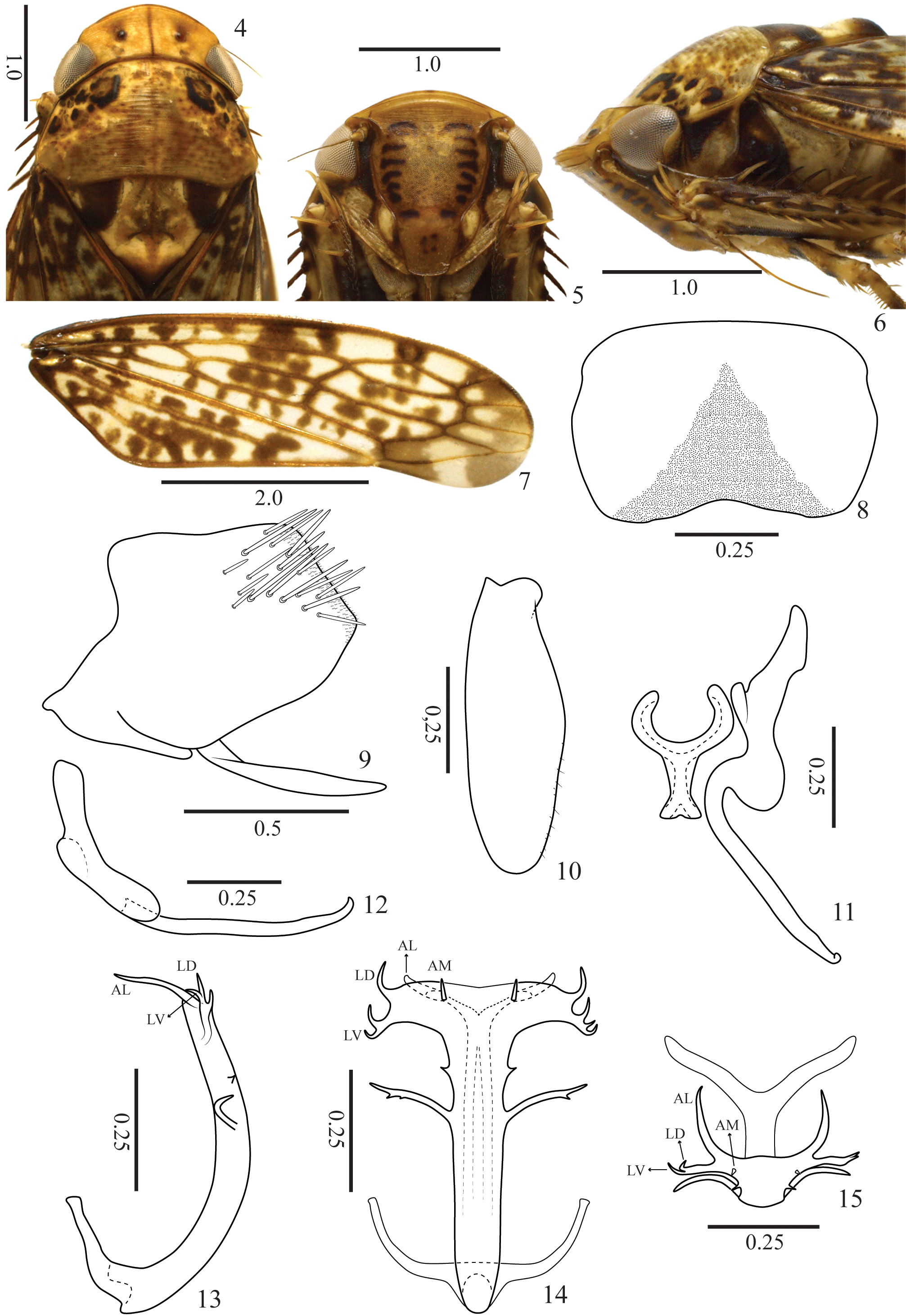