Comment. This species is particularly characterized by a highly asymmetric ventral process of aedeagus ( Assing 2014). Compared with the originally description, the above specimens display slight differences in aedeagal structure: the population from Nanfengmian with slightly longer dorso-lateral apophyses ( Figs 6, 7View FIGURES 4–11), and the population from Bamian Shan with slightly longer and wider processes of the ventral process ( Figs 10, 11View FIGURES 4–11). Based on the similar general appearance and male sternites ( Figs 4–5, 8–9View FIGURES 4–11), these differences are treated as intraspecific variation.

Distribution and habitat data. This species has been found in several localities in the central and southern parts of Luoxiao Shan in western Jiangxi and eastern Hunan ( Fig. 22View FIGURE22). The specimens were collected by sifting leaf litter in mixed forests at altitudes of 900–1650 m. 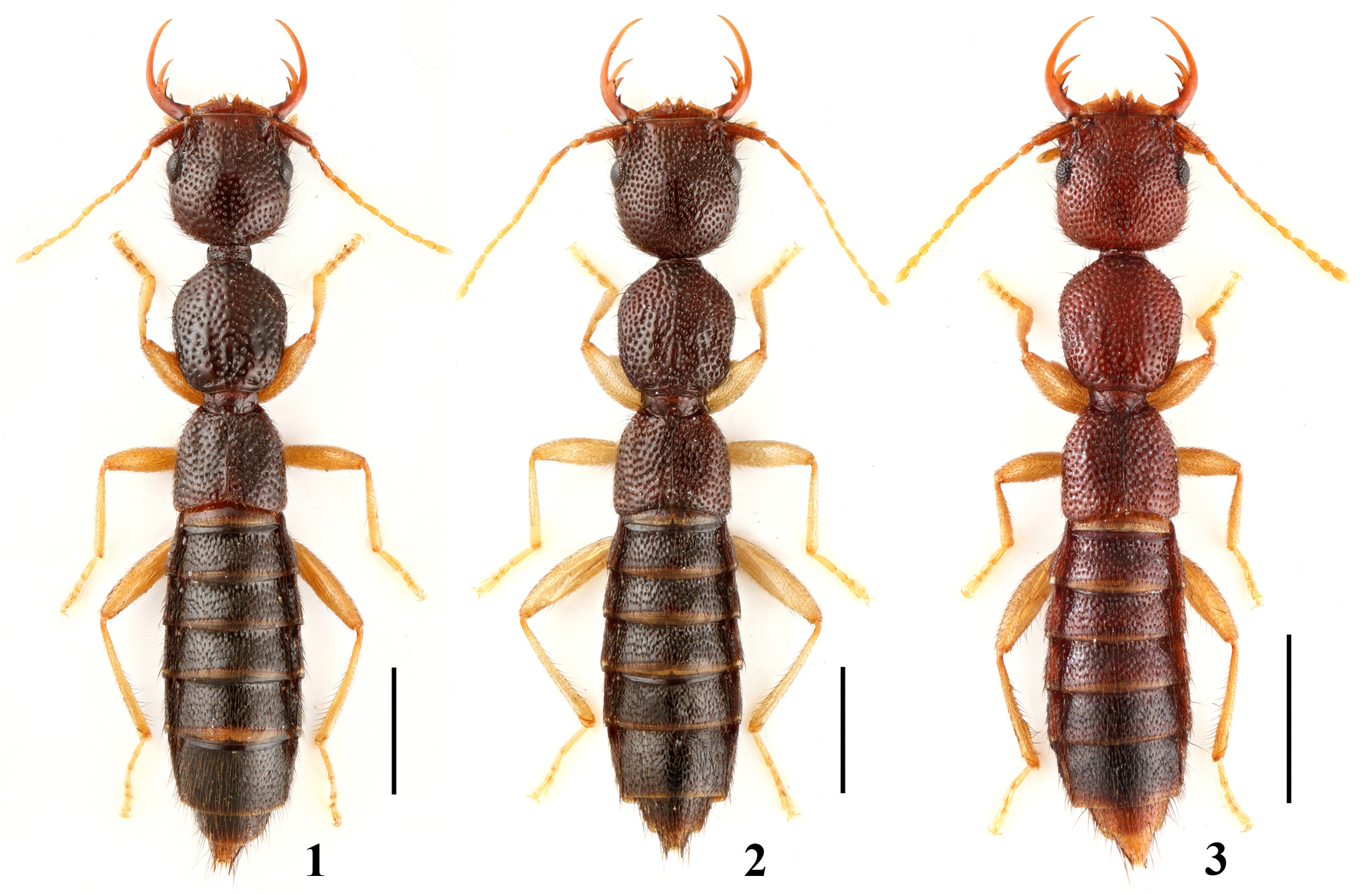