Inducing nut galls on the leaves ( Figure 22A, B View Figure 22 ). Eggs are laid on the young leaves. After eclosion, the larva establishes itself along a secondary vein on the lower leaf surface and gradually sinks into the leaf with gall tissue growing around it. With the leaf development the size of the gall increases, becoming subglobular and closed, except for a minute aperture on the lower leaf surface. At the adult moult, the gall opens as the apical aperture widens becoming a round hole letting the adult escape. Often several galls are present on a single leaf which becomes severely distorted.

From the Latin adjective fuscus 5 dark-coloured and the noun vena 5 the vein, referring to the darkened veins on the fore wing.

P. fuscivenosum sp. n. is close to Pseudophacopteron zimmermanni ( Aulmann, 1912) in sharing a similar size, the body colour, a clear fore wing membrane near apices of veins R1, Rs, M1+2, M3+4, and Cu1a, the head shape, the robust paramere with convex posterior margin and the inner face with many stout setae, the apical basally angular dilation of the distal segment of aedeagus, the relatively short female proctiger and subgenital plate, the latter, in profile, with strongly convex ventral margin, abruptly narrowing to apex and forming a small pointed tooth, and the dorsal and ventral valvulae with a few distinct lateral teeth at apex. P. fuscivenosum differs from P. zimmermanni as follows: fore wing membrane along veins R, basal half of M, entire Cu1b, and basal half of Cu1a infuscated; terminal setae on antenna slightly shorter; paramere longer and narrower, posterior margin of paramere, in profile, more evenly curved; ventral margin of female subgenital plate, in profile, less convex; in the host plant association. 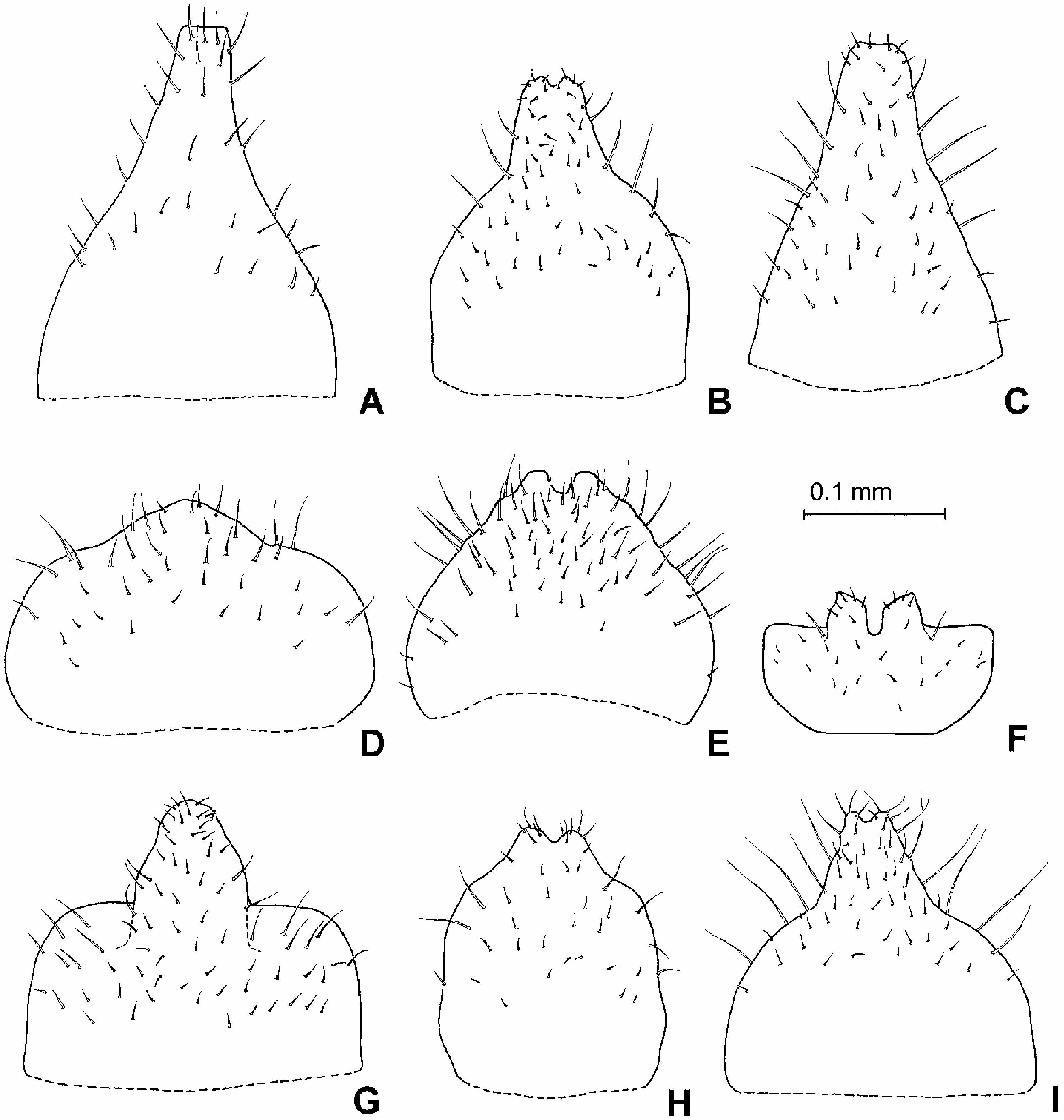