Dohrnemesa albuquerquei  was described based on a single male ( Fig. 1View FIGURES 1 – 4. 1 – 2) collected in Petrópolis, a city located in a mountainous region of the state of Rio de Janeiro, Brazil. Some details about an additional male ( Fig. 2View FIGURES 1 – 4. 1 – 2) found dead on a spider’s web on a wall of a house in Nova Friburgo, another city in the mountains of the state of Rio de Janeiro, are furnished below.

The specimen examined is very similar to the holotype. The pair of elongated markings on the hind lobe of the pronotum is lighter-colored than in the holotype.

Comments. It would seem that the specimen of D. albuquerquei  found dead on the spider’s web was not prey for the spider that built it, since its body and appendages were entire and not covered with spider silk. When alive, it had more likely gone there to seek prey such as other Emesinae  that have been found on spider’s webs ( Wygodzinsky 1966, Pape 2013, Gil-Santana et al. 2015, Kulkarni & Ghate 2016). The record of longer, obliquely inclined setae on the distal dorsal half and an apical cluster of stiff setae of the fore tibiae of this species, features that are presumably compatible with an arachnophilous association ( Pape 2013), reinforces this hypothesis. 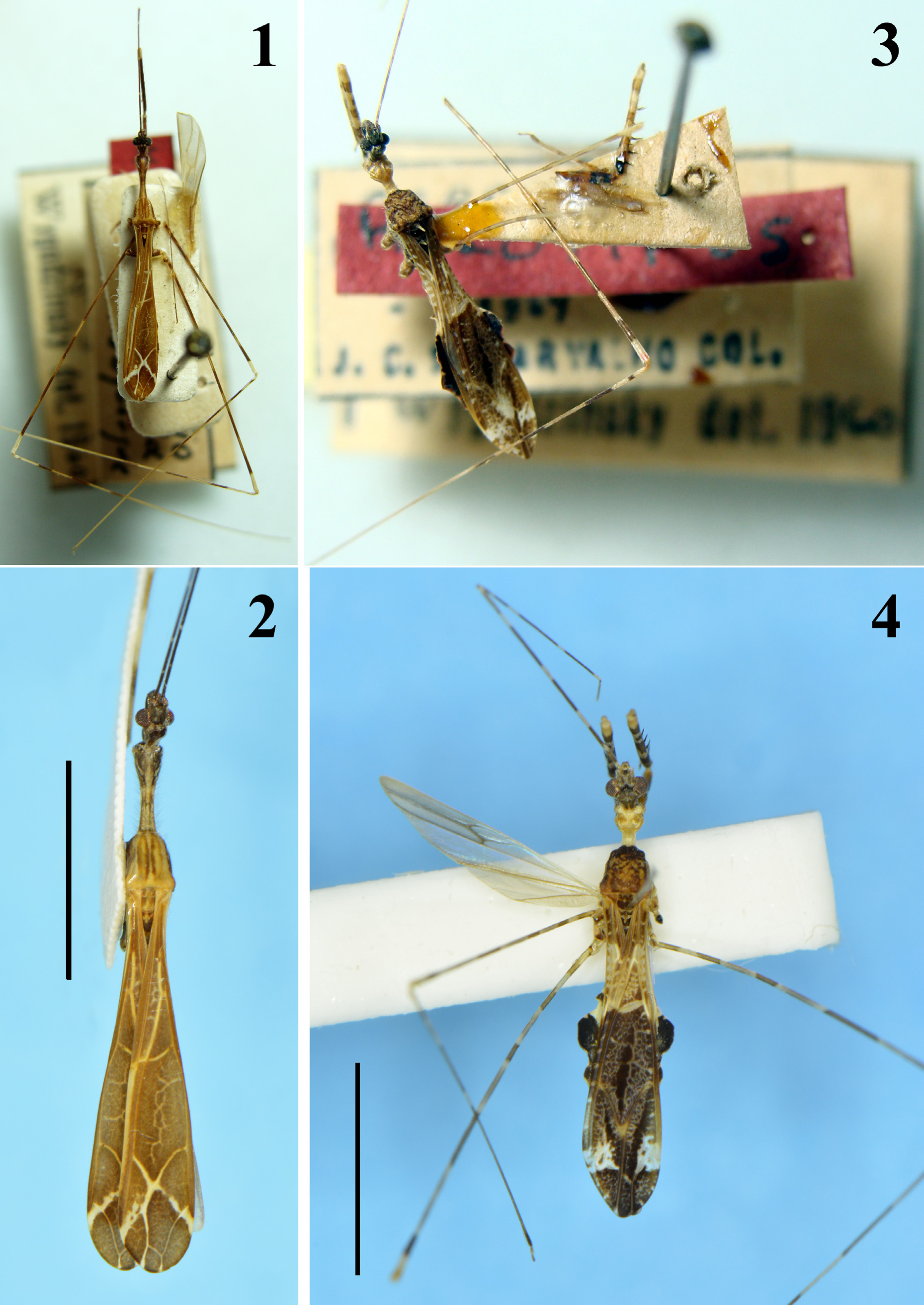