Etymology. This species is dedicated to the Tamil people of southern India and northern Sri Lanka.

Diagnosis. This species is similar to Synechodes sumatrana Kallies, 2000  ; however, it lacks the large yellow patch below the centre of the forewing. The two species also differ in their genitalia: in S. sumatrana  the phallus has three apical thorns (one in S. tamila  ), and the valva is narrower and longer.

Remarks. This species and S. sumatrana  are different from typical representatives of the genus. Both show a highly specialized structure of sternite 7 including asymmetrical distal extensions and a distinct proximal, twolobed plate that reaches below the subapical sternite. They further display some unusual structures of the phallus, including a short coecum penis and apical thorn-like process(es). Both species appear to lack the conspicuous bicolored scales (typically dark with a light tip) on their forewings seen in other species of Synechodes  ; instead they have dark wings with scattered individual light scales throughout. A modified terminal segment is also present in Synechodes rotanicola Kallies, 2004  , and specialized phallus morphology is seen in Synechodes megaloptera Kallies, 1998  , Synechodes ruboris Kallies, 1998  , and Synechodes fulvoris Kallies, 1998  . It is possible that these five species represent a genus distinct from Synechodes  ; however, due to the morphological diversity observed in this species group and the lack of clearly definable autapomorphic characters, proposing a new genus is premature. 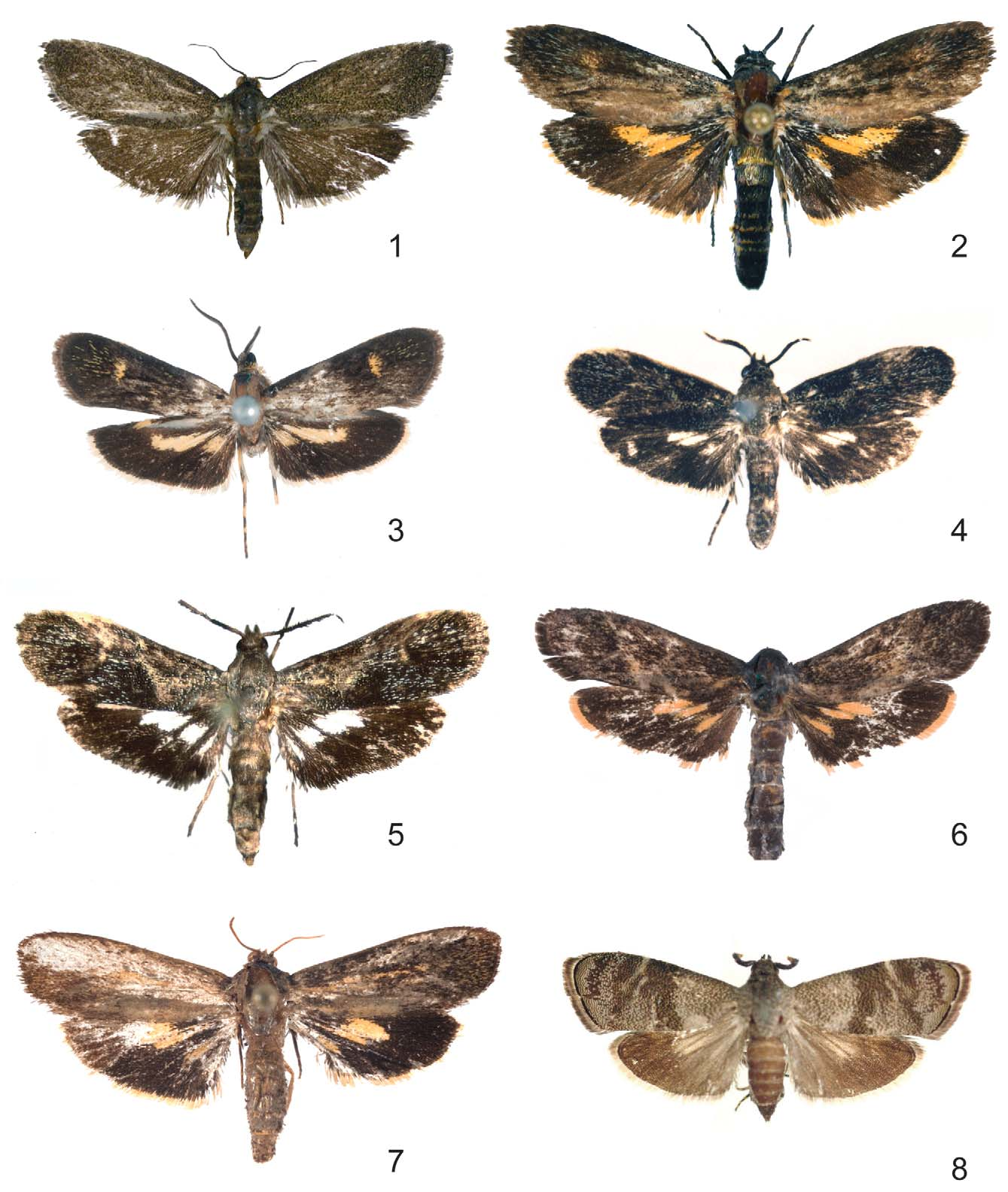 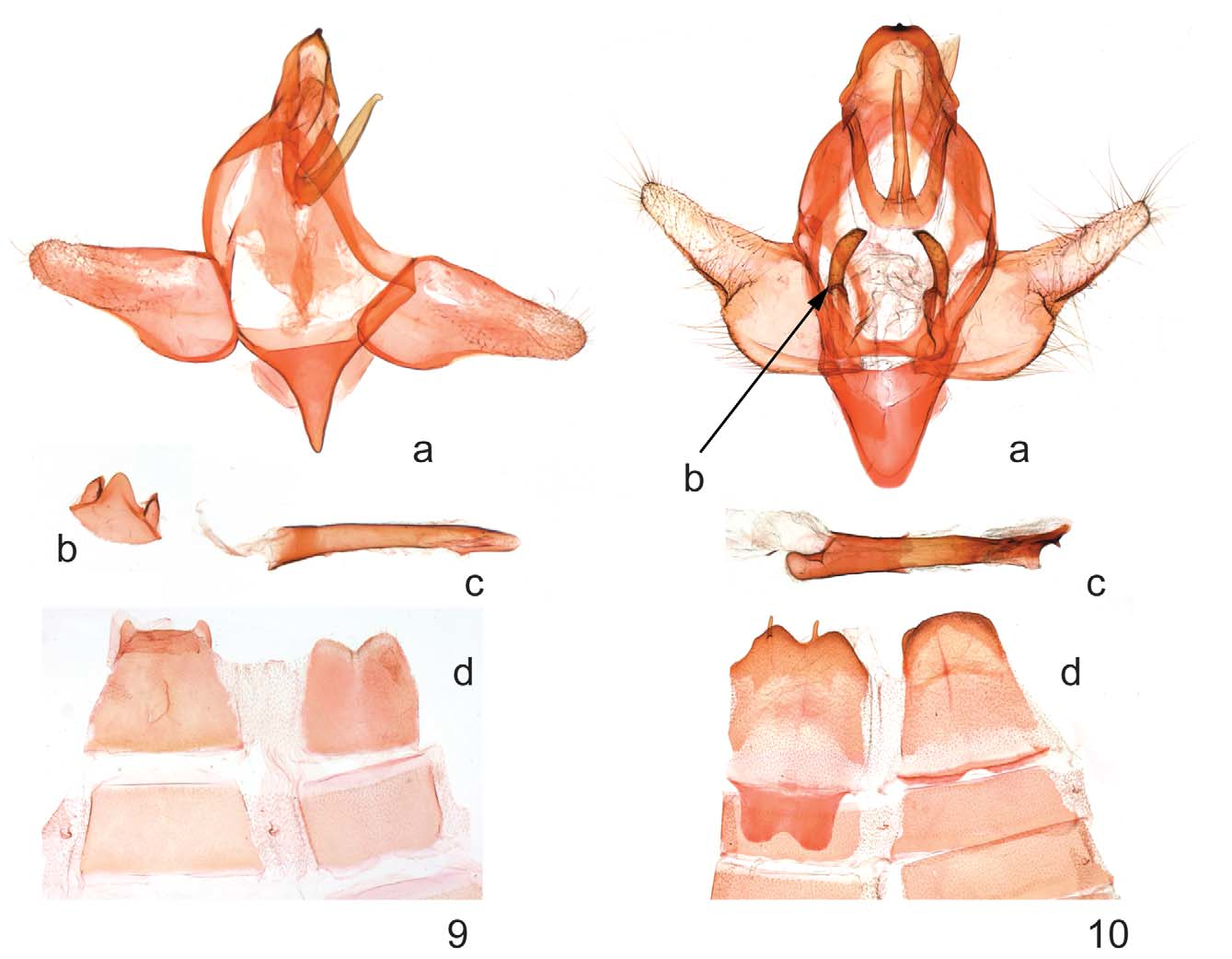