On the basis of fore wing venation (3SR vein shorter than 2SR vein), elongated pterostigma (Fig. 1C View Figure 1 ), and its short and broad petiole (Fig. 1D View Figure 1 ), E. antennalis sp. nov. belongs to the persicae species group ( Gärdenfors, 1986). However, the long 12-segmented antennae (Fig. 1A View Figure 1 ) distinguish the new species from all the members of the persicae group, as well as from all other congeneric species.

Head. Malar index equal to approximately 0.20 of the longitudinal eye diameter. Clypeus oval with eight long setae. Tentorial index approximately 0.35. Maxillary palps with four, labial palps with two palpomeres. Antennae 12-segmented, filiform, with semierect setae which are shorter than half of the segments’ diameter (Fig. 1A View Figure 1 ). F1 and F2 elongated, 4.25 and 3.6 times as long as wide, respectively (Fig. 1B View Figure 1 ). F1 subequal to F2. F1 with two, F2 with three (Fig. 1B View Figure 1 ), F3 and F4 with five longitudinal placodes. Antennae not thickened towards apex, F9 well separated from F10 (whereas in E. persicae F8 and F9 are not well separated and form a kind of club).

Ephedrus antennalis sp. nov. was collected in the Western Caucasus Mountains of Russia, and that is the only locality where the species has been found to date.

The new species takes its name from an unusual number of antennal segments (12), unique within the genus Ephedrus . 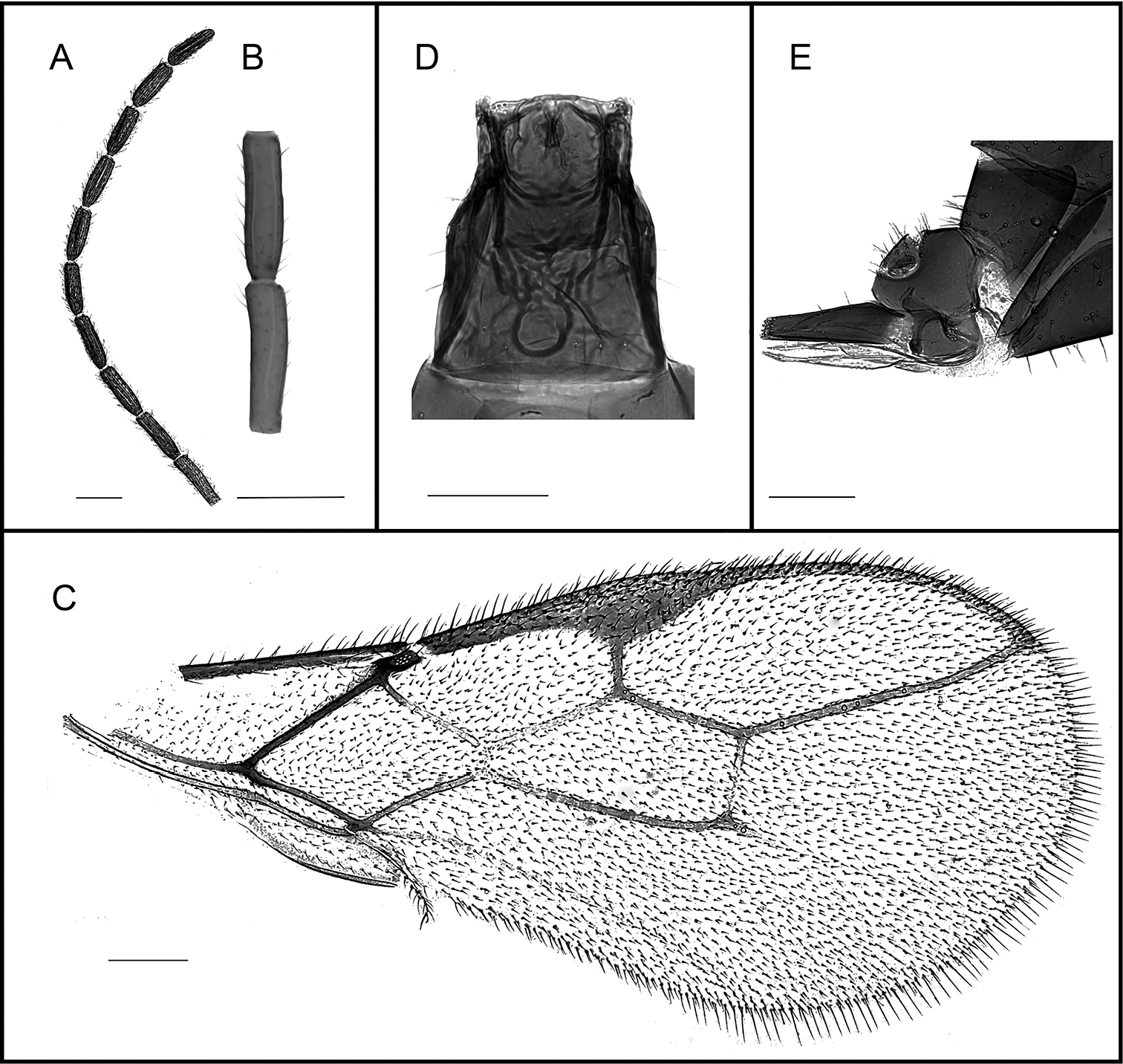