Head: Eye margin weak, with a small denticle by insertion of antennae; with a very narrow supra-ocular sulcus. Eyes slightly prominent. Puncturation on head uniformly fine and very dense; space between punctures smaller than their diameter. Two types of golden pubescence, one long, erect, a second short, very dense, recumbent. Pubescence on frons orientated towards clypeum; pubescence on the lateral and basal areas orientated towards vertex.

Pronotum: Transvere, slightly narrower than base of elytra, lateral margins regularly and slightly curved. Very finely bordered; border narrowing towards base, in which it becomes almost unappreciable. Puncturation similar to that on head, denser on disc, less dense on margins, very uniform; spaces between punctures wider than diameter. Two types of setae, one long (much longer than on head), erect and castaneous; a second shorter, anteriorly recumbent, golden. The recumbent setae forming a weakly defined pattern.

Aedeagus ( Fig. 2View FIGURES 1 – 3): Distal part of parameres and lateral sides of median lobe with a marked transverse reticulation, giving an overall dull appearance. Apex of parameres very narrow, with a deep emargination; with a denticular process in the medial part.

Comparative notes. The presence of reticulation in the aedeagus is unique among the known species of Caccothryptus  . Among the species of the C. compactus  group, the species can be easily distinguished by its narrow parameters in ventral view ( Fig. 2View FIGURES 1 – 3 B), leaving a broad space between the median lobe and the apex of the parameters (see Figs 11-14 in Hernando & Ribera 2014).

Etymology. Named after Harald Schillhammer, collector of the type series and specialist in Staphylinidae  (and mineralogy).

Distribution. So far only known from the type locality. 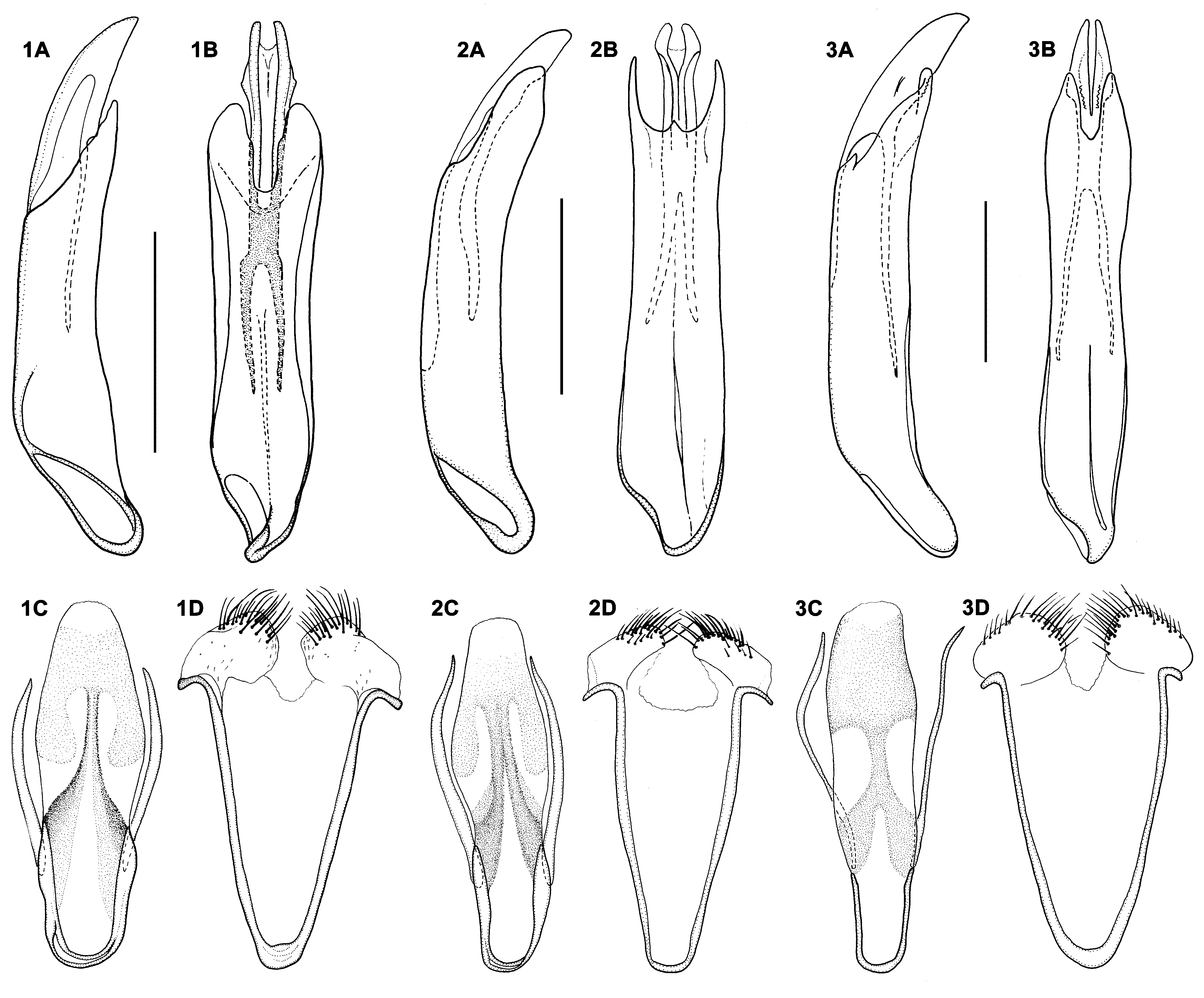