C. jlavipes  was described from a female specimen from ·Prom. bon. sp.' (probably Table Mountain, Cape Town) and as my records show the species to be confined to the Cape Province from the Cape Peninsula to the eastern Cape Province I have little doubt that males subsequently identified as C. jlavipes  are truly the males of this species. Oldroyd (1974) places Dasythrix nigrapex Bigot  in his list of synonymy but since the type locality of this species is in Natal there is a strong possibility that this species is not the same as C. jlavipes.  I have not seen Bigot's material; if D. nigrapex  is indeed a Choerades  there is the. possibility that it is C. aureopilosa  in which case Bigot's name will have precedence over that of Ricardo.

The male terminalia ( Fig. 3View Figs 1-5) of C. jlavipes  are illustrated for comparison with other species. Fused gonopodal setae (4 or 5 in number) are short and inwardly directed. Two groups of well-developed setae lie posteriorly of the gonopodaJ setae. The first group contains two setae the second group four. 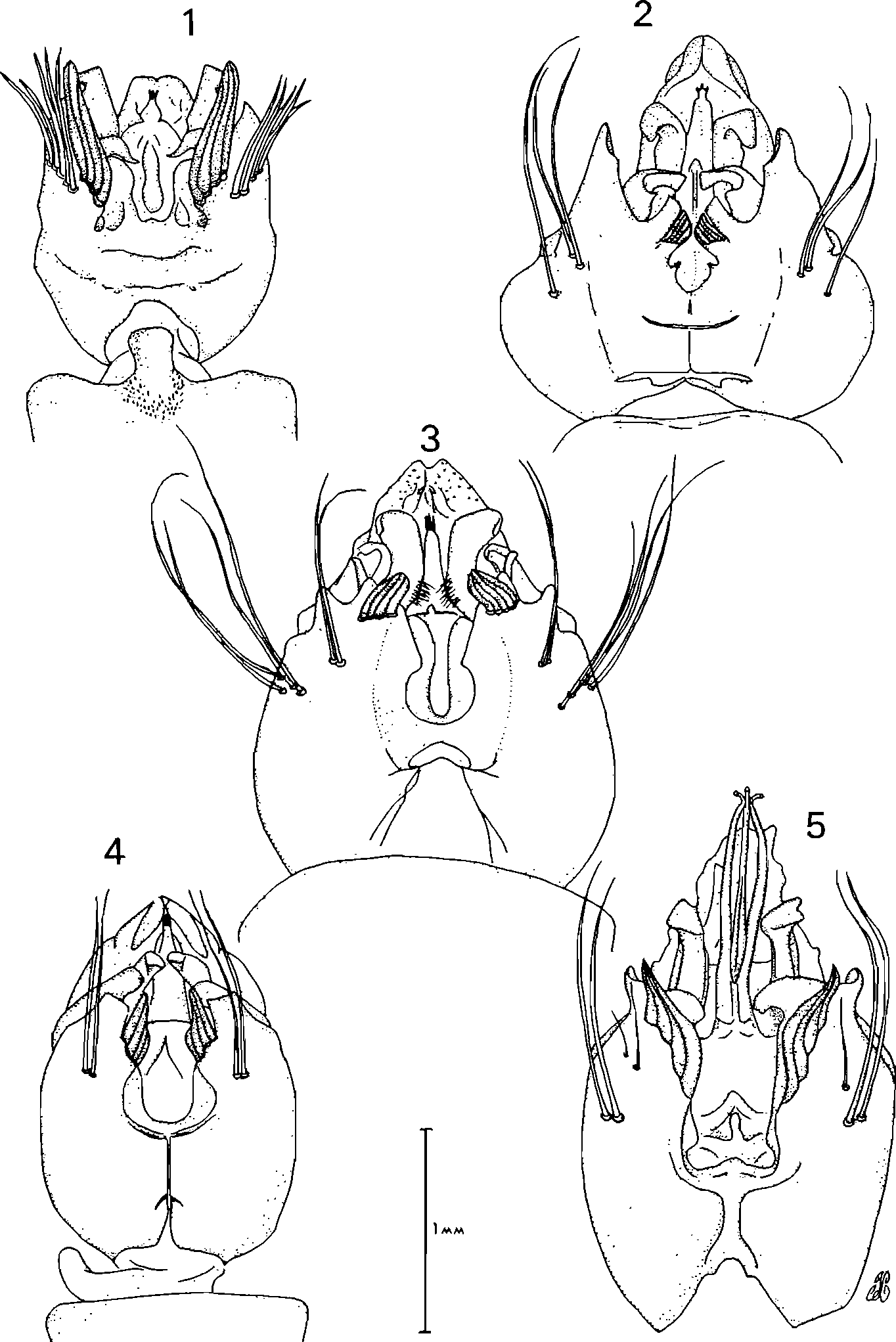