CHELICERAE. As in Fig. 276View FIGURES 275–276, with pair of long lateral apophyses directed towards lateral and anterior, and pair of small proximal lateral processes.

Natural history. The spiders were found in a degraded forest in a ravine leading into the lake; their domed webs had a diameter of ~ 30 cm and were built in sheltered spaces among rocks near the ground. 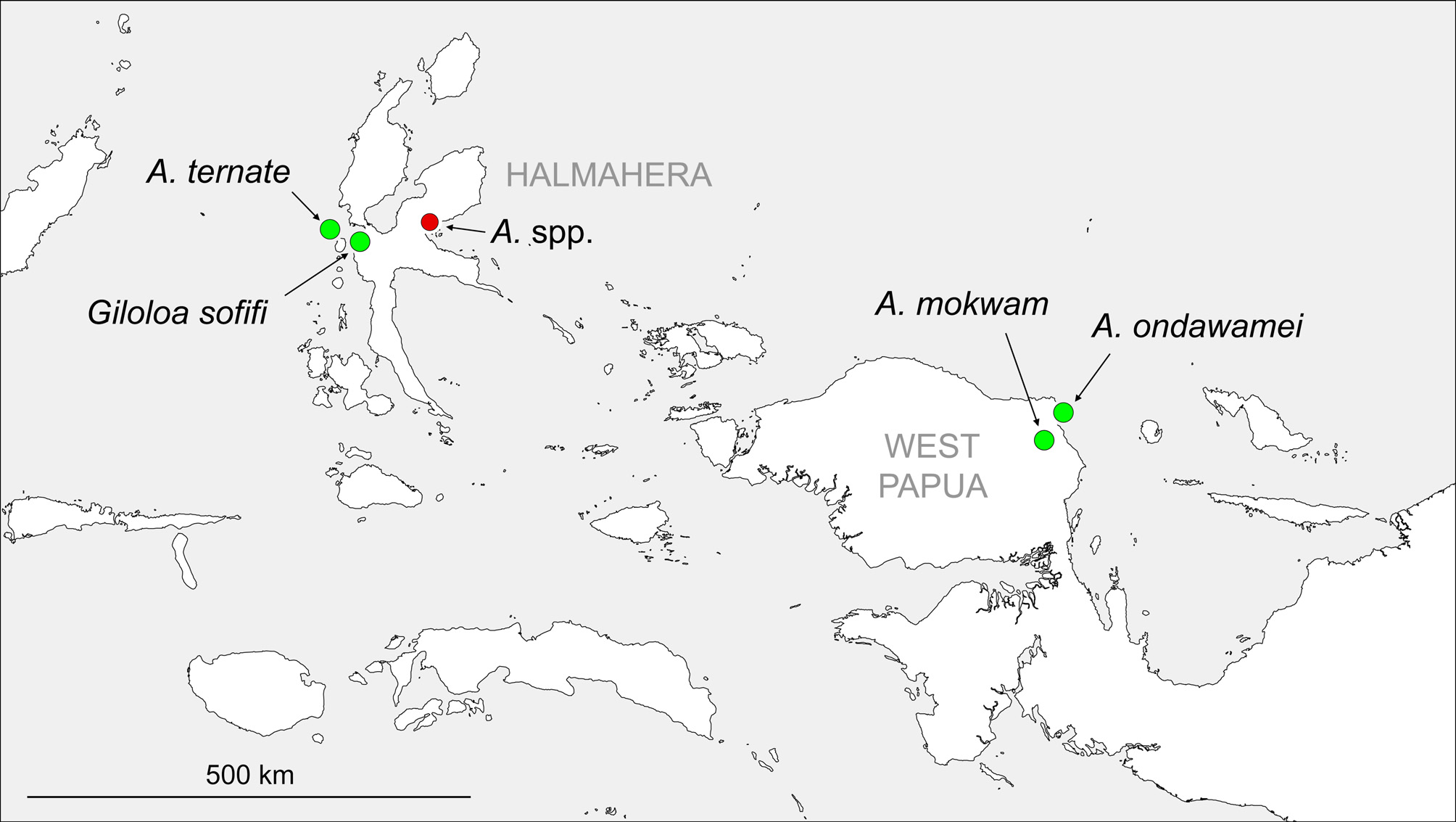 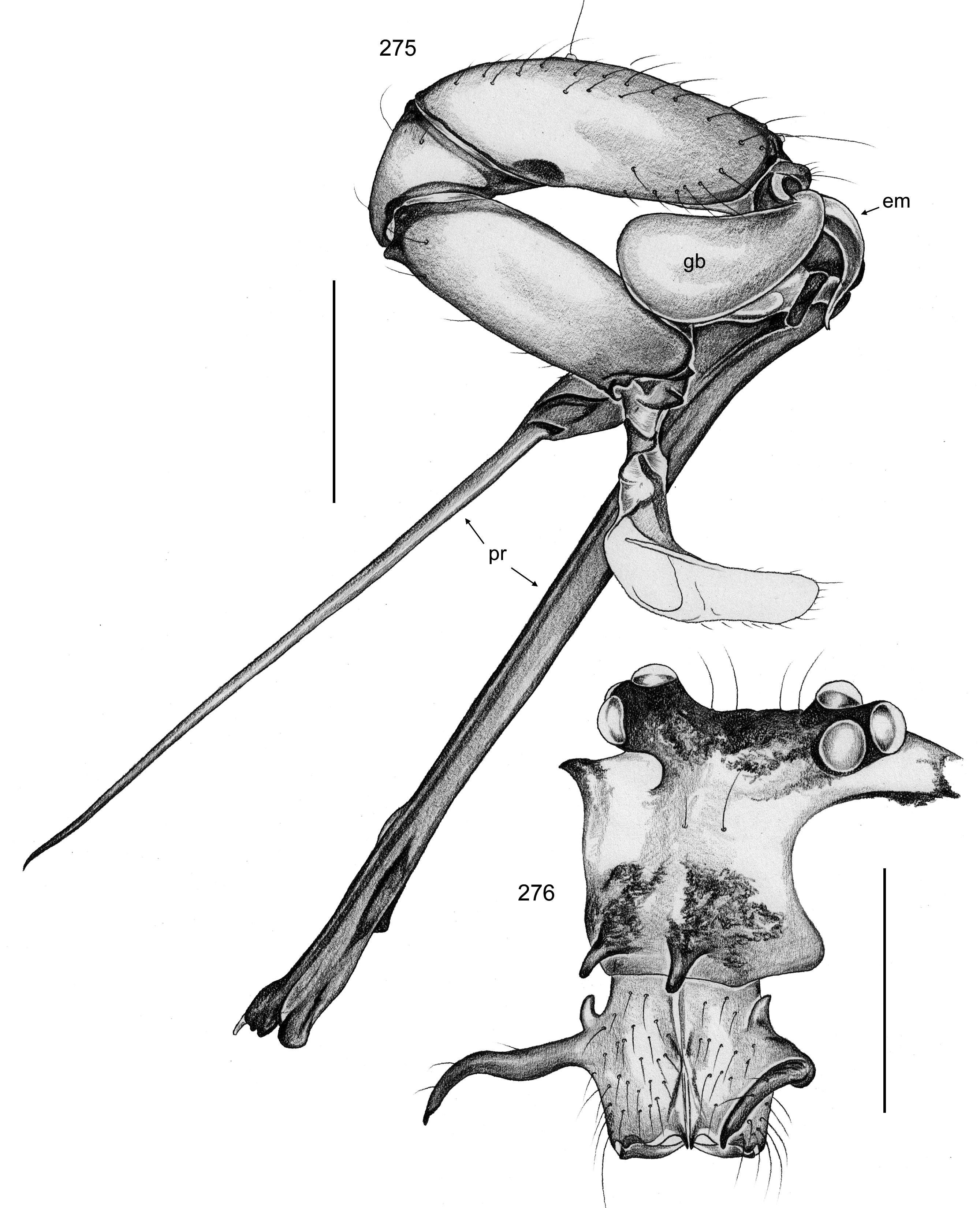