Etymology. The species is named for the Togutil people in the interiors of north and central Halmahera; noun in apposition.

Natural history. The spiders were found in a disturbed forest ( Fig. 341View FIGURES 336–341), on the undersides of green leaves about 1–2 m above the ground. The indistinct domed webs were connected to the undersides of the leaves at their apex, with a few silk lines extending beyond the leaves. Most specimens were found in a dryer patch of forest higher up on the hill. 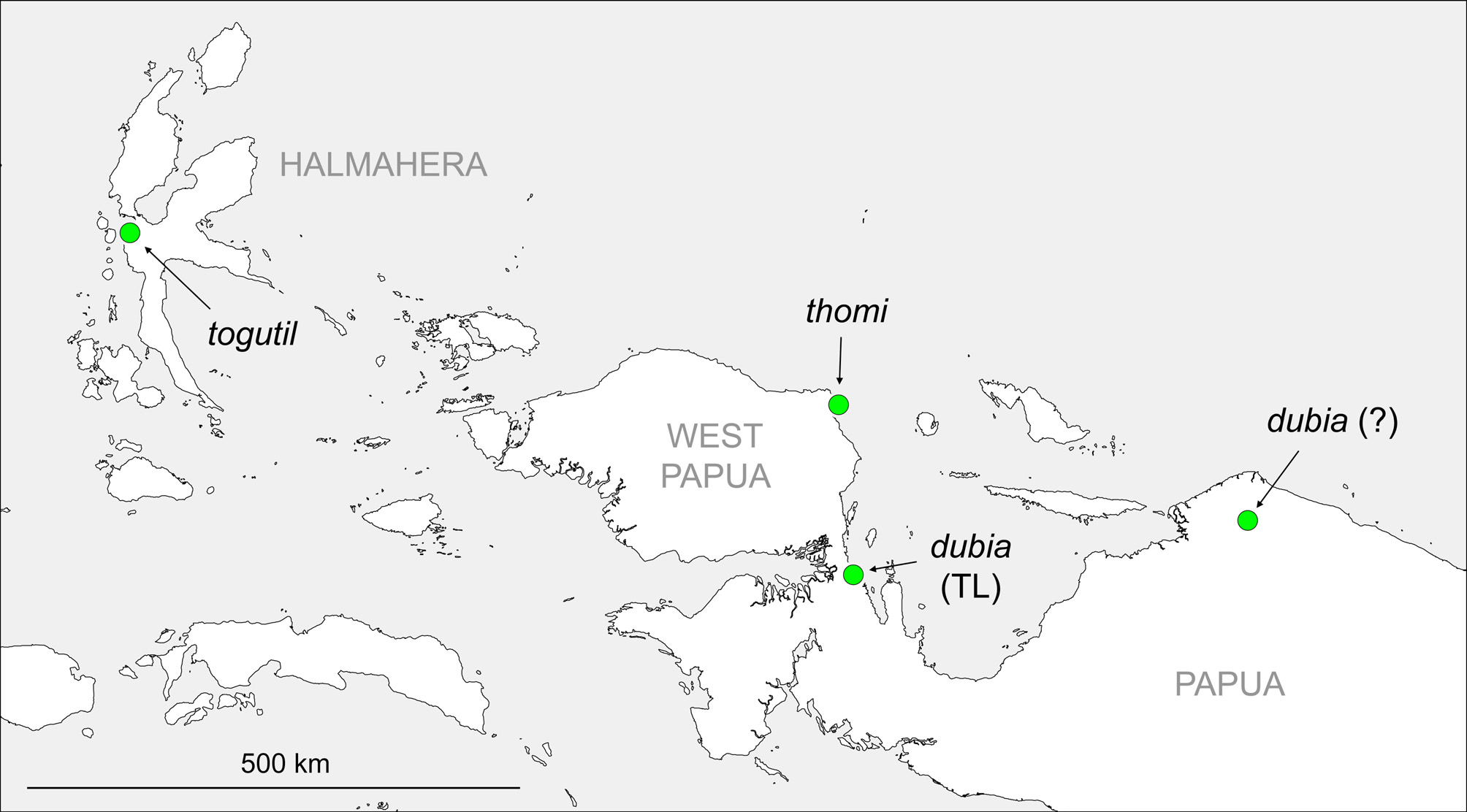 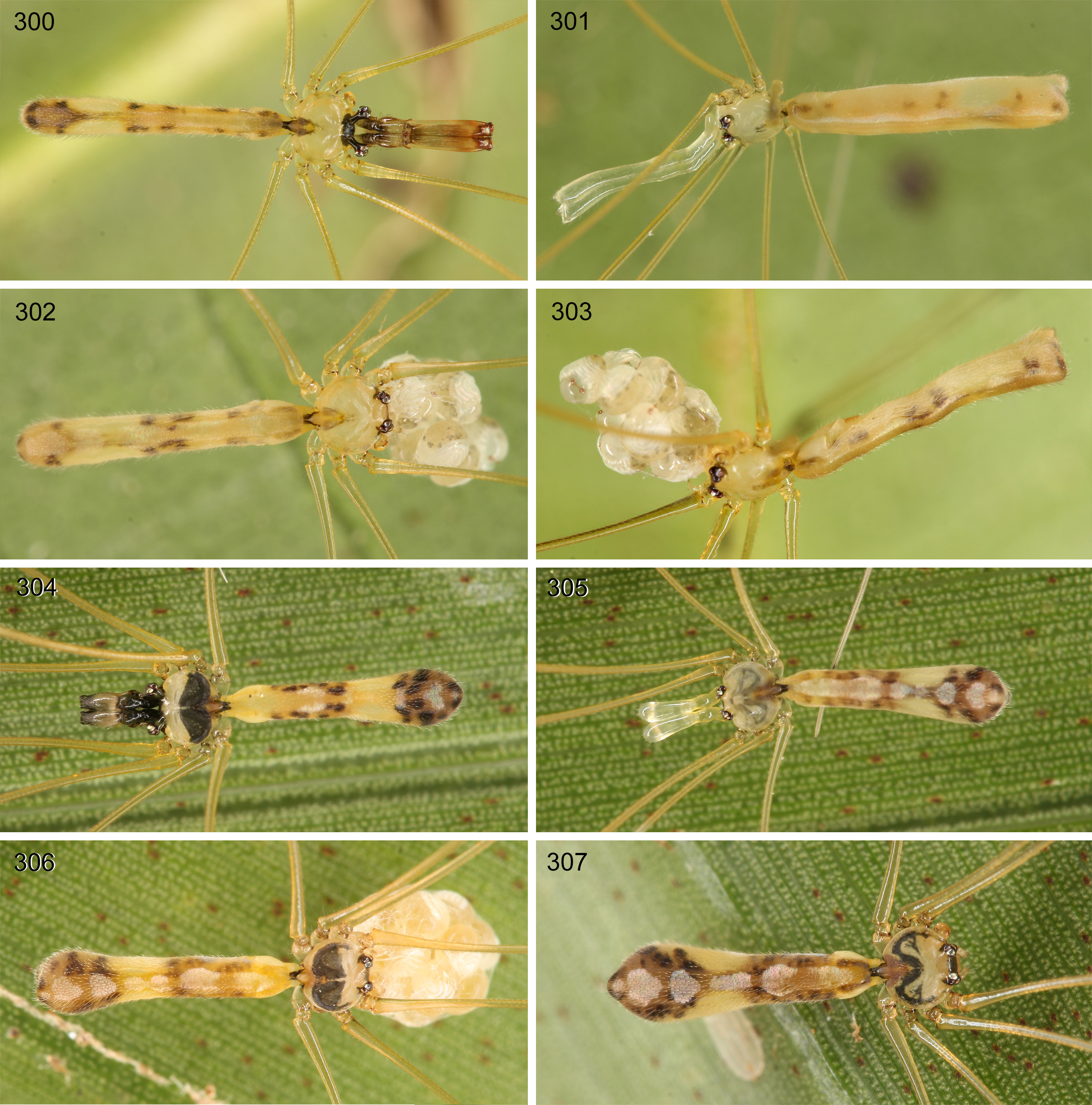 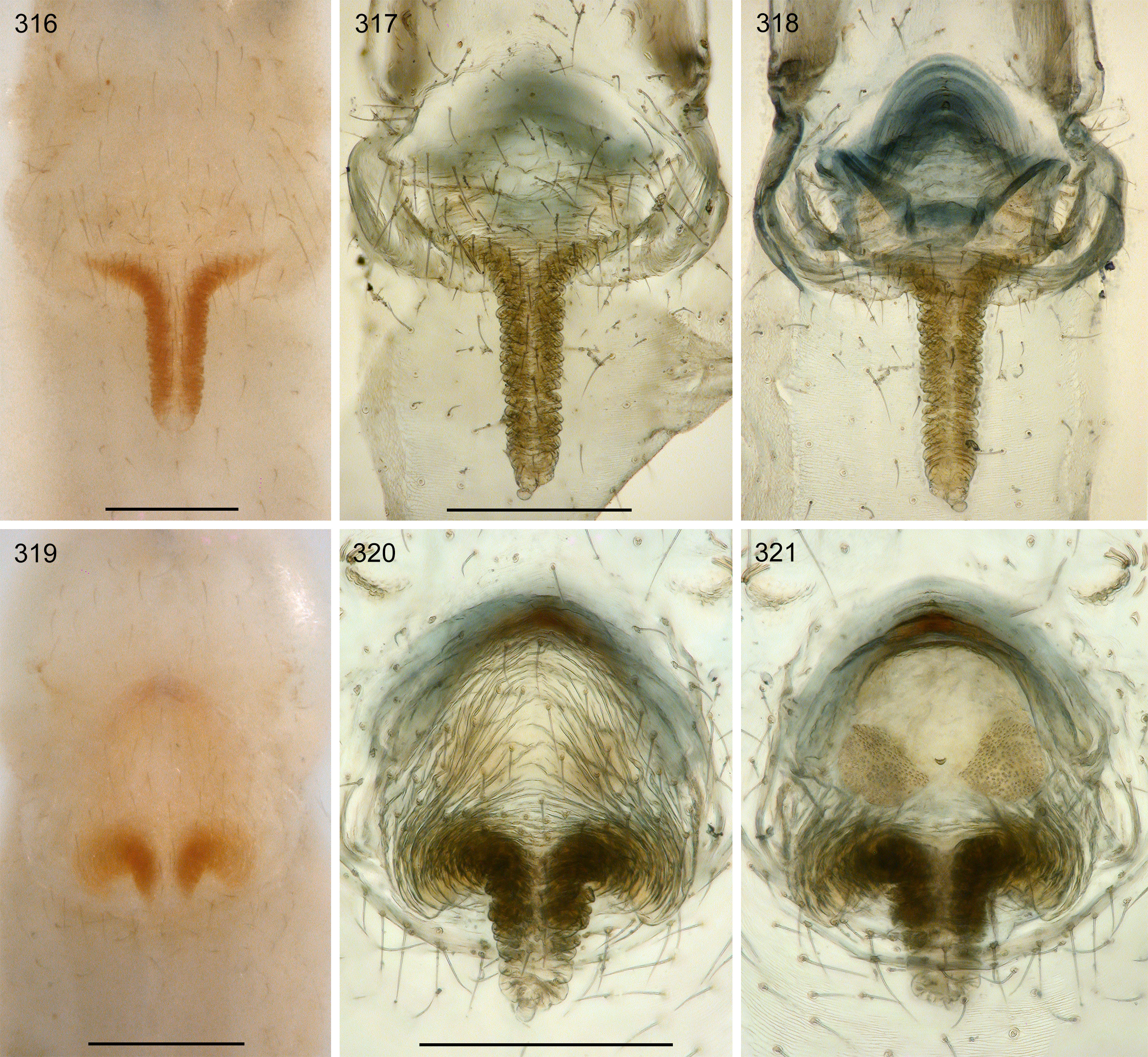