Notes. With the transfer of the New Guinean species Psilochorus nigromaculatus Kulczyński, 1911  to Arnapa  gen. n. (see above), Psilochorus  is finally a pure New World genus. However, Psilochorus  continues to be among the very few pholcid genera with autochthonous representatives in both North and South America. The type species is North American; North American taxa have been revised and diagnosed recently ( Slowik 2009) but that study excluded the rich Mexican fauna. The generic assignment of South American representatives has long been doubted ( Huber 1998). The recent molecular phylogeny of Pholcidae ( Eberle et al. 2018)  recovered North American and South American clades but did neither support nor contradict a sister group relationship between them. Morphological data are equally ambiguous with respect to the sister groups of the two clades. Consequently, there is currently no clear justification for splitting the genus.

Seven nominal species from South America are currently assigned to Psilochorus  . Of these, the identity of five is dubious: P. sectus Mello-Leitão, 1939  ; P. taperae Mello-Leitão, 1929  ; P. bruneocyaneus Mello-Leitão, 1941  ; P. marcuzii Caporiacco, 1955  ; P. minimus Schmidt, 1956  . Of the other two species ( P. itaguyrussu Huber et al., 2005  and P. ybytyriguara Huber et al., 2005  ) only the males are known. They were assigned to Psilochorus  based on the striking similarity of the male pedipalps, but the cladistic analysis of morphological data did not convincingly support this solution (Huber et al. 2005).

The recent molecular phylogeny of Pholcidae ( Eberle et al. 2018)  included three South American species tentatively assigned to Psilochorus  : P. itaguyrussu  and two undescribed species. Of the latter, one is known from females only and thus not formally described here (its female genitalia are shown in Figs 252–254View FIGURES 252–263). The second is represented by both males and females and formally described below. Numerous further species are known to exist in the Atlantic Forest of Brazil ( Fig. 348View FIGURE 348). We suspect that this clade is in fact restricted to the Atlantic Forest and that most or all of the five dubious South American species above are misplaced. 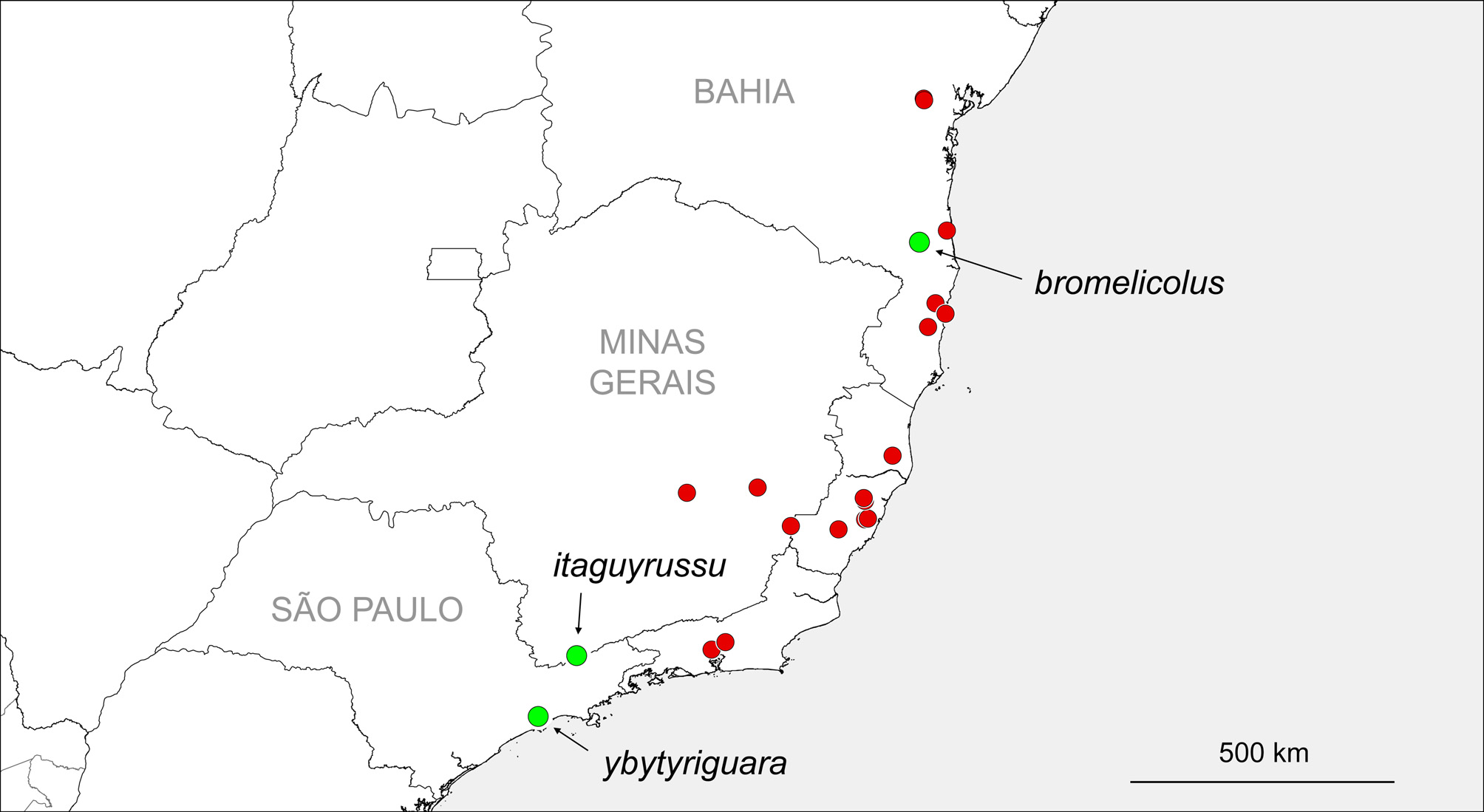