Assigned tentatively. The following records are based on juveniles only. Since this seems to be the only epigean and non-synanthropic Artema  species in eastern Oman, the assignments are likely to be correct.

LEGS. Without spines and curved hairs, few vertical hairs; regular mechanoreceptive hairs either thick and very long (on all leg segments except on tarsi; length ~0.75–2.1) or thin and short (very dense on all leg segments; length ~0.08–0.15); retrolateral trichobothrium of tibia 1 at 6%; prolateral trichobothrium present on all tibiae; tarsus 1 with ~15 pseudosegments, very indistinct.

Male (variation). The other three males examined are larger in all respects but genitalia and chelicerae appear largely identical and the male from near Fasah is accompanied by two females that share the highly distinctive epigynum of the female from the type locality; the males are thus all considered conspecific. Tibia 1 in two other males (missing in third male that is severely damaged): 12.9, 13.2; palpal femur length in holotype: 1.50, in other males: 1.80, 1.85, 2.20. Males from near Miskin and from near Fasah with slightly larger bulbal process c, and clearly larger bulbal process d.

Natural history. This species was found under rocks in very dry rock deserts, in the entrance area of caves, and in a ravine in the Al Hajar Mountains. Large and adult specimens seemed to be restricted to large rocks, which explains why only juveniles were found at several localities (large rocks were usually present but too heavy to move). Usually, a small part of the web extended from under the rock, but webs of juveniles were indistinguishable from those of syntopic Crossopriza  species. When disturbed (by turning the rock), some specimens remained on the rock, others ran away very rapidly. Webs often contained numerous shed skins, suggesting that they had been used for a long time without much web replacement. Two egg sacs contained about 50 eggs each and were covered by a variably dense layer of silk. 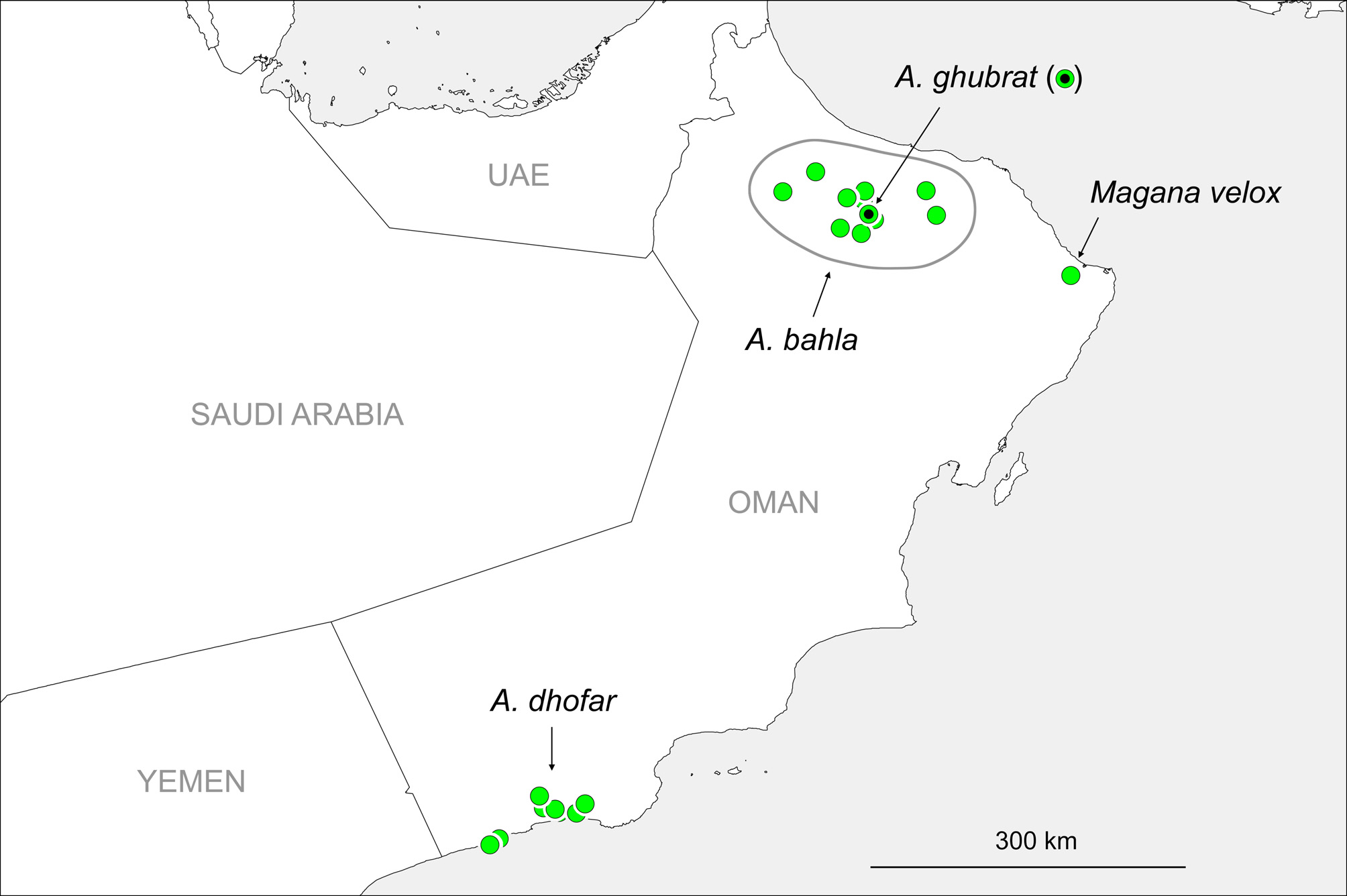 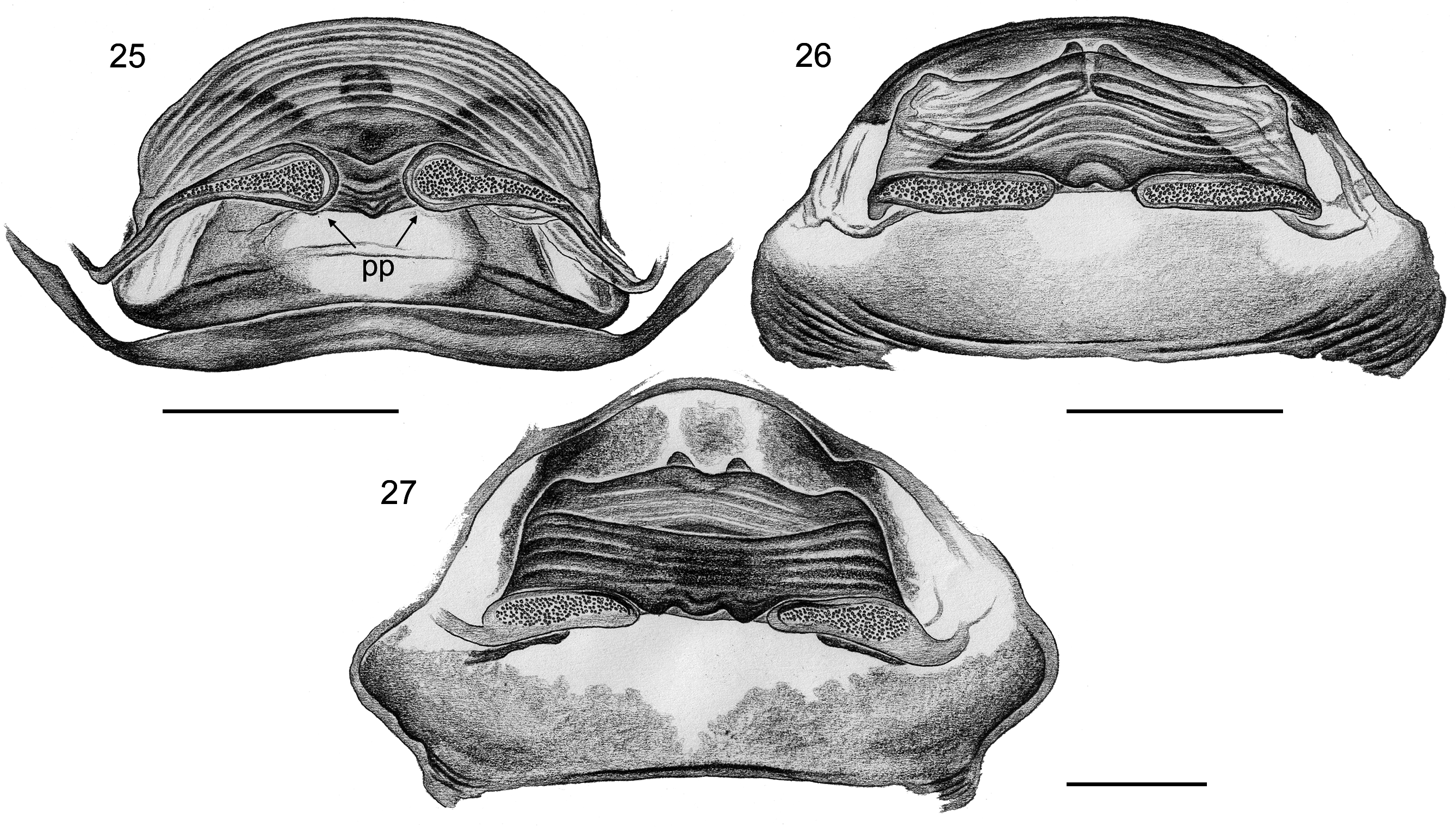 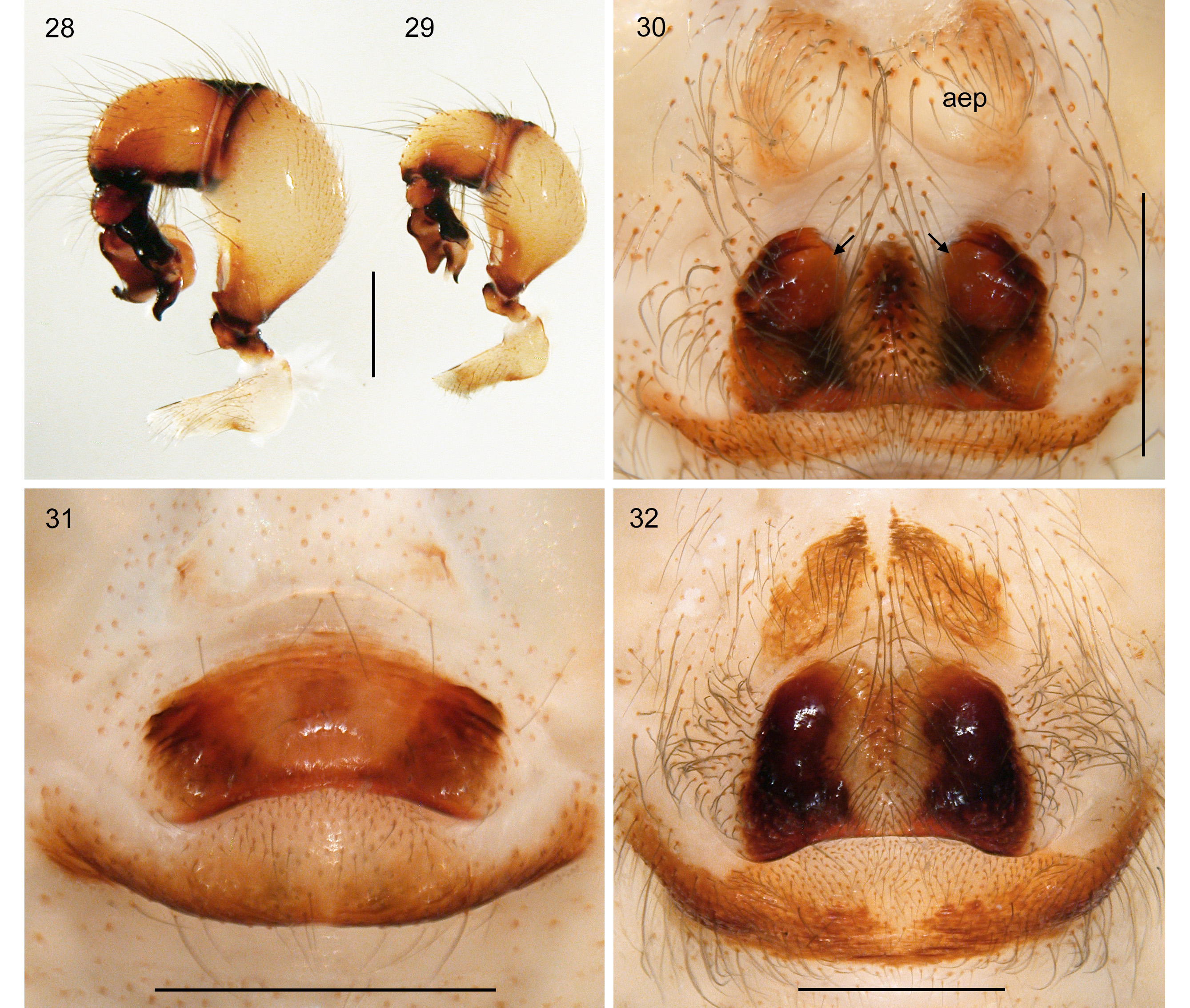