BODY. Habitus as in Figs 39, 41, 43View FIGURES 39–44. All eyes on raised ocular area. Carapace with distinct median furrow, without pit. Clypeus unmodified or slightly more prominent than in females, only in A. tinoor  with rounded median projection ( Fig. 68View FIGURES 65–69). Chelicerae with cone-shaped apophyses in species-specific arrangement, always with distinct stridulatory ridges. Gonopore without epiandrous spigots ( Fig. 101View FIGURES 98–104). ALS with one strongly widened and one long pointed spigot each ( Fig. 97View FIGURES 90–97); PMS with two spigots each; PLS without spigots.

Monophyly. The recent molecular phylogeny of Pholcidae ( Eberle et al. 2018)  included four representatives of Arnapa  and a total of 12 representatives of Wugigarra  , Holocneminus  , and Trichocyclus  . Arnapa  was recovered with maximum support, but there is no obvious morphological character that is likely to provide a synapomorphy for the genus. The diagnosis above shows that similarities exist with each of the three closely related genera, but in the absence of a comprehensive cladistic analysis it is generally not known which character states are plesiomorphic and which apomorphic.

Composition/Diversity. The genus currently includes six species: the five species newly described below, plus Arnapa nigromaculatus ( Kulczyński, 1911)  comb. n. that is newly transferred from Psilochorus  . The latter species originates from Indonesia, West Papua, “Manikion” (~ 1.49°S, 133.94°E). The only known specimen (male holotype) could not be found at the Museum and Institute of Zoology of the Polish Academy of Sciences, Warsaw (W. Wawer, pers. comm. July 2018). Kulczyński’s (1911) reasonably good drawings of the male palp suggest that it is likely to be closely related to the species newly described below but not conspecific with the geographically close A. arfak  , nor with any of the other four species described below.

Several additional species exist in collections (Institut Royal des Sciences Naturelles de Belgique, Brussels; Natural History Museum, London; and Netherlands Centre for Biodiversity Naturalis, Leiden). The Pholcidae  of New Guinea are extremely poorly known and it seems likely that the island is home to many dozen species of this genus.

Distribution. Widely distributed in eastern Indonesia ( Fig. 343View FIGURE 343). Further undescribed species that might belong in this genus are known from the Caroline Islands and from New Guinea east to the Louisiade Archipelago. 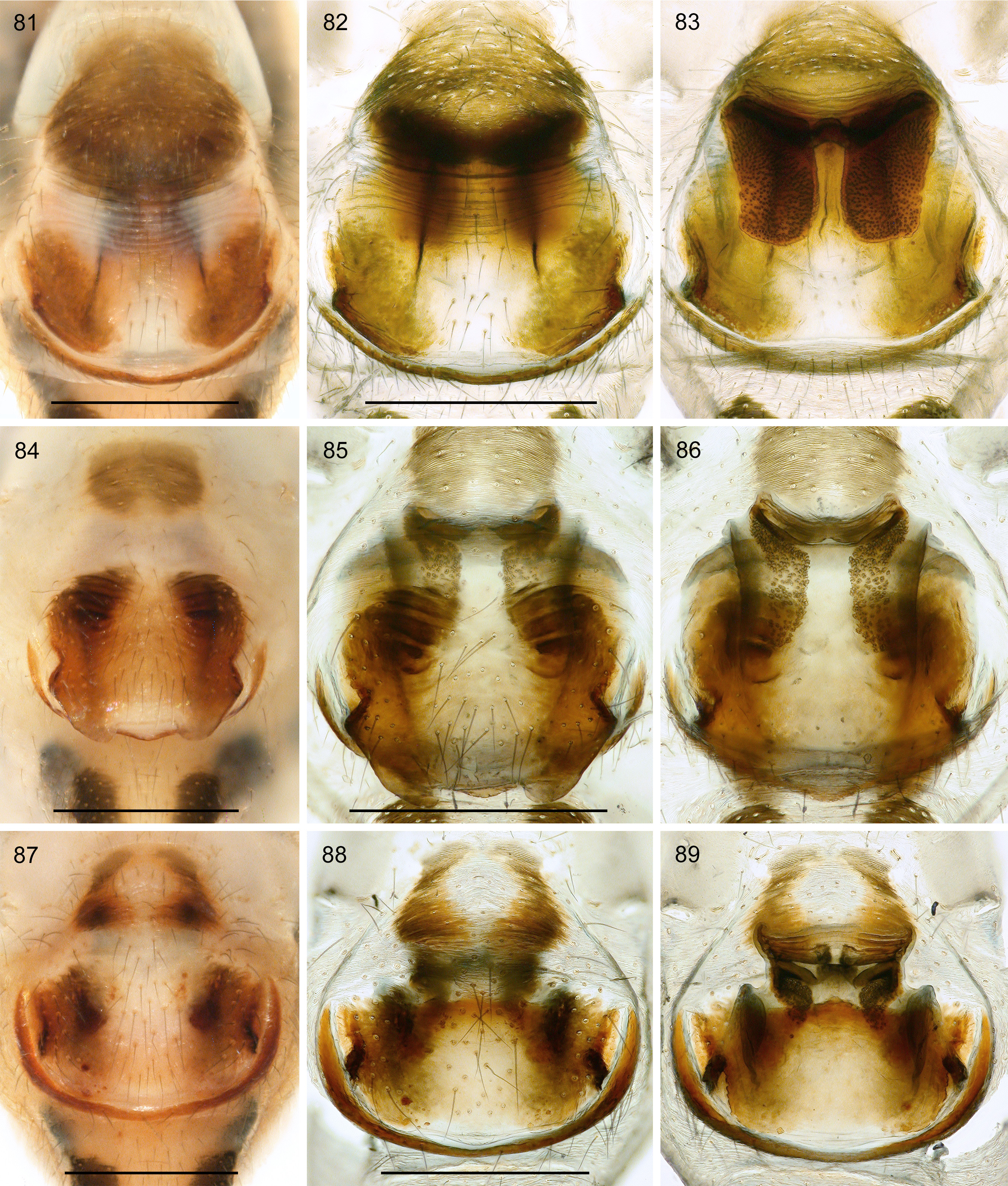