CHELICERAE. As in Fig. 63View FIGURES 60–64, each side with 3–4 large sclerotized cones along lateral margin and 3–4 smaller cones frontally proximally; without modified hairs; with stridulatory ridges.

Male (variation). Size and number of sclerotized cones on chelicerae slightly variable but pattern consistent. Tibia 1 in 5 other males: 5.2–6.1 (mean 5.7).

Natural history. The spiders were found in a degraded forest in a ravine leading into the lake; their domed webs were built among rocks near the ground and under large dead palm leaves lying on the ground. 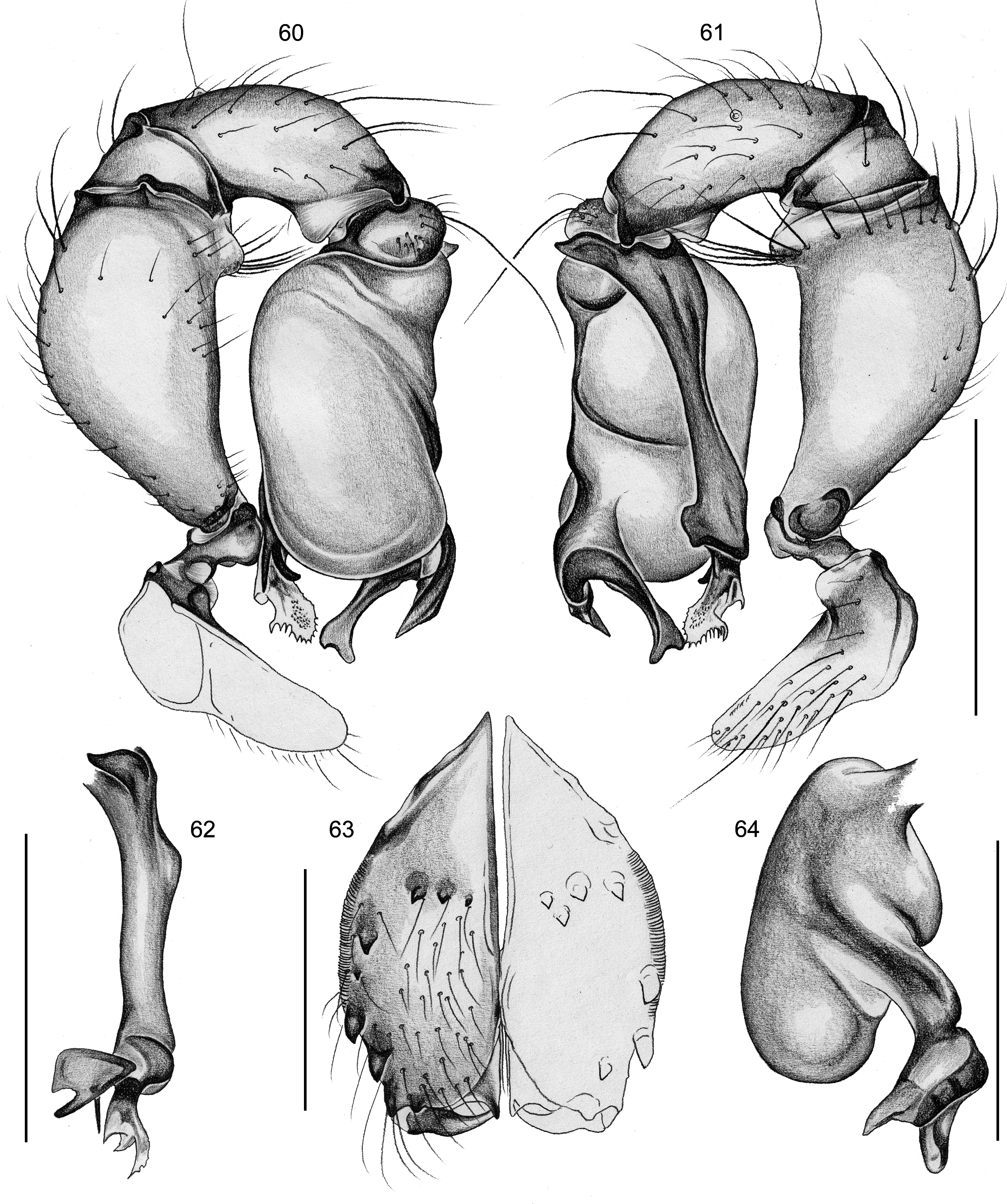 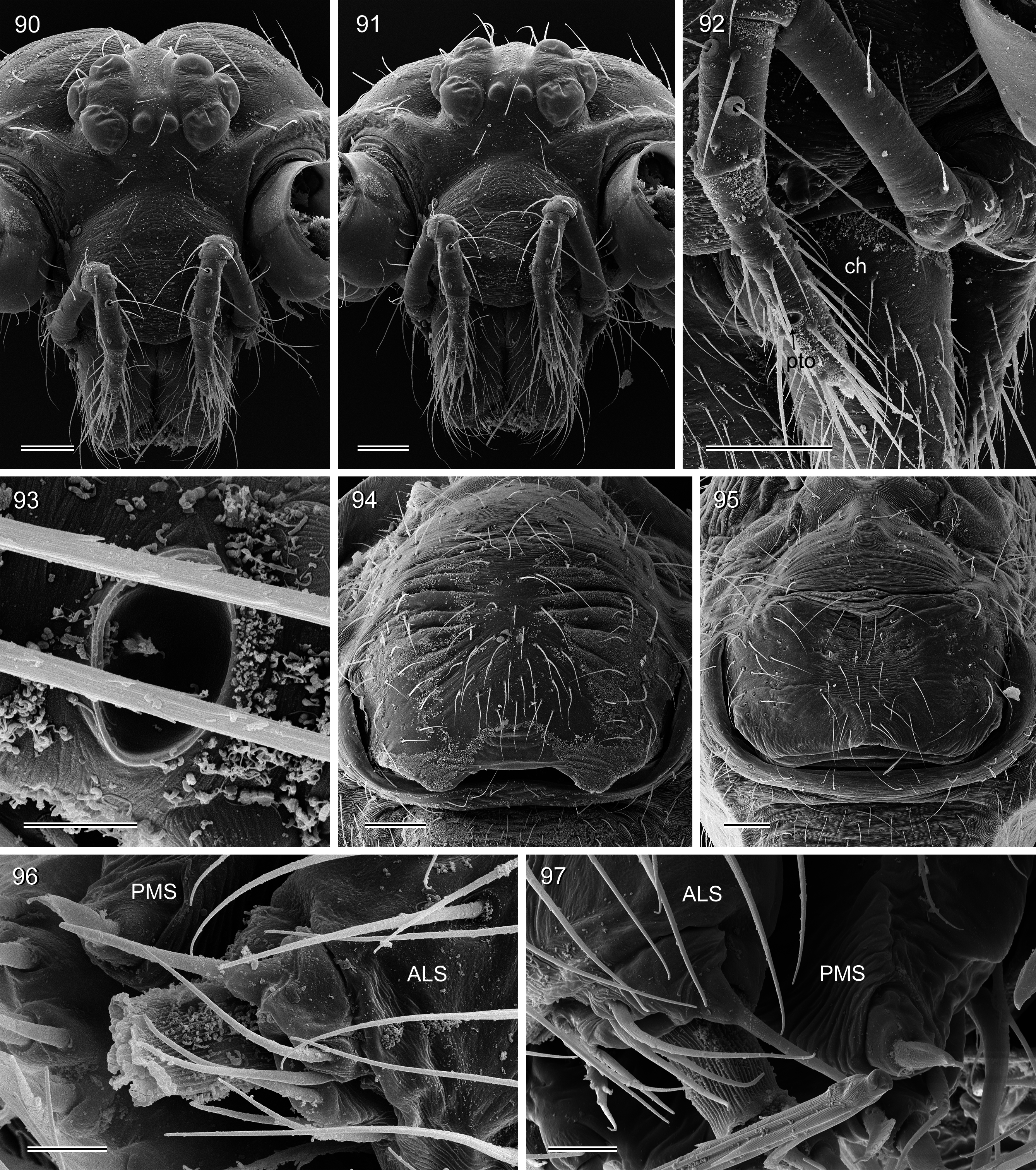