CHELICERAE. As in Fig. 53View FIGURES 50–54, with pair of distal apophyses directed towards median as in A. arfak  but other apophyses in distinctive arrangement; without modified hairs; with stridulatory ridges.

Male (variation). Number and size of sclerotized cones on chelicerae slightly variable but pattern consistent. Tibia 1 in 2 other males 6.7, 7.7.

Natural history. This species was found in small holes in the ground, in domed webs with a diameter of about 15 cm. When disturbed, the spiders usually ran away towards the back of the hole, but sometimes vibrated in their webs. 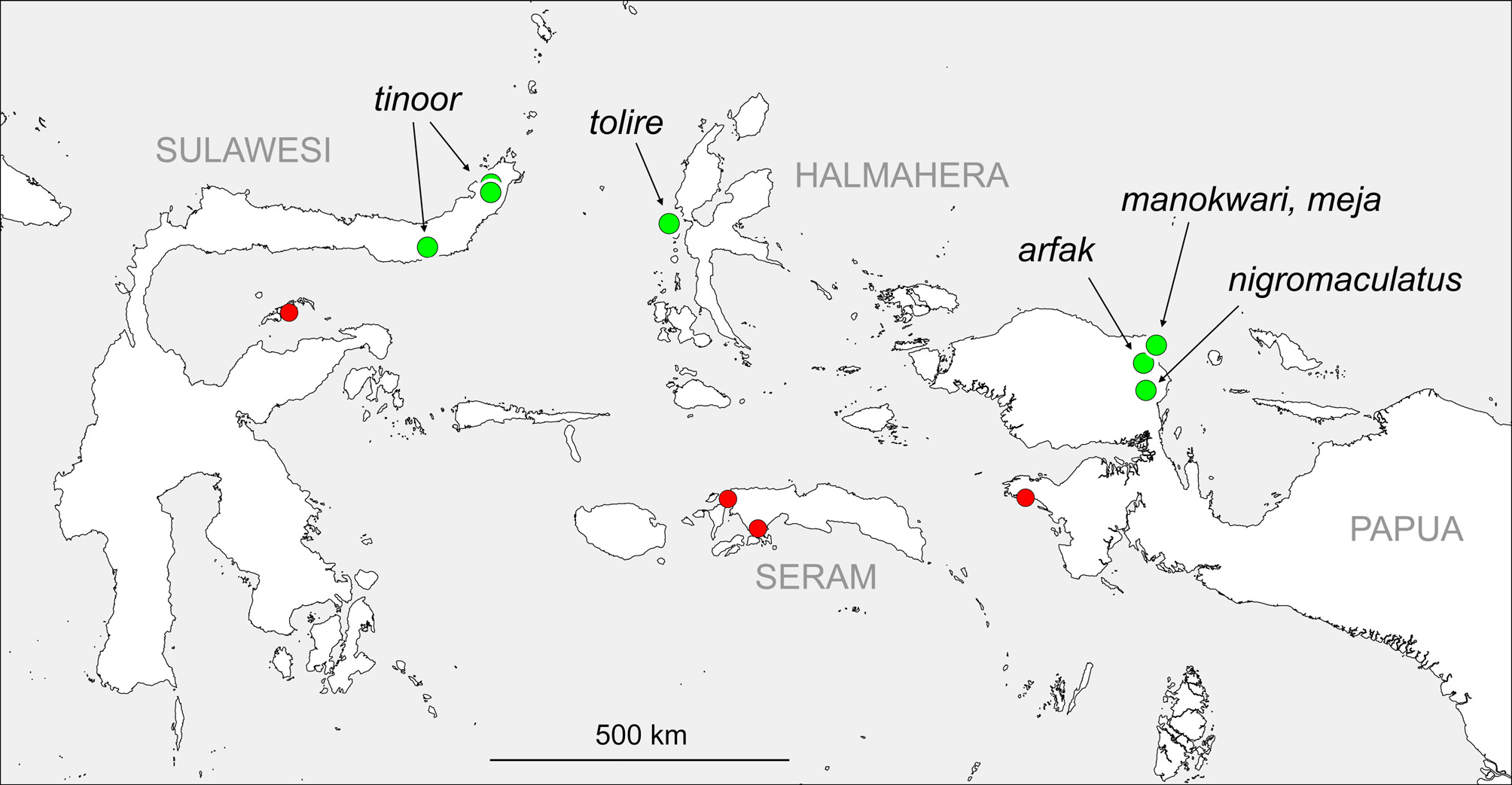 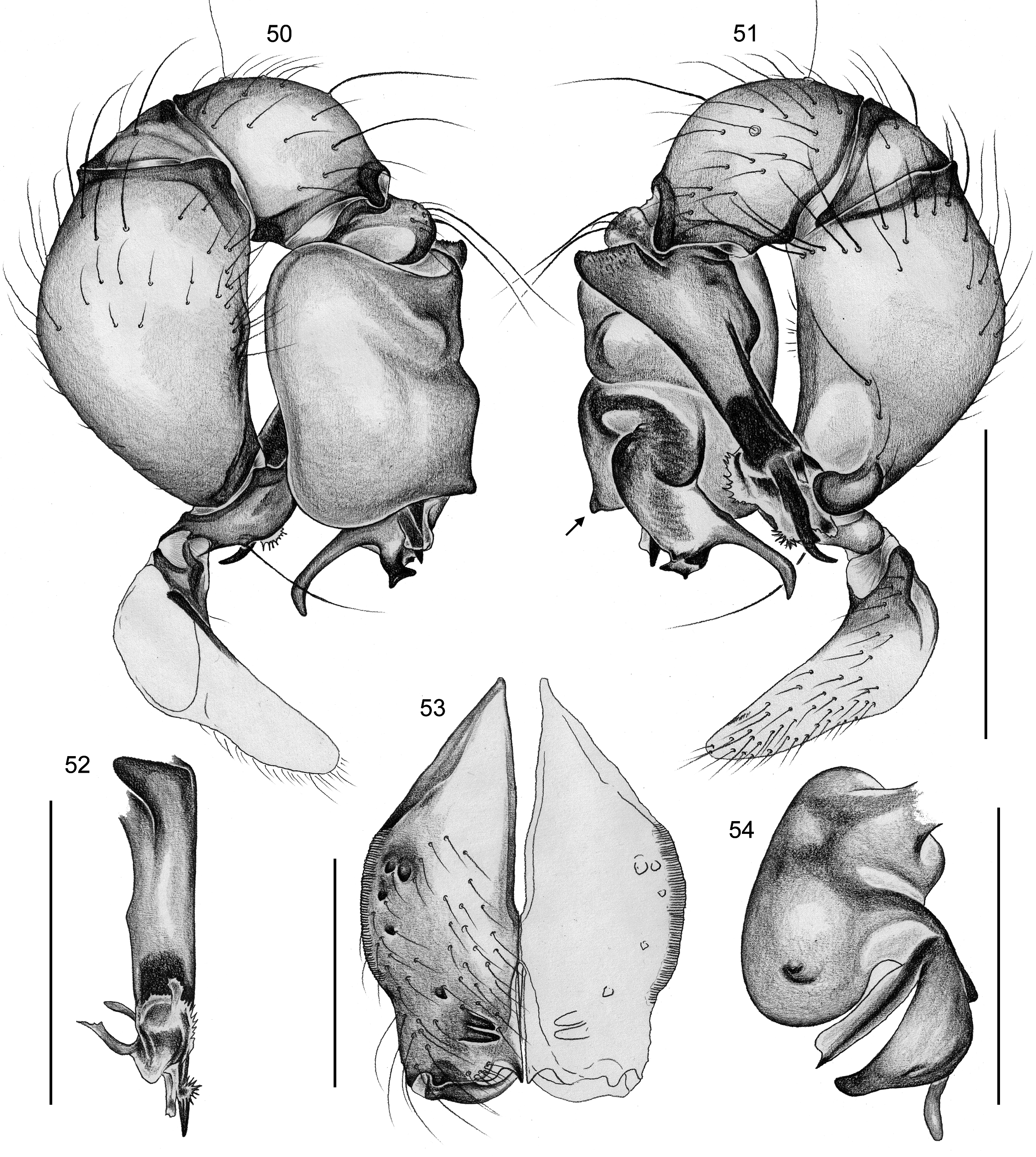 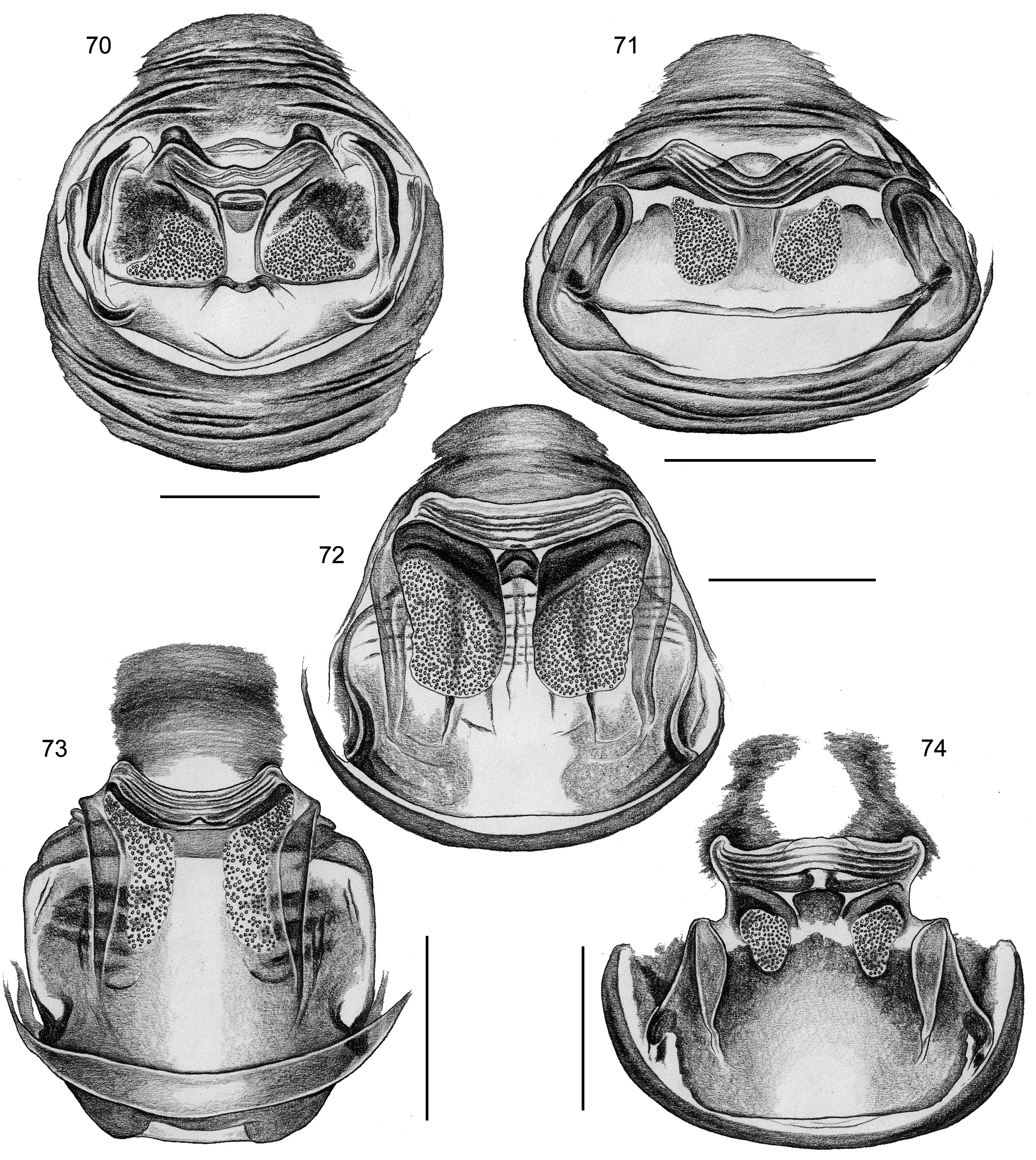