This species was originally published as a variety of Allium senescens , Allium senescens var. minus ‘minor’. However, this Korean endemic taxon has been revealed as a biologically distinct species. It is remarkably well distinguished from its relatives of the section Allium Rhiziridum by having much narrower and shorter leaf blades and scapes, smaller floral organs, non-exerted filaments and earlier flowering season from May to late July (Table 3 View Table 3 ; Fig. 1 View Figure 1 ; Choi and Oh 2010; Choi and Oh 2011). Considering these major differences, Choi and Oh (2010) proposed the rank of species for this taxon as more appropriate than that of variety. Although it is cultivated as a vegetable in South Korea, its natural populations are only known from the type locality so far (Fig. 5 View Figure 5 ). However, this species proved to have been extinct in the natural habitat in this study. 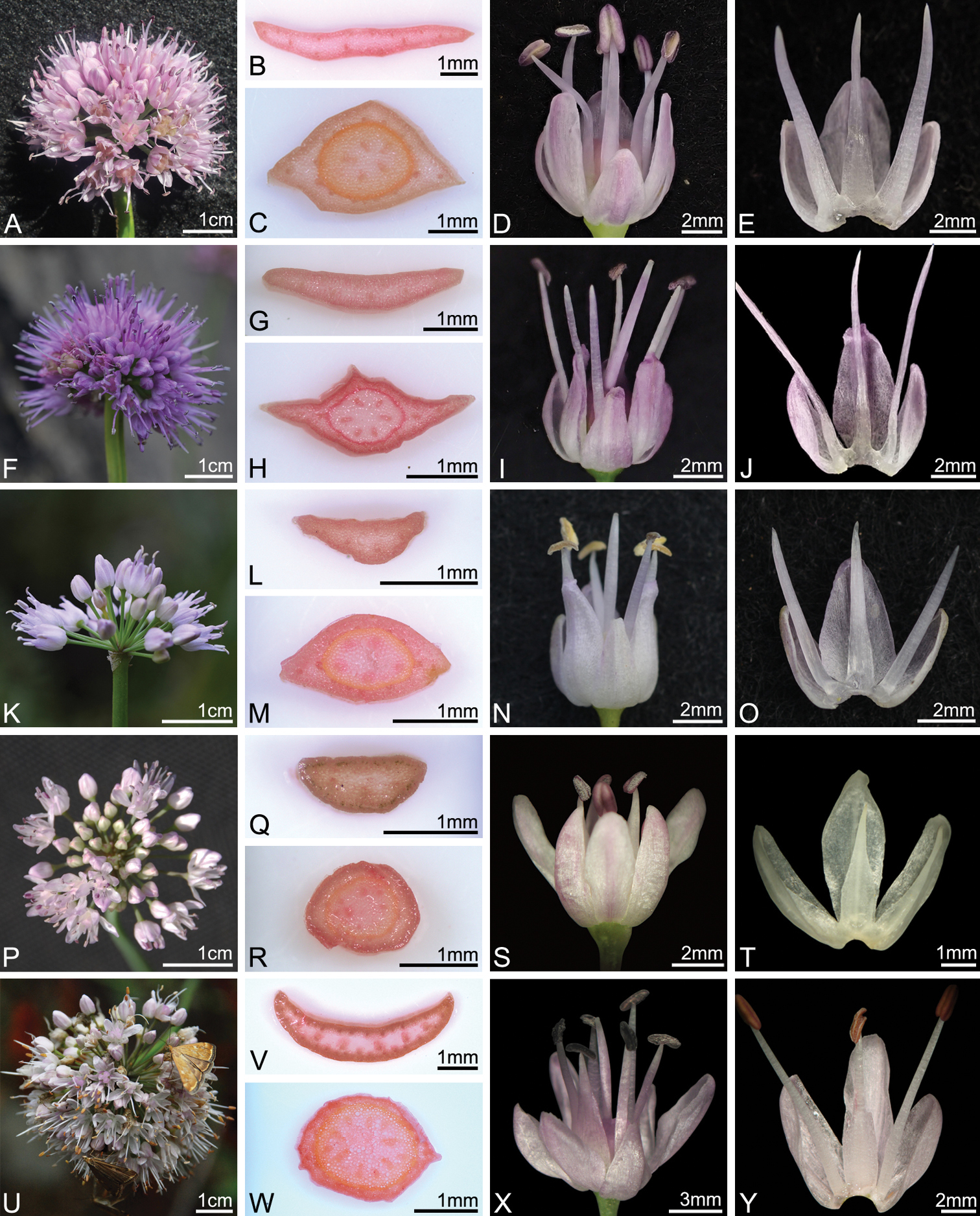 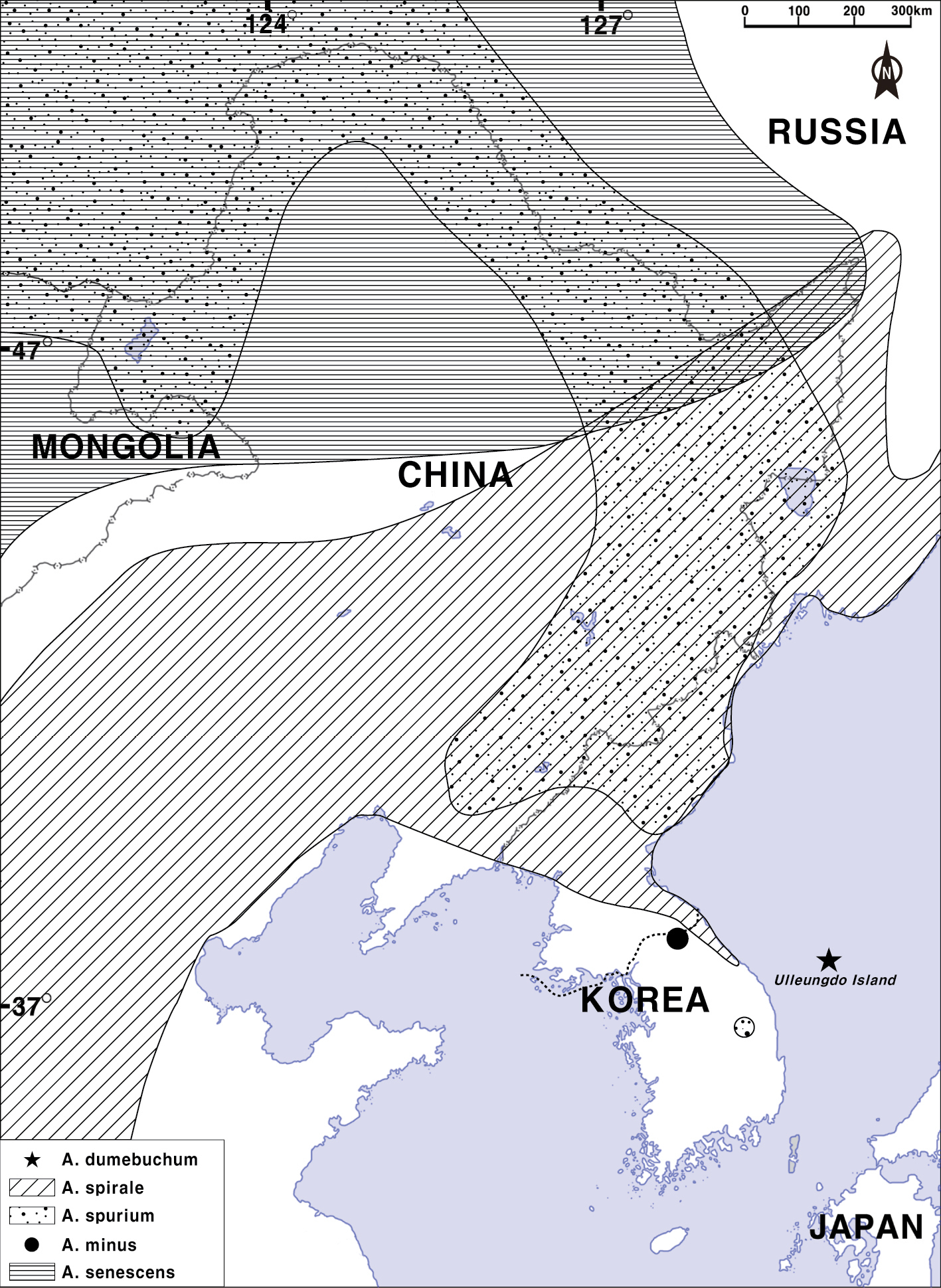