Wing ( Fig. 3 View FIGURES 3 ­ 4 ). Hyaline; veins brown; costa ends at one­third distance from end of vein R 4 + 5 to M 1; vein Sc incomplete, ending at level just beyond midpoint between origin of Rs and end of R 2 + 3; Rs evanescent at connection with R 1; R 2 + 3 origin about three­fourths distance from origin of Rs to r­m crossvein, arising almost perpendicular to Rs, ending in R 1 just before level of r­m crossvein; r­m crossvein at basal one­third of cell dm; R 4 + 5 slightly curved toward wing margin; cell dm shorter than cell cua 1, narrowed apically at base of cell m 1; vein at base of cell m 1 and r­m crossvein short, subequal in length; M 1 curved toward wing margin; M 2 only slightly curved, if at all, toward wing margin; base of vein A 1 vestigial, remainder of vein present only as fold; fringe of hairs along posterior margin of wing fairly dense, longest on anal lobe, becoming gradually shorter toward end of costal vein.

Types. Holotype female from CHILE: Santiago Province: El Canelo, 9.i. 1967, M.E. Irwin. Holotype in MEUC. A long series of paratypes in the J.C. Hall Collection at UCR plus material in CAS, collected at the same places and dates as recorded in Hall (1976), but pinned and labeled subsequent to that paper, were examined during this study. Holotype examined previous to its deposition in MEUC.

Detailed information on this type locality and other localities in Chile that were visited during the University of California­Universidad de Chile Arthropod Expedition to Chile and parts of Argentina can be found in Irwin and Schlinger (1986).

Distribution. Known only from Maule and Santiago Provinces in Chile. 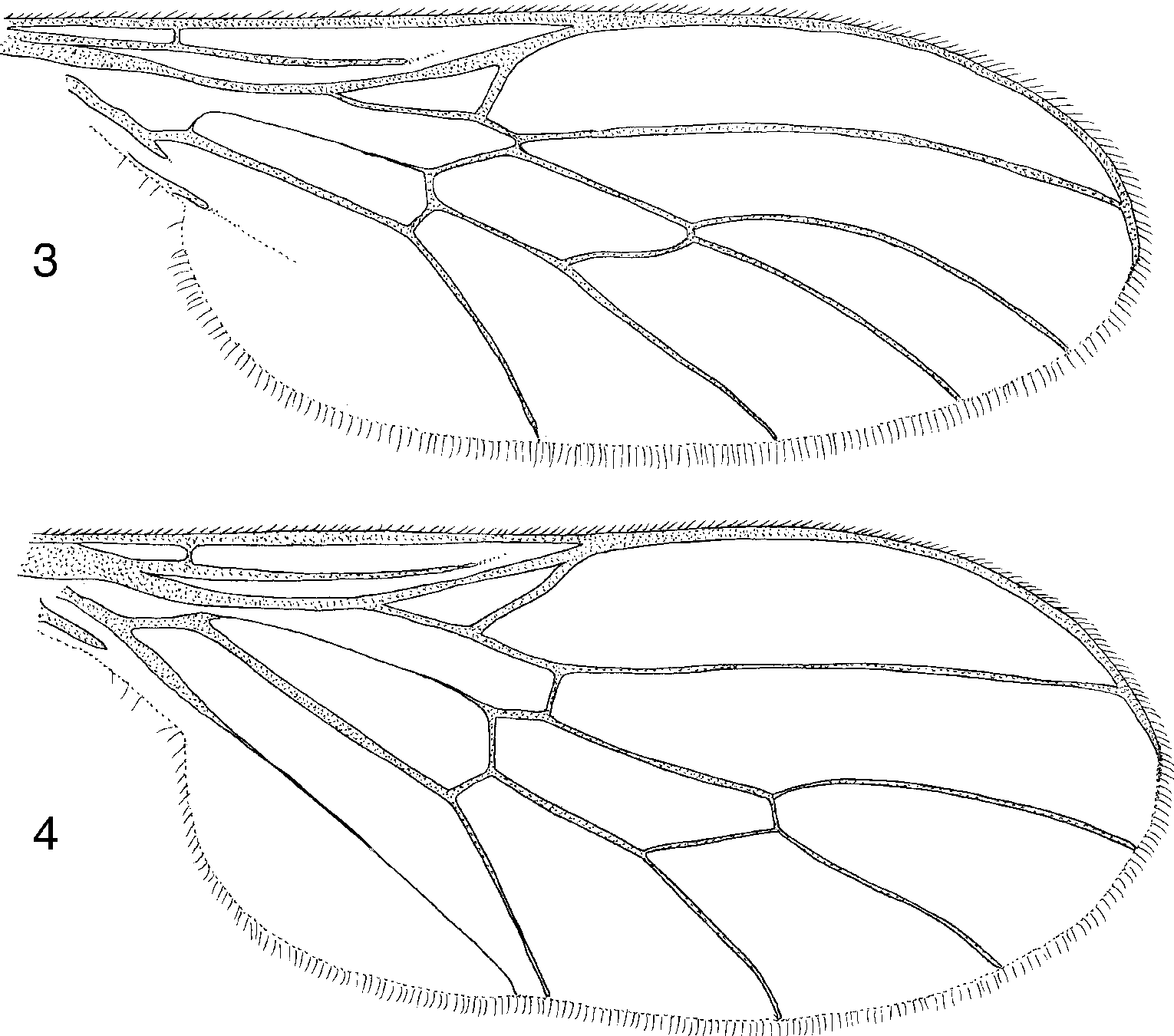