Types. Holotype female of minuta ( USNM No. 26540) from UNITED STATES: New Mexico: Las Cruces, 14.vi. 1917, J.M. Aldrich. The holotype was examined during this study. It is in fair condition and mounted on a 90 °­angled minuten, which is coiled around a larger pin with the label data.

Holotype female of eremica (in USNM) from UNITED STATES: California: Riverside County: Palm Springs, 23.iv. 1944, A.L. Melander. The holotype was examined during this study. It is in deplorable condition. Both wings are broken off and missing, but enough of the base of the left wing remains to confirm that the base of the medial vein between the 2 basal cells is present and that vein A 1 is evanescent; the left hind leg and right fore femur are present, otherwise the remainder of the legs are missing; the head has the eyes collapsed and the abdomen is twisted and collapsed due to air drying; and the anterior portion of the mesonotum between the interhumeral marks is greasy.

Remarks. Reexamination of type specimens of Melander’s Mythicomyia in the USNM during this study revealed that minuta possesses characters of Pieza and not Mythicomyia . Further examination in comparison with material already at hand showed that eremica and minuta are conspecific, thus the new synonymy above.

The emendation from minutum to minuta was actually first done by Melander (1928) and not Melander (1961) as recorded in Hall and Evenhuis (1986).

Specimens of this species have been collected from 22 April to 29 July with the majority of specimens having been captured during June and July. There is 1 specimen (Aguas Calientes Indian Reservation, Riverside County, California [deposited in CAS]), which was collected 20 February, but otherwise agrees in all morphological characters with the other specimens of this species.

Distribution. Hall and Evenhuis (1986) recorded eremica from California and Sonora and minuta was only known from the type specimen from California. Additional material has been identified in this study, which extends the distribution to the following localities in the southwestern United States and northern Mexico: UNITED STATES: Arizona: Huachuca Mts. New Mexico: Doña Ana County. MEXICO: Baja California Sur: San Isidro Canyon. 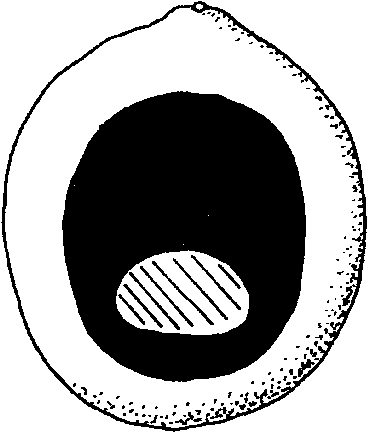