Types. Holotype female, DOMINICAN REPUBLIC: Miocene: provenance unknown, DR­ 11 ­ 1 ( AMNH). The holotype is the only inclusion in a piece that measures 6 13 mm and has been cut, polished, and mounted in artificial resin.

Remarks. Only known from the unique holotype. Although one other species of Mythicomyiidae [ Glabellula kuehnei ( Schlüter 1976) ] is also known from these deposits ( Evenhuis 1994), the presence of the genus Pieza in the Miocene of the Dominican Republic (dating from Iturralde­Vinent and MacPhee 1996) is still rather remarkable given that the habitat of this region in the Miocene was probably sylvan and moist ( Poinar and Poinar 1999) — much different than the preferred arid to semi­arid habitat of mythicomyiids worldwide. The author has at hand one specimen of an undescribed species of Mythicomyia also from these deposits (which is being described elsewhere). With these records of amber mythicomyiines, the minimum age of this subfamily in the New World can be placed in the Miocene.

Etymology. The specific epithet refers to the type locality.

Distribution. Known only from the Miocene amber of the Dominican Republic. 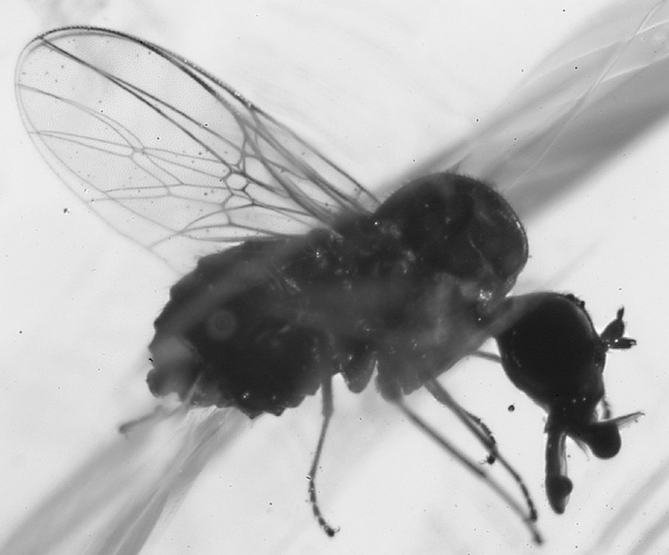