Types. Holotype female from UNITED STATES: California: Riverside County: Whitewater, 29.iii. 1955, A.L. Melander, in USNM. Holotype examined during this study. The orangeish color of the humeral callus and postalar calli in the holotype is not natural, but instead due to a hypercyanic condition.

Remarks. Hall and Evenhuis (1986) recorded variation in the small yellow triangular spot behind the ocellar tubercle from present, to vague, to absent; reexamination of a long series of this and related species shows that the yellow occipital spot is always present in ostenta ; those specimens in which it is absent belong to other species. The mesonotal vittae can vary from thick to thin and almost incomplete between the interhumeral marks and the prescutellar area, but the latter case is very uncommon in the long series of specimens studied. The characters in the key should serve to distinguish virtually all of the specimens known thus far. Specimens have been collected between 5 April and 23 June, with most collected in late April and the middle of May. 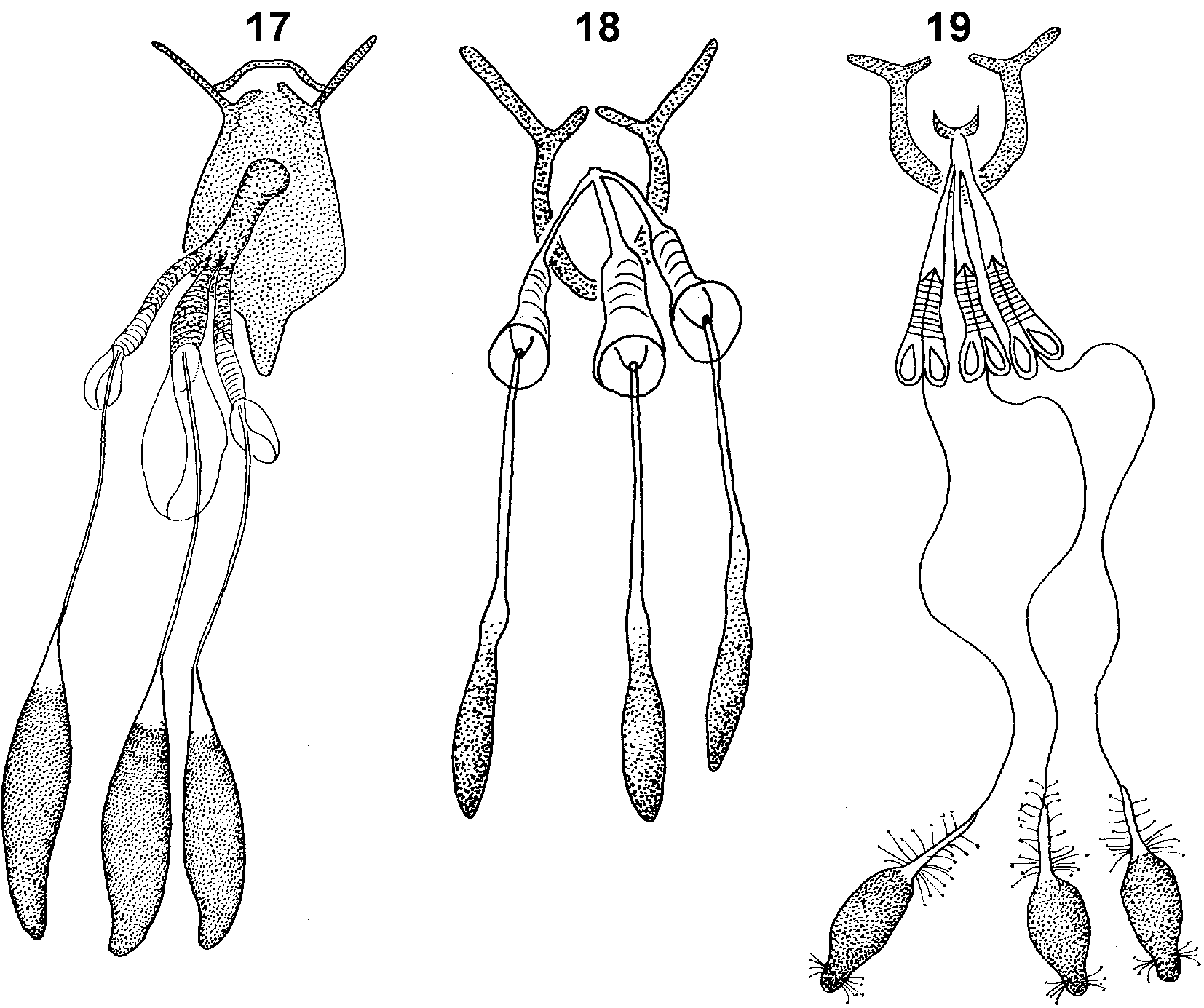