Diagnosis. This new species can be easily distinguished from other species of Neocorynura  by the overall color pattern of the body: head and mesosoma metallic reddish-purple and the mesosoma red-brown with metallic basal bands that are yellowish green. The species superficially resembles N. rubida Smith-Pardo  in size and coloration, but it can be separated by the punctation of the clypeus more or less densely distributed (distance between punctures ≤ 1 PD), in addition to having the post-occipital carina enlarged, the base of the propodeum broadly striate (= space between striae wider than striae width), and by having the anterior margin of the second submarginal cell shorter than that of the third submarginal cell.

Mandible without grooves on outer surface, slightly carinate along posterior margin, anterior margin continuous. Subantennal and lower ocular areas with punctures separated by 0.5–1 PD. Mesoscutellum with punctures of irregular size and shape. Posterior side of propodeum with coarse punctures.

Mandible with some coarse, light brown, unbranched setae. Labrum mostly bare. Postgena with setae white, branched and 1.0–2.0 OD in length setae that are sparsely distributed. Metanotum in general with dark brown, longer setae (0.5–2.0 OD) sparsely distributed. Legs (especially hind ones) in general less pubescent; protrochanter with some clear, poorly branched setae minute—1.0 OD in length scattered on its surface; profemur with white setae, 0.5–1.5 OD in length on posterior margin; protibia more densely covered on inner side; mesofemur with most of the inner side bare; metatrochanter poorly covered with branched, minute –0.5 OD setae; metafemur with some light brown, minute –1.0 OD in length setae, sparsely distributed on anterior margin. Metasomal pubescence as in the female except bands of white, minute setae covering only a third of area; sterna with less pubescence, setae more scattered on S1–S3.

Etymology. The specific epithet honors my beloved niece Mina Smith  whom came to this world to bring happiness to our family. 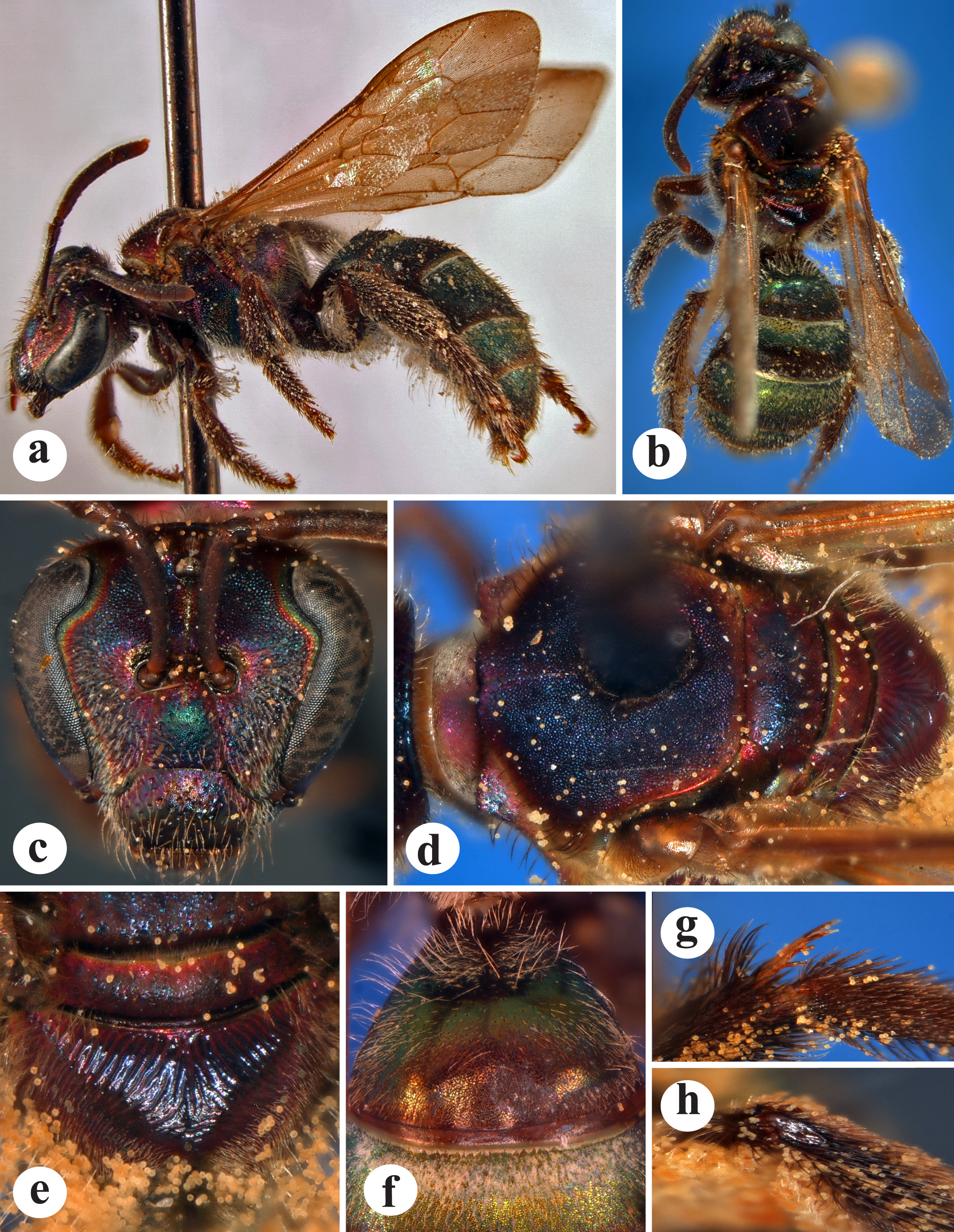