This species occurs in southern Europe, from the Iberian Peninsula to the Balkans, in Turkey, and in Syria ( Greuter 2006 +). Although several chromosome counts are available in the literature ( Moore and Frankton 1962; Chuksanova et al. 1968; Valdes 1970; Kuzmanova et al. 1979; Snogerup 1995), no data have been published so far for Italy, where two subspecies can be found, i.e., O. illyricum subsp. illyricum , distributed throughout south-central Italy (including Sardegna and Sicilia), and O. illyricum subsp. cardunculus (Boiss.) Arènes, which is known only for Sicilia ( Bartolucci et al. 2018). We confirm here the chromosome number 2 n = 34 previously reported for the species. 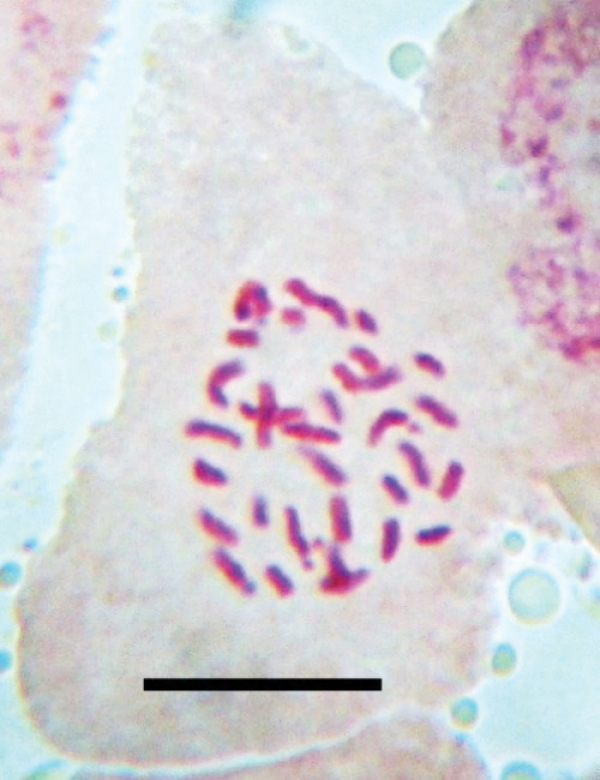