Colouration of males. As in females but with yellow ventrally on scape and pedicel, entire face, epicnemium, and sometimes a large shoulder mark. Hind trochanter often entirely yellow. Metasoma often as in female, the pattern of orange tergites 3 and 4 with median diamond-shaped marks often even more pronounced but sometimes with yellow spots basally on tergite 3.

Material examined. Lectotype of Bassus dorsalis Holmgren : Sweden, Lapland, leg. Boheman. 1 ♀, at NRM (designated by Townes et al. 1965) (a different female with the same data marked as a lectotype by K. Horstmann is also present in the collection; Townes’ designation has priority).

Notes. While females of this species can be identified very easily by the strongly compressed metasoma, some males might be confounded with male S. pulchella . While colouration and length of the metasoma provide good evidence in most specimens, some males are very difficult to place. 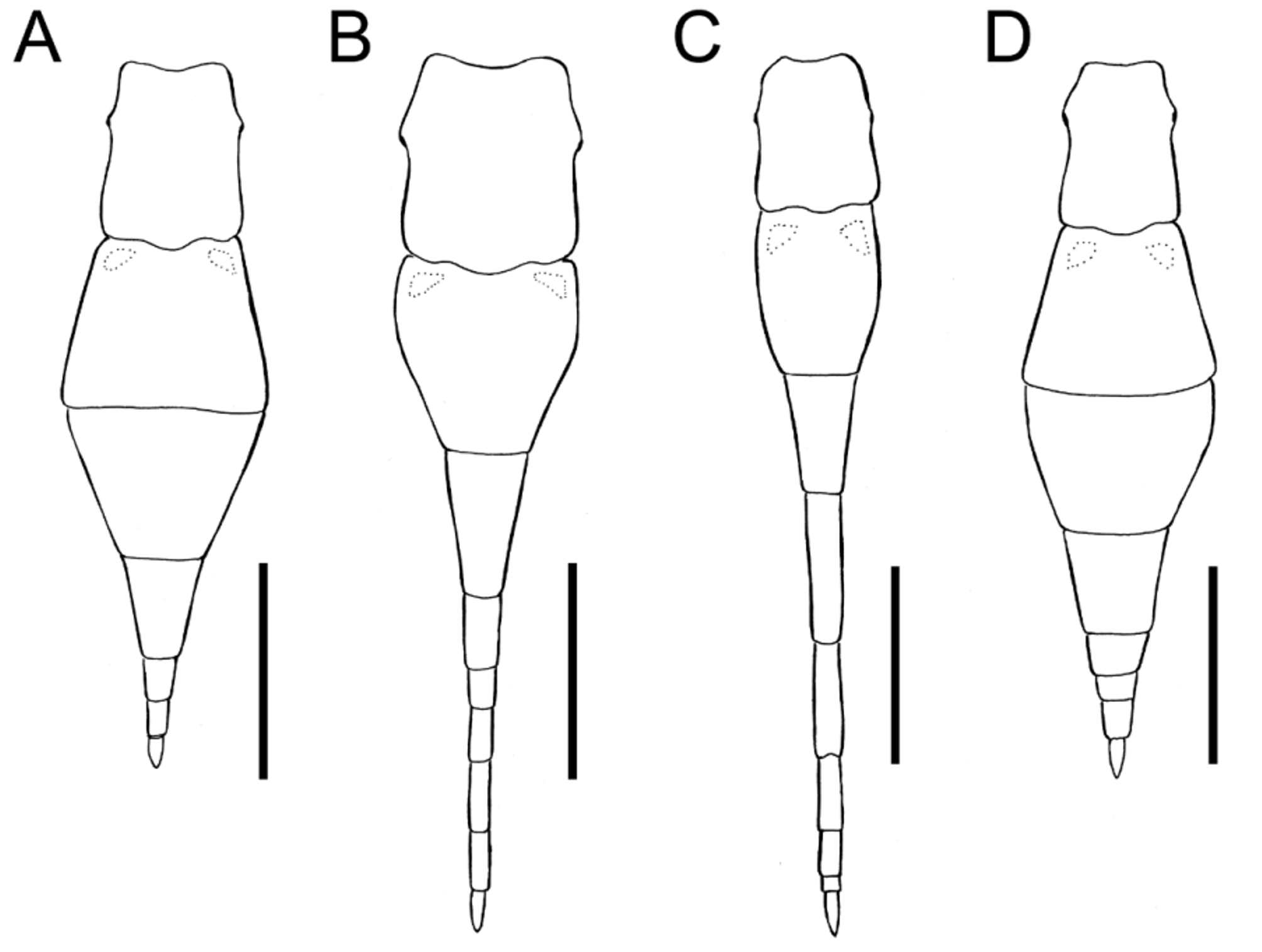