Diagnosis. Fore wing length 3.0– 4.4 mm. Antenna in females with 21–22 flagellomeres, with ventral area of median to apical flagellomeres with conspicuous areas bearing a short velvety pile and lacking multiporous plate sensilla; in males with 20–23 flagellomeres, with unicoloured tyloids on flagellomeres 6 to 9. Face mainly smooth and shining, impunctate, with some irregular sculpture centrally and along inner orbits. Mesoscutum mainly coriaceous, at most lateral parts with smooth areas. Mesopleuron entirely smooth and shining, impunctate, at most with some irregular sculpture on lower half. Hind coxa with outer surface coriaceous. Propodeum with a full set of carinae enclosing basal, lateral and petiolar areas, the areas with rugose to coriaceous sculpture. Metasoma evenly tapered towards apex, first tergite 1.3–1.7 times longer than wide in both sexes.

Colouration of males. As in females but with yellow ventrally on scape and pedicel, antenna paler below, yellow over entire face but usually with two black vertical lines arising from below antennal sockets. Fore and sometimes mid coxae often with a yellow apex. Metasoma sometimes as in females but usually with third tergite black centrally with two yellow spots on anterolateral corners, or metasoma entirely black.

Notes. Males of this species are much more easily identified than females as the tyloid colour clearly associates them with S. flavipes . From flavipes , aciculata can readily be distinguished by the much darker colouration of the coxae and trochanters. Females of S. aciculata are often difficult to tell from female S. pulchella . Although colouration can provide good indications, it is not always very reliable and one should refer to the sculpture of the hind coxa, a character which requires some experience. 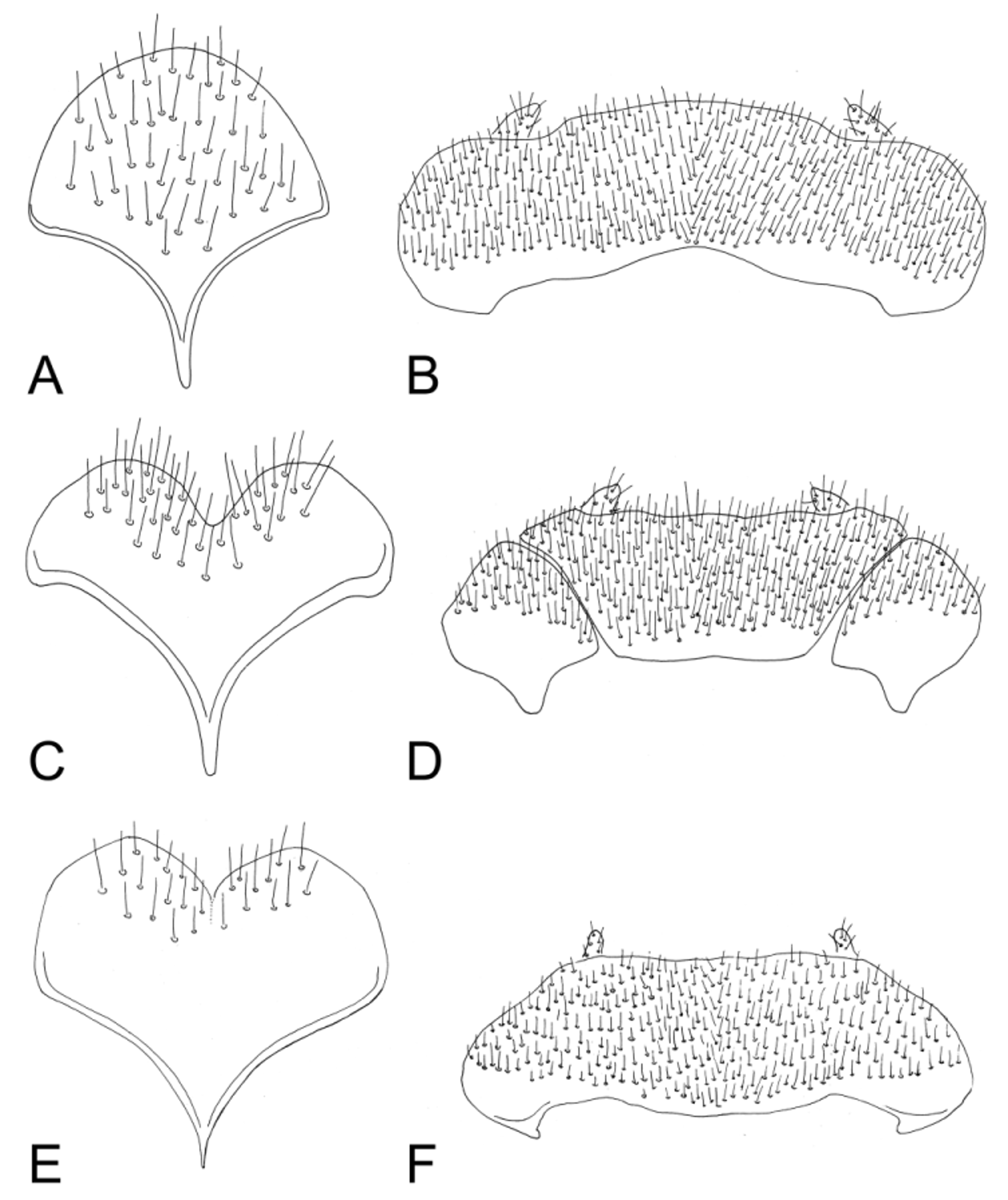