Etymology. This species is named after its northern distribution.

Diagnosis. Fore wing length 5.1–5.8 mm. Antenna in females with 16–17, in males with 17 flagellomeres. Face with punctures disappearing against the coriaceous background. Propodeum with a full set of carinae enclosing basal, lateral and petiolar areas. Tergite 1 0.95 –1.0, tergite 2 0.5–0.6 times as long as wide in females, 1.15 and 0.67 in males; tergites 2 and 3 strongly coriaceous and matt, punctures indistinct, sculpture extending across transverse impressions. Transverse impressions deep on tergites 1 to 3. Metasoma dorsoventrally depressed.

Colouration of males. As in females but with yellow ventrally on antenna, entire face, upper mesepimeron. Fore and mid coxae largely yellow.

Similar species: This species belongs to the group with strongly coriaceous and matt tergites ( D. angustus , D. hyperboreus , D. zetteli ) but can easily be distinguished from them by the orange and yellow colouration of the coxae. The characters separating it from D. tetragonus , a species with similar colouration and very variable but always with partly shining tergites, are given in the key. 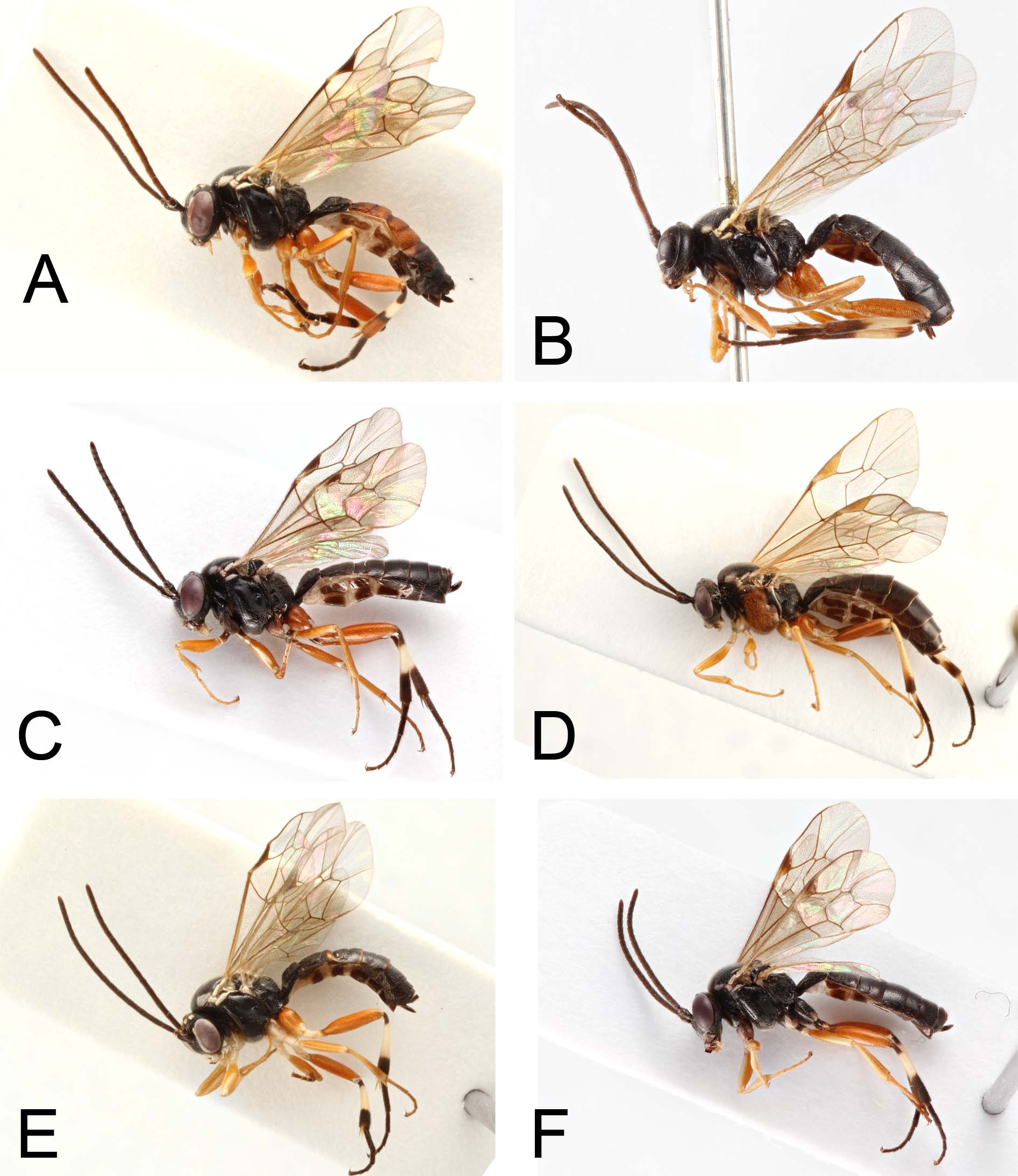