Etymology. The species is named after Dr. Bruce Alexander (in memorian) in honor of his contributions to the study of Psychodidae .

Despite the increasing number of Bruchomyiinae studies, mainly in collaboration with Phlebotominae researchers, there is a gap between the real number of living Bruchomyiinae species and the number of described species. So, the description of new species and its relationships within the group and other psychodids remains very important for phylogeographic and phylogenetic studies that will help to understand the Bruchomyiinae evolution. Here, we slightly showed this importance increasing the geographical distribution of Boreofairchildia in South America. Also, we have shown the importance to use an objective classification based on cladistics analysis that allows to go beyond the morphological discussion. 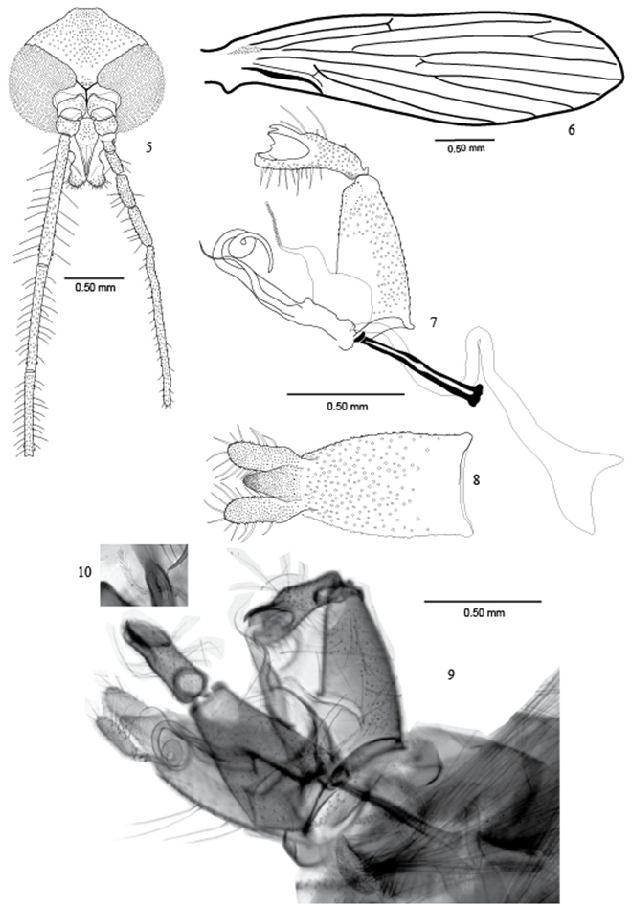