As for the monospecific genus.

The specific name is a Latin adjective; niveus refers to the snow-white body color of the living specimens. Furthermore, the name of the type locality, cave Snezhanka, in Bulgarian means Snow White, the heroine from the fairy tale of the Brothers Grimm.

Snezhanka Cave consists of a single gallery forming six distinct halls with total length of 348 m. The entrance is located at 865 m a.s.l. The cave is rich in diverse sinter formations and sinter ponds. It was established as a natural monument in 1961, and has served as show cave since 1968 ( Petrov and Stoev 2007). Most of the cave’s invertebrate fauna known at present includes either trogloxenes or troglophiles ( Beron 2015), with the exception of the local endemic Paralovricia beroni Giachino, Guéorguiev & Vailati, 2011 ( Coleoptera , Carabidae ), which is considered a probable hypogean, although not typical troglobitic species ( Giachino et al. 2011). Another myriapod known from this cave is Lithobius lakatnicensis Verhoeff, 1926.

All five recently collected specimens of Rhodopodesmus niveus gen. nov. et sp. nov. by D.A. and B.V. were found in the middle part of the cave at two spots, and all were in rotten wood.

So far, known only from its type locality, the Snezhanka Cave, Bulgaria (see also under Remarks) (Fig. 18 View Figure 18 ).

As mentioned above, it seems that the most similar genus to Rhodopodsemus gen. nov. is Balkanodesminus gen. nov., which makes sense due to their distributions. These two genera share not only similarities in certain habitus features but also in the gonopods. Both include small-bodied species with 19 rings in adults, with sensilla basiconica on antennomere 6 partially exposed outside the pit, hypoproct with more than two long distal setae and paraprocts with more than 2+2 long setae. The conformation of the gonopods is very similar, where the acropodite is longitudinally divided into two branches, with the solenomeral branch transversely divided into long and relatively slender solenomere and well-developed distal process in both genera. Based on this, both genera differ from other European Trichopolydesmidae . However, in Rhodopodesmus gen. nov. the solenomeral branch is trifid, where in addition to solenomere and distal process, in the base of this branch there is another, proximal process, which is more or less spatulate. These two genera also differ in some details of the gonopod coxa. Rhodopodesmus gen. nov. has a very deep gonocoel, i.e., the anterior third of the coxa is much lower than the rest it, in the form of a shield, so that the rest of the coxa has a more or less rectangular shape laterally, while in Balkanodesminus gen. nov. it is semi-circular. Also, the coxa in Rhodopodesmus gen. nov. has circa 15 setae, while the same in species of Balkanodesminus gen. nov. bears only 3.

It is worth mentioning that specimens of Rhodopodesmus gen. nov. were found in two more caves in the Rhodopes, viz., one female in Dupkata (= Dupcheto) Cave near Rakitovo and one male and one female in Skoka Cave near Ribnovo. Unfortunately, the material from Skoka Cave (including one male) could not be relocated in NMNHS for this study, and we still do not know whether it is R. niveus gen. nov. et sp. nov. or a new species. The female from Dupkata Cave probably belongs to R. niveus gen. nov. et sp. nov. considering its proximity to the type locality of this species. Both localities are mapped (Fig. 18 View Figure 18 , yellow squares), and already noted under Bacillidesmus sp. nov. by Vagalinski and Stoev (2011). 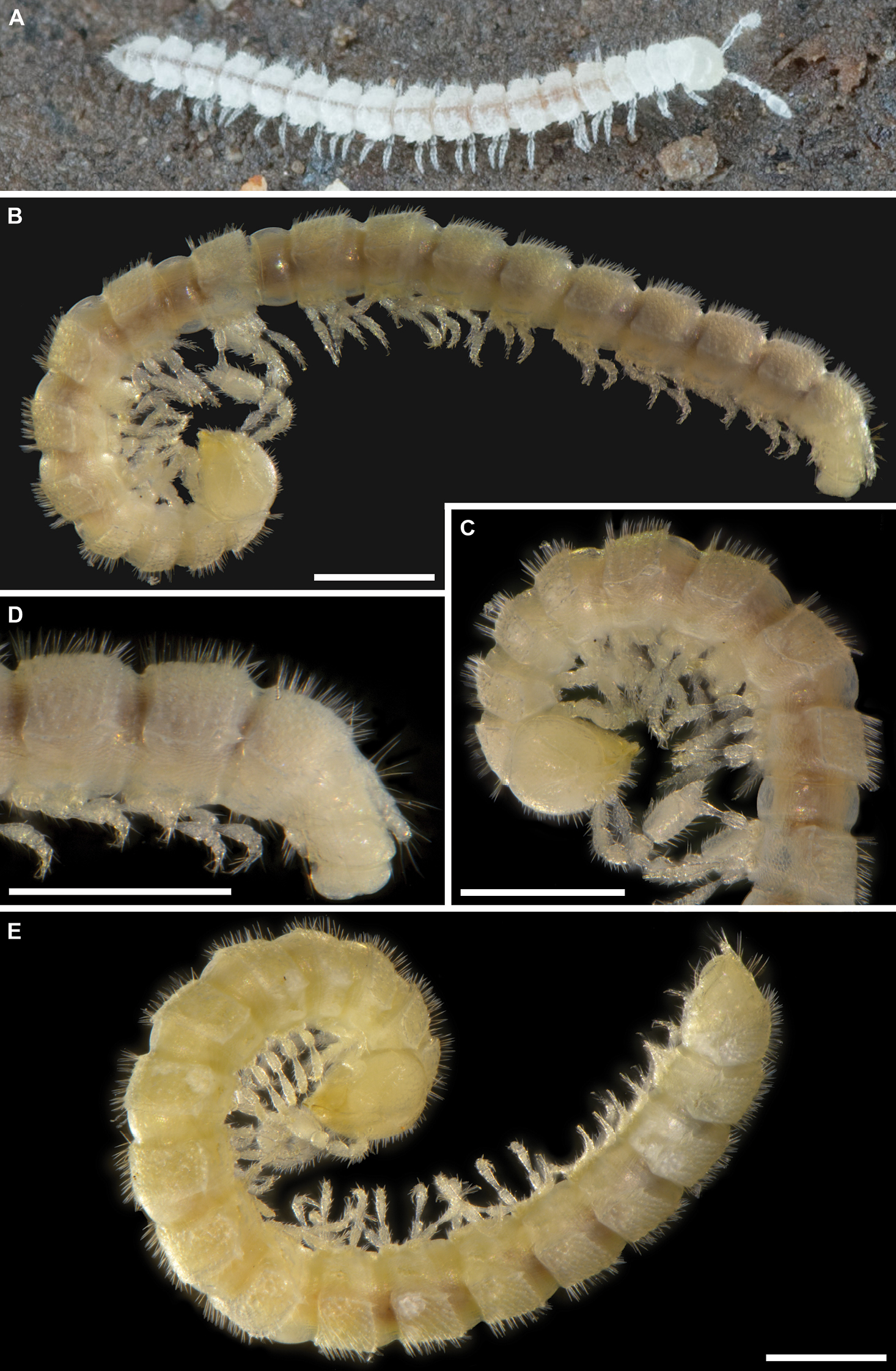 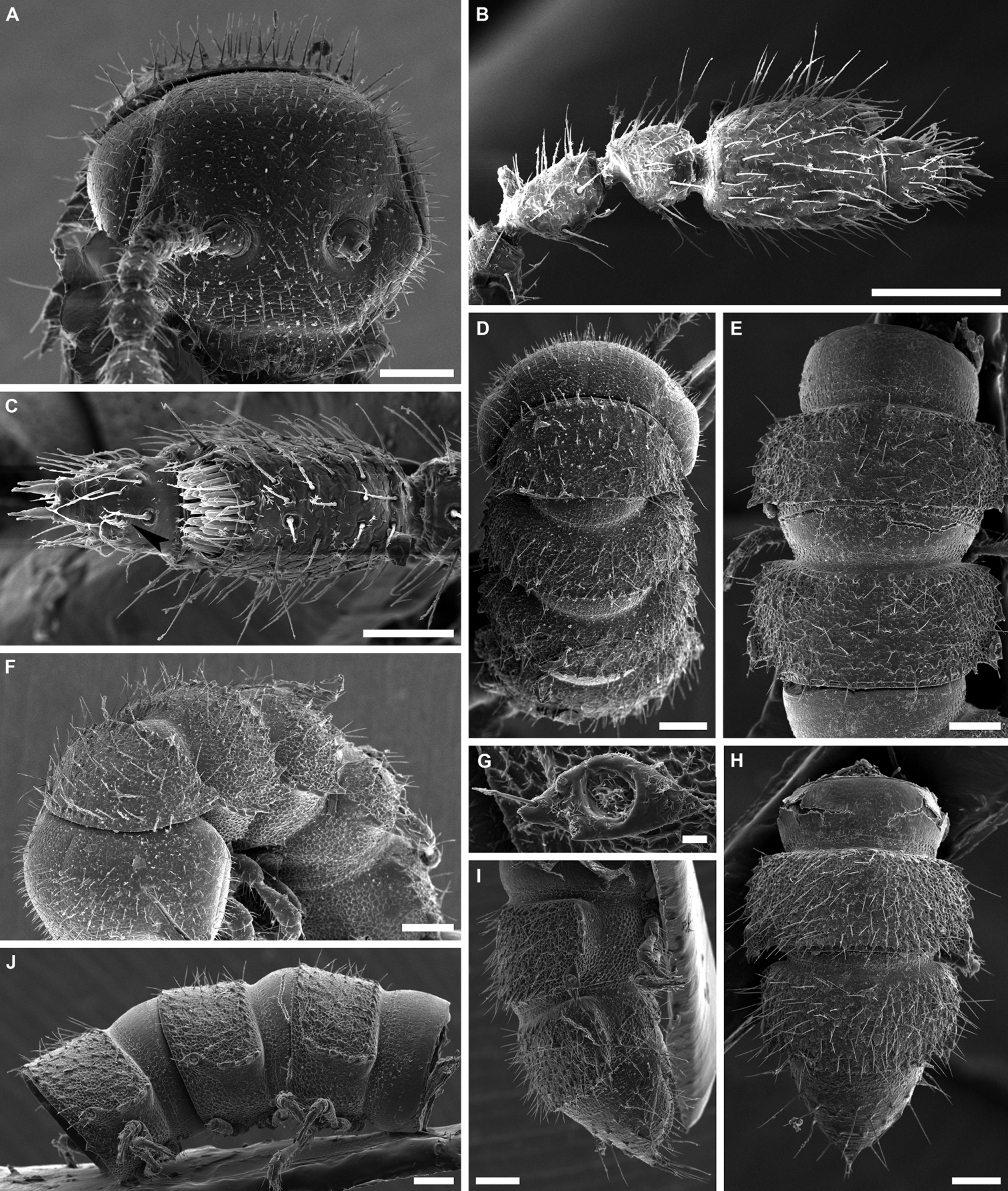 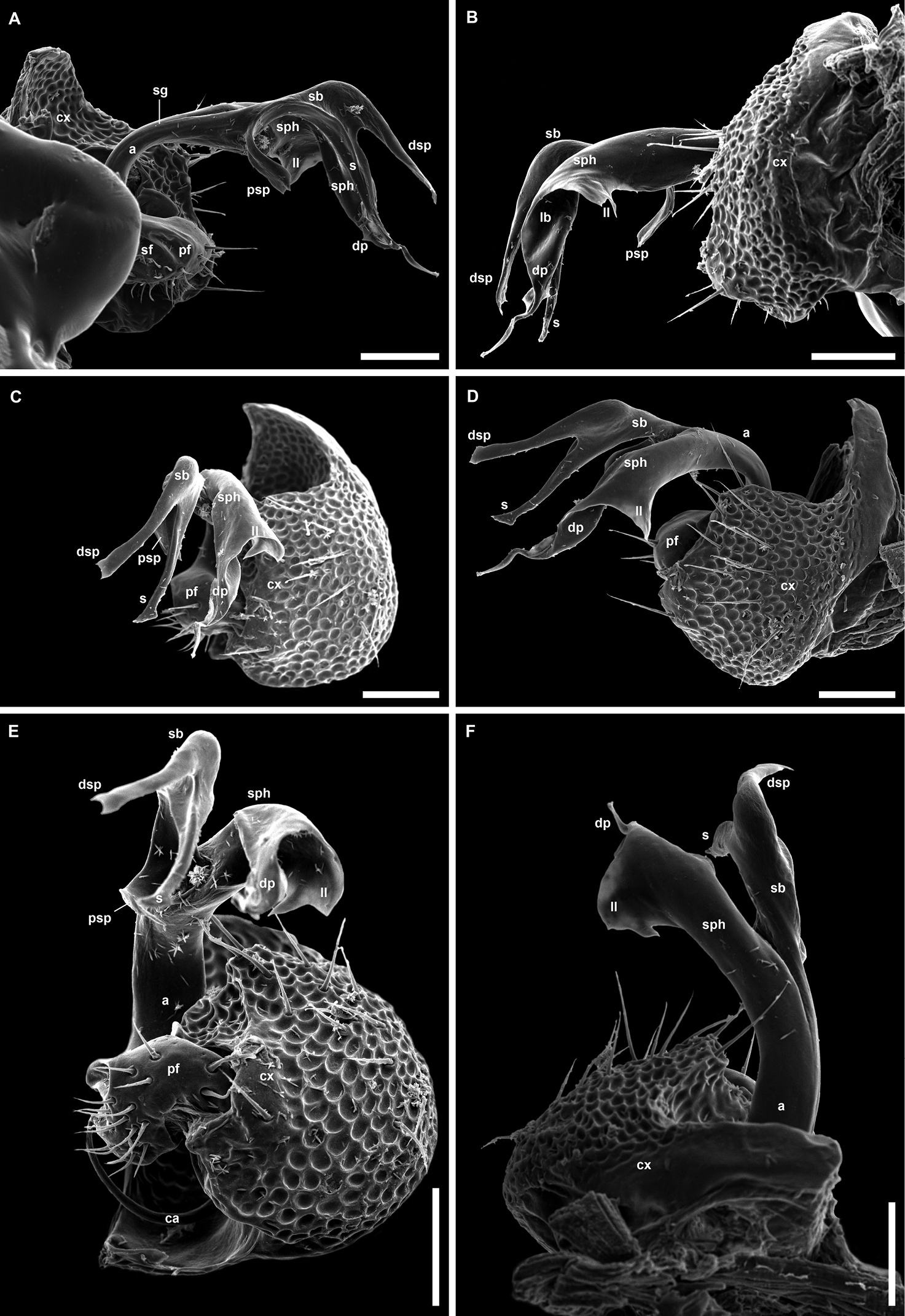 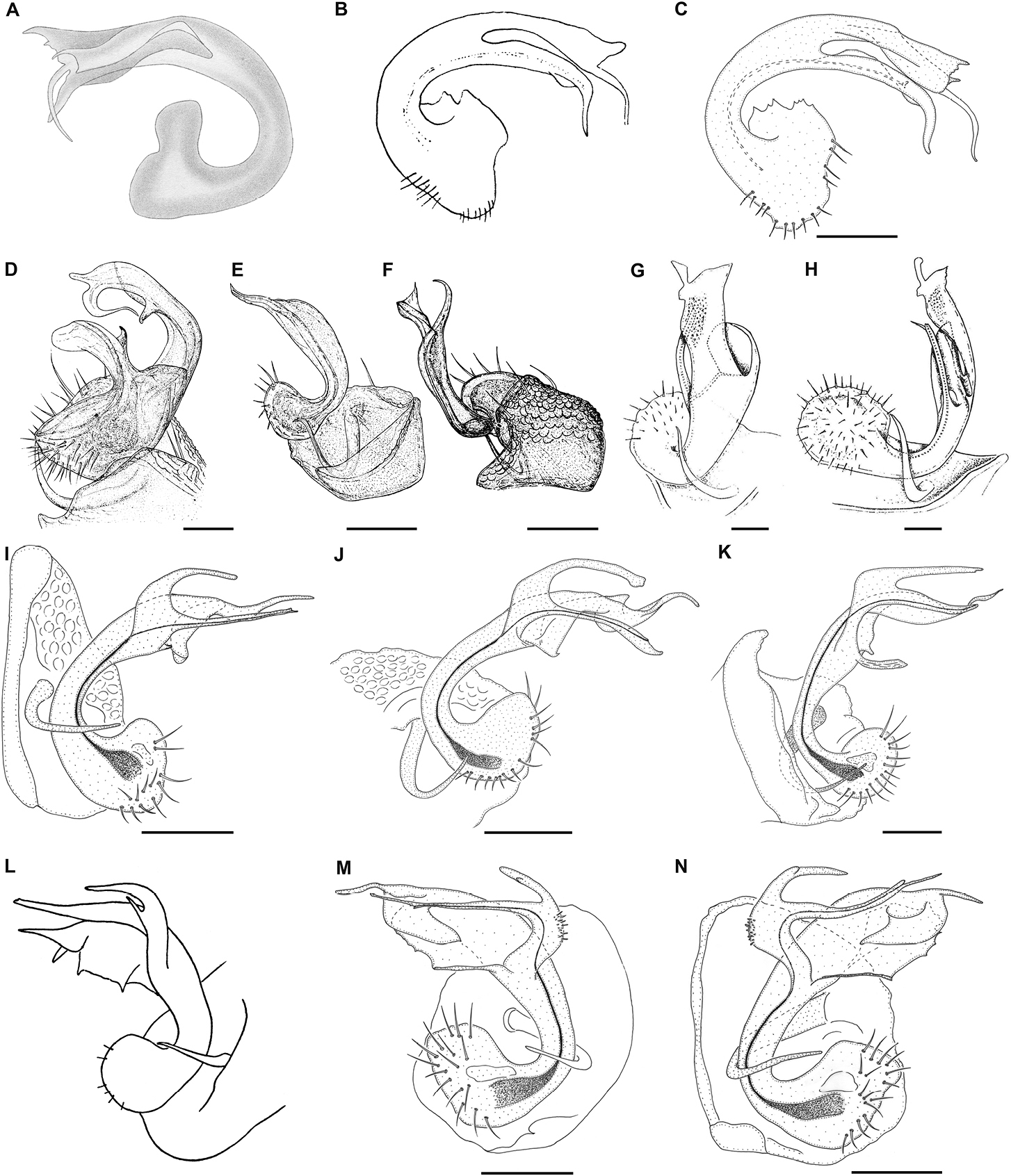 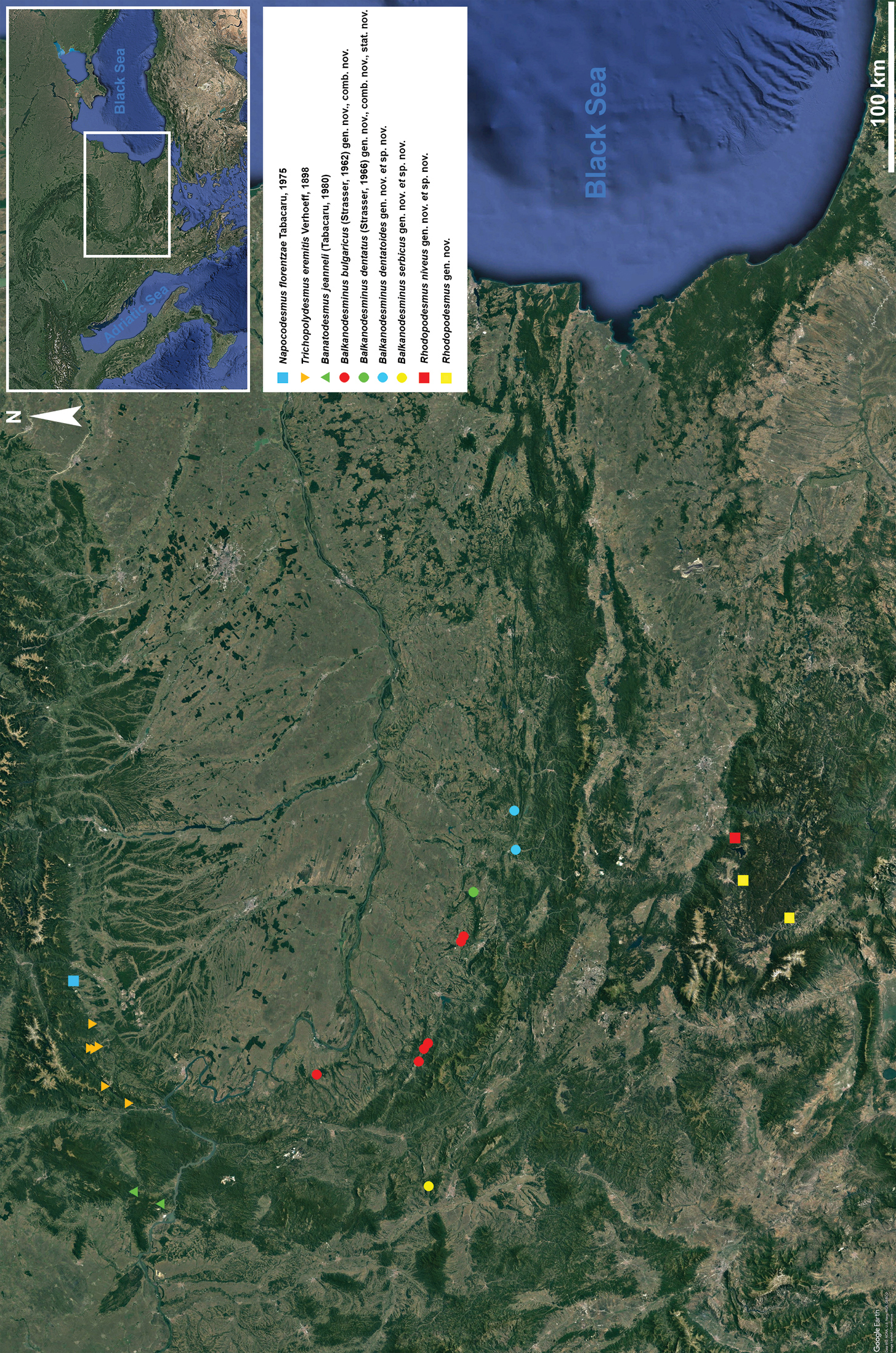 Figure 18. Distribution of cavernicolous Trichopolydesmidae from the Carpathian-Balkan arch and the Rhodope Mountains.