Short Description (based on figures in Gnaspini, 1993). Data on eyes and wings not observed. Right lobe of the aedeagus with a long arm and apex subrectangular with the apical margin straight, with a curved margin ending bluntly, in lateral view. Flagellum shorter (about half the length) than aedeagus and with seemingly bifid apex. Spiculum gastrale of the genital segment divided at apex, with long branches. Female unknown.

Etymology. The name is given as a noun in apposition, referring to the type locality.

This is a good example of the need to carefully examine and illustrate the apex of the aedeagus. Based only on illustrations in Szymczakowski (1963), Gnaspini (1993) misidentified this species as A. asperoides Szymczakowski, 1963  .When he started a revision of the genus and examined types (Gnaspini, 1996), he recognized differences when several views were taken. 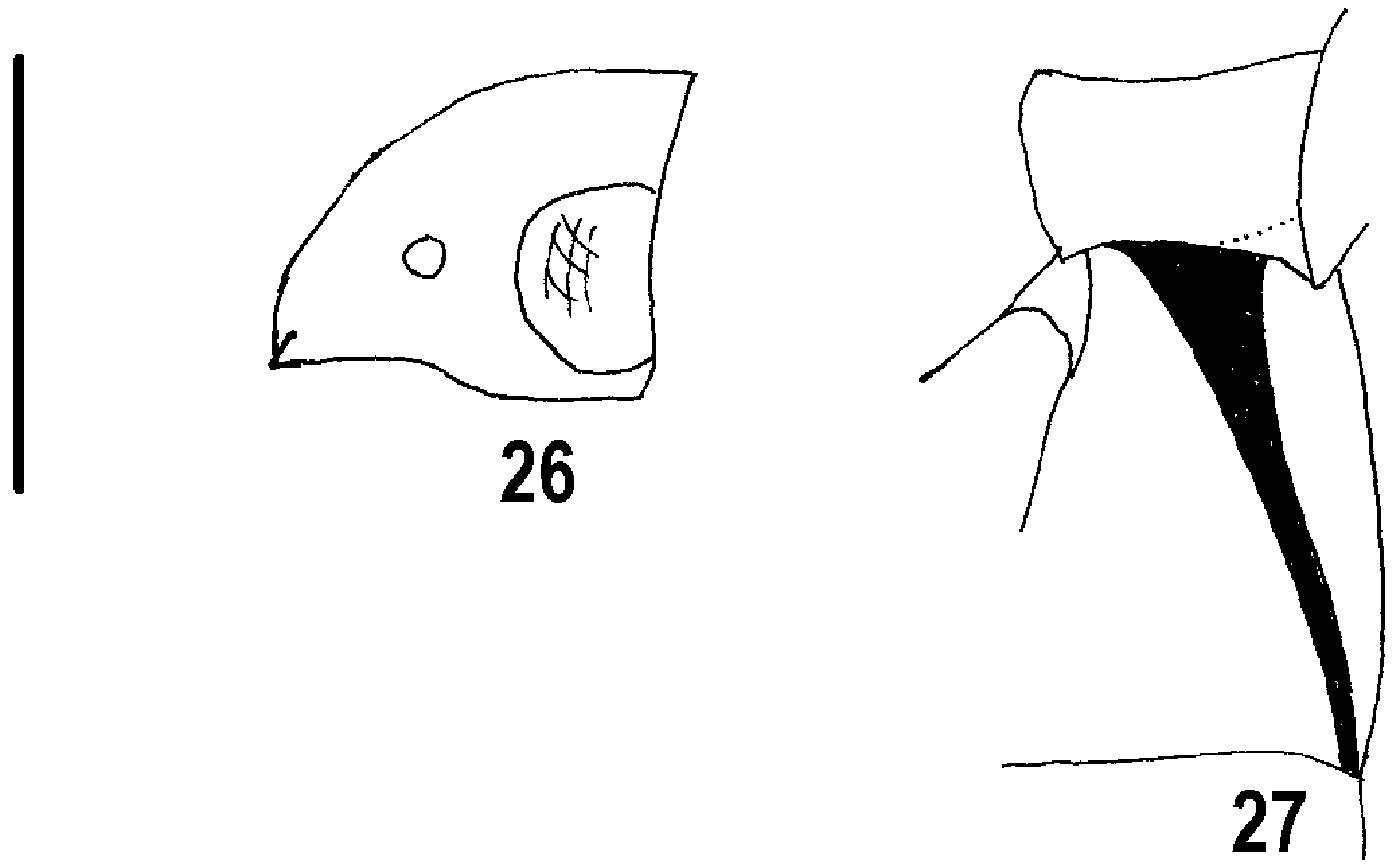 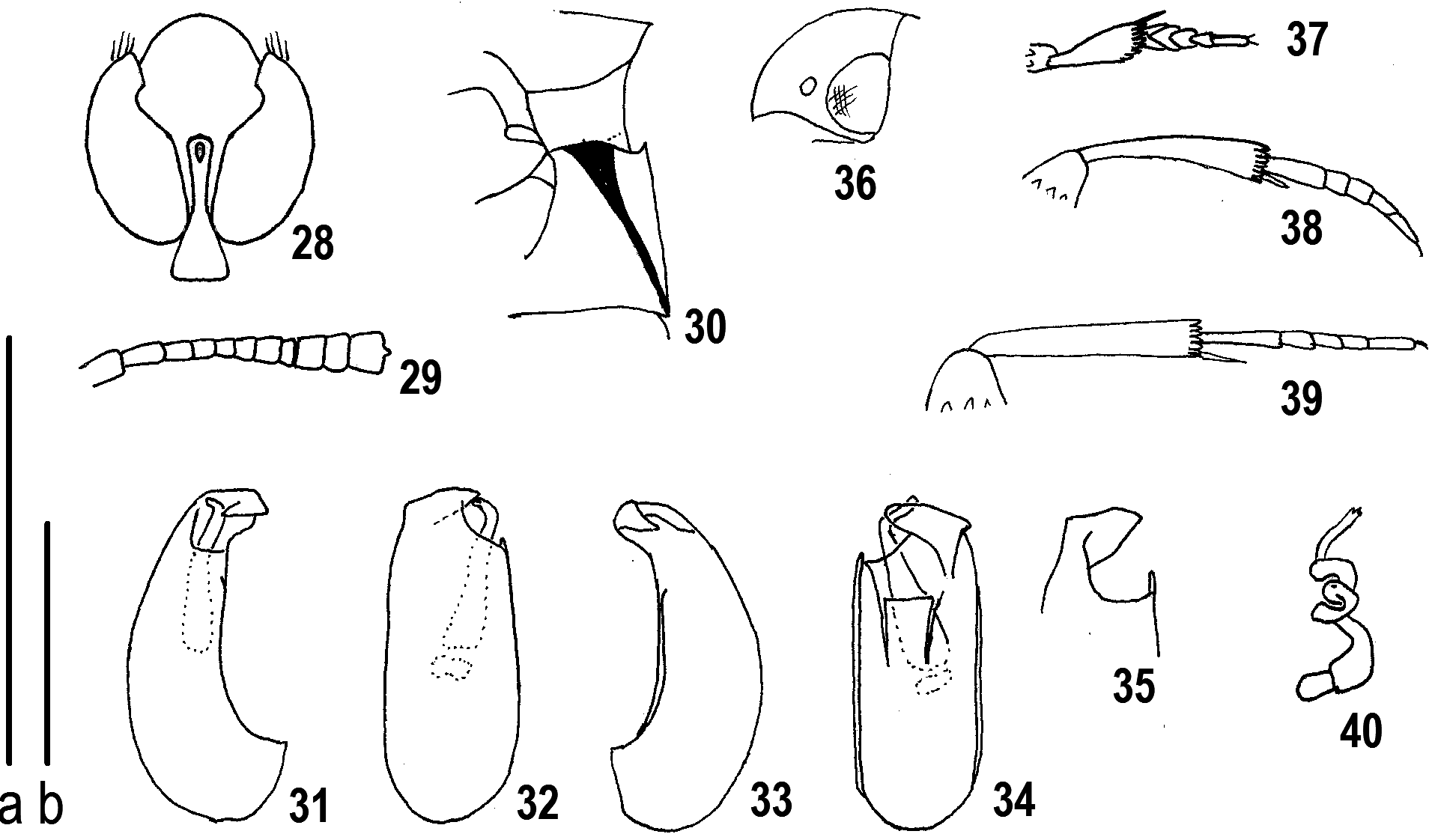 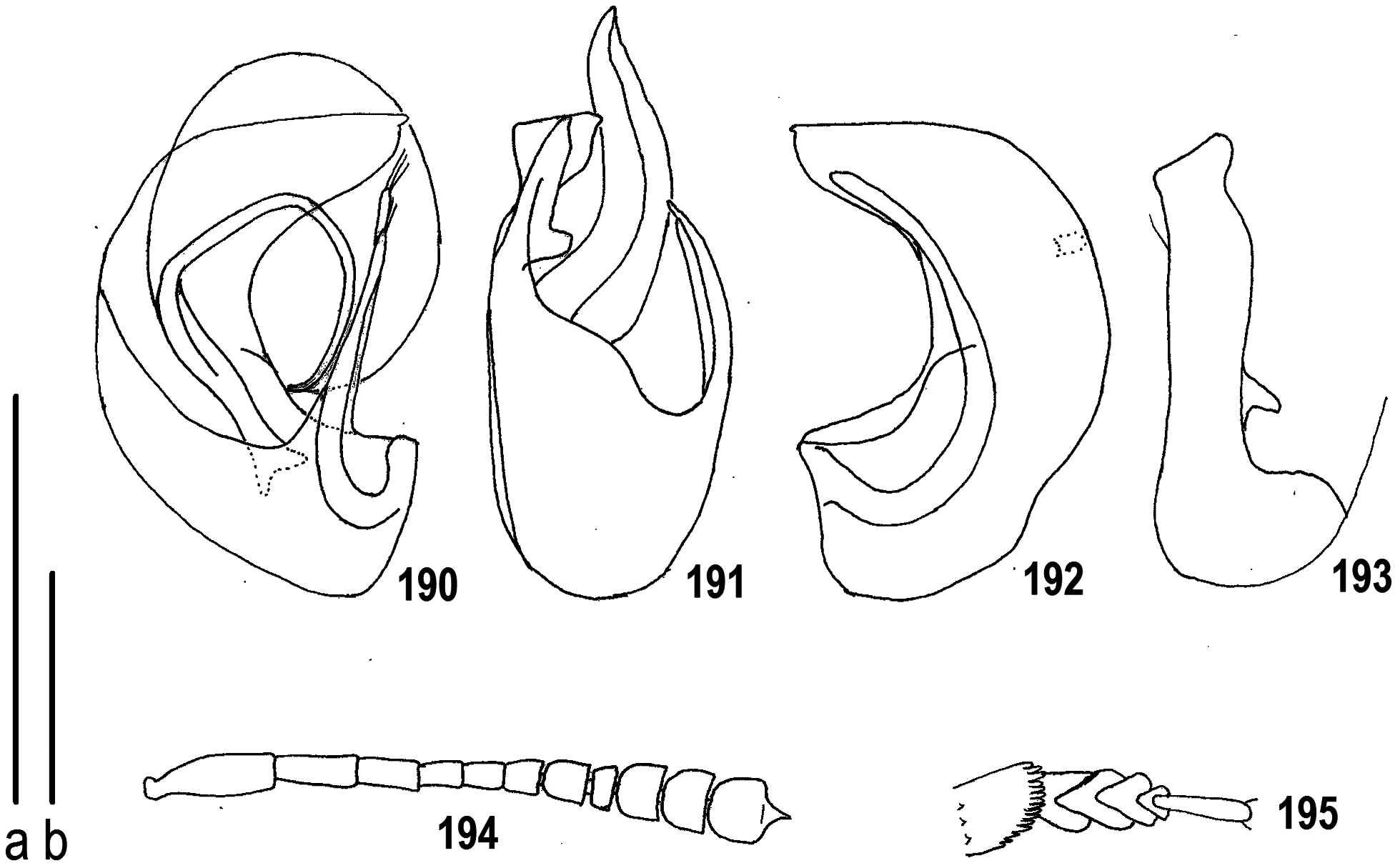