Johansson, Niklas & Cederberg, Björn, 2019, Review of the Swedish species of Ophion (Hymenoptera: Ichneumonidae: Ophioninae), with the description of 18 new species and an illustrated key to Swedish species, European Journal of Taxonomy 550, pp. 1-136: 101-103

Similar to Ophion autumnalis Johansson  sp. nov., but smaller, with a narrower face in females, slightly more buccate temples and black ovipositor sheath. Also quite similar to Ophion kevoensis  , but with a narrower face in both sexes and considerably narrower malar space in males. The species here described is probably a complex of two species or ecological forms, one occurring in pine forests and one connected to more rich deciduous forests.

The species seems to occur mainly in forested areas.

Fore wing length 12–13 mm. Antenna with 52–54 flagellomeres. First flagellomere about 3.0 times as long as wide. Second flagellomere 1.6–1.7 times as long as wide. Central flagellomeres about 1.3–1.5 times as long as wide. Subapical flagellomeres approximately 1.5–1.6 times as long as wide. Temples quite narrow behind eyes, more buccate in males. In lateral view temple in females about 0.4–0.5 times as long as compound eye, 0.8 times in males. Head of female in anterior view with face narrow, distinctly narrower than 2.0 times the width of compound eye ( Fig. 17BView Fig). Clypeus distinctly microsculptured with rather dense punctures with their interstices less or equal to the diameter of punctures. Head in dorsal view with gap between ocellus and compound eye in studied Swedish specimens, small but distinct, about 0.1–0.2 times the diameter of the ocellus. Malar space about 0.1–0.2 times as long as mandibular base in female and male. Mandibular gape right-angled, with internal angles. Wing membrane clear. Ramellus usually short, reaching 0.1–0.3 times the width of the discosubmarginal cell, sometimes entirely absent in males. Radius sinuous. Structure of mesopleuron in males shagreened with distinct punctures. Epicnemial carina, in antero-ventral view, with pleurosternal angles obviously anterior to sternal angles. Pleurosternal angles rounded, obtuse to right angled (as in Fig. 9EView Fig). Scutellum without lateral carinae. Structure of propodeum similar to that of O. slaviceki  and O. obscuratus  , posterior to anterior transverse carina mostly shining. Anterior transverse carina always present centrally, anterior to area superomedia, but in a majority of the specimens studied absent or weak laterally. Posterior transverse carina usually only present laterally, widely interrupted centrally. Central longitudinal carinae only weakly present at base of the indicated area superomedia. Sclerotised part of first sternite ending level to spiracle. Legs normal with hind femur about 6.0–7.0 times as long as wide. Hind trochantellus shorter than wide in dorsal view. Inner spur of hind tibia long about 0.3–0.4 times as long as hind metatarsus.

Most of the known specimens were collected in mixed forest dominated by aspen Populus tremula  L. or Scots pine Pinus sylvestris  forests in the woodland areas of Central Sweden. The species has several times been sweep-netted in the daytime, indicating that it is partly diurnal. All records are from May to early June.

Presumably a local and quite rare species in the woodland parts of Central Sweden.

As in the case with Ophion ocellaris  , COI barcode sequeces form two distinct groups that might represent two different species, one mainly occurs in rather rich deciduous forests and one is frequently collected in dry and light Scots pine forests dominated by Calluna Salisb.  and Vaccinium  . There don’t seem to be any reliable distinguishing characters between the two genotypes apart from a slight difference in the density of the punctures of the clypeus where the species/form occurring in pine forests has the punctures sparser with interstices between punctures about two times the diameter of punctures, while in the other species/form the interstices are more equal to or smaller than the diameter of punctures (based on a small sample). The type series focuses on the species/form occurring in deciduous forests (BIN. BOLD: AAV4386) and excludes one of the genotypes (BIN. BOLD: AAG8327). More material is needed before any detailed assessment of morphological characters can be done. Two specimens have an intermediate placement between the two groups ( Fig. 1View Fig), but are both the result of rather poor quality samples which might explain the diverging molecular result. 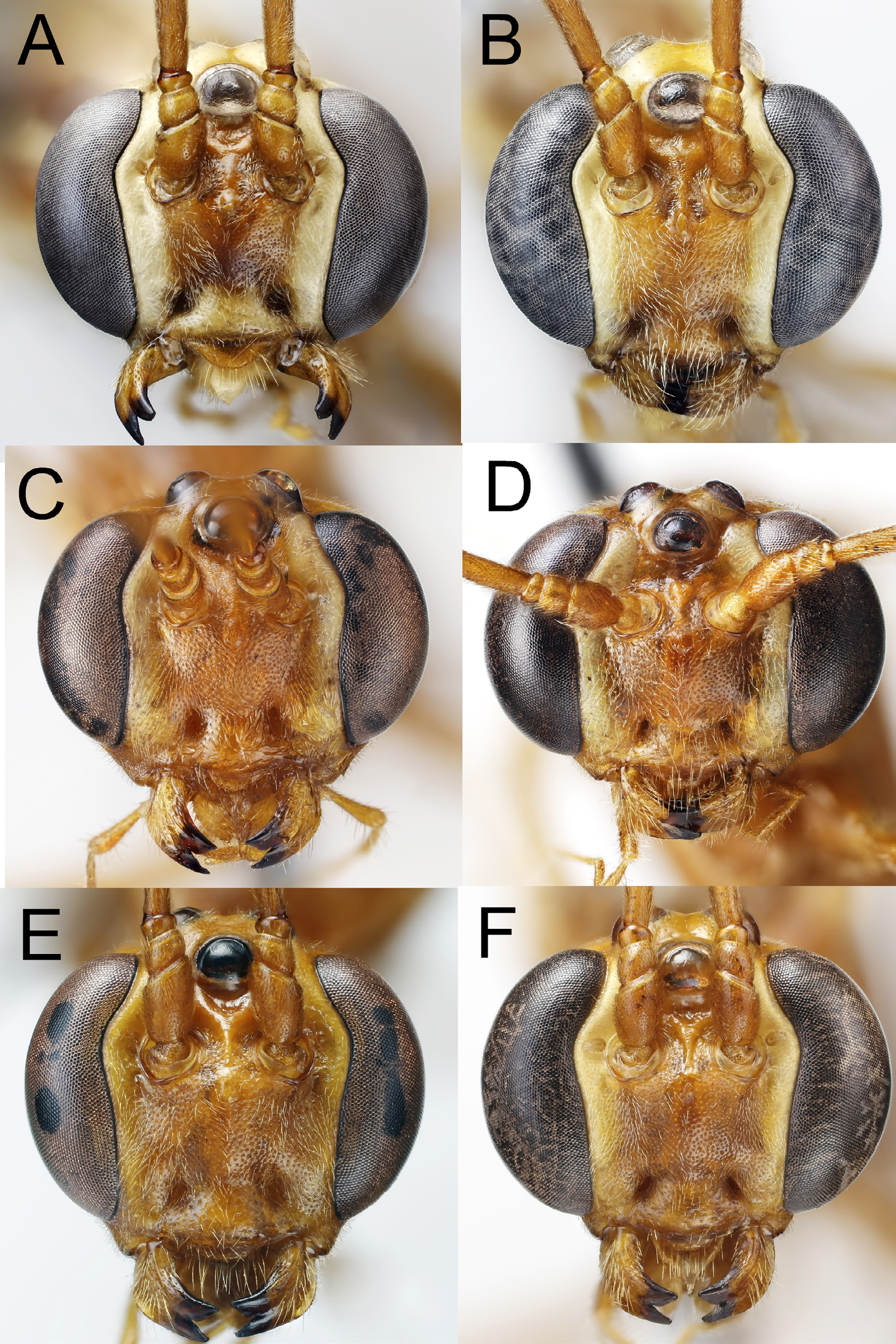 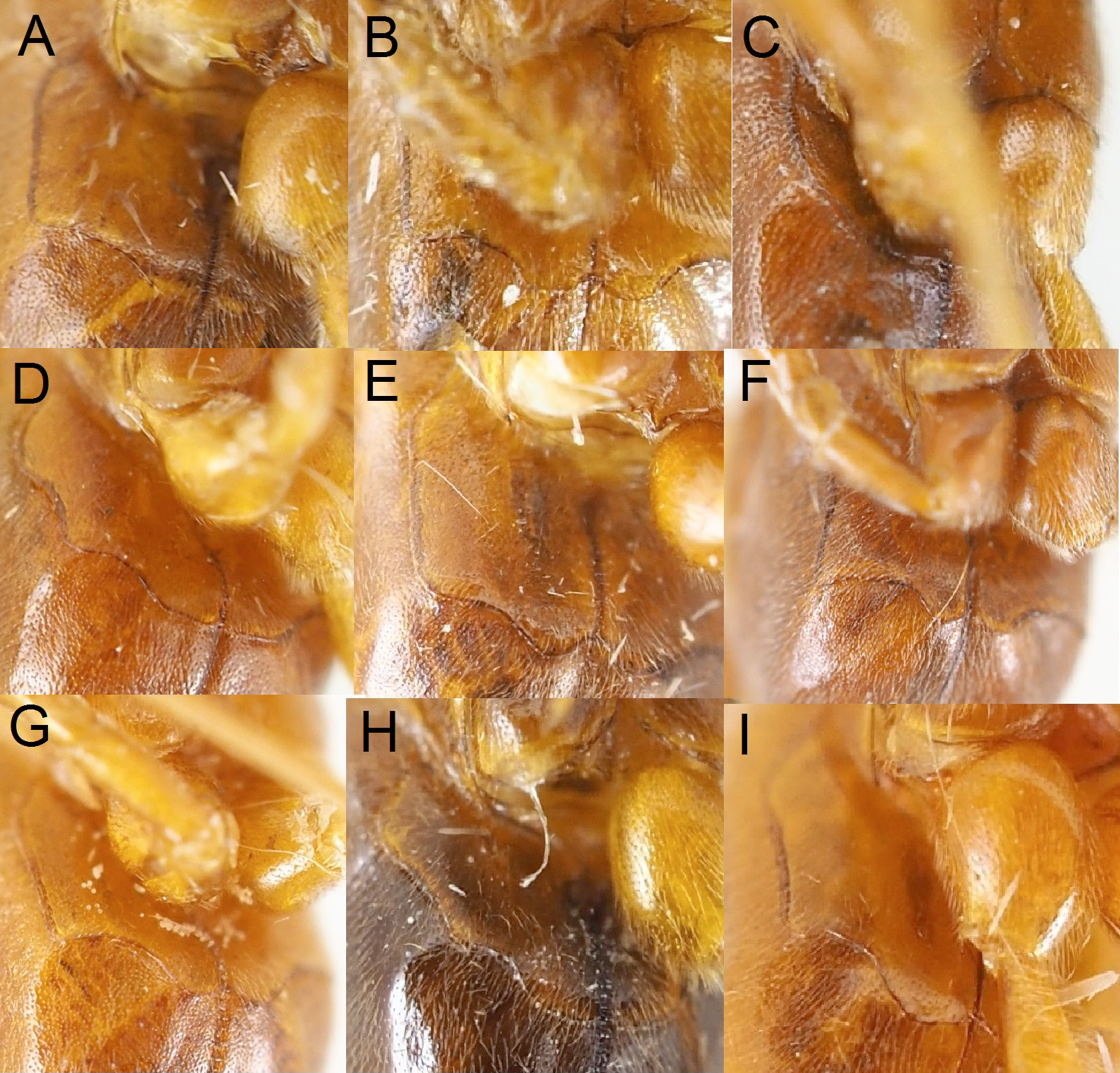 Fig. 1 (continued on next page). Phylogeny of Ophion Fabricius, 1798 as obtained from cytochrome oxidase 1 (COI) sequences. Maximum likelihood tree is shown with clade support including 234 Ophion and 3 outgroup specimens is shown based on 150 bootstrap iterations using the General Time Reversible model and analysed with MEGA-X. The sample ids “NJBC” refer to the BOLD database.