Abdominal somites 2–4 each with 2 uninterrupted transverse ridges on tergite, with or without interrupted ridge between; somite 5 and 6 each with 1 ridge. Telson 0.6 as long as broad. Two pairs of male gonopods.

Basal article of antennular peduncle with well-developed distolateral and distodorsal spines; distomesial spine clearly smaller than others. Ultimate article with a few short setae not in tuft on distodorsal margin.

Remarks. The new species belongs to the group of Galathea  with laterally uninterrupted stria between the anteriormost branchial marginal spines directly behind the anterior cervical groove, a pair of epigastric spines, the pterygostomian flap without spines on the upper margin, no plumose setae on carapace and abdomen, and epipods only on P 1.

Galathea denticulata  is closely related to G. amamiensis Miyake & Baba, 1966  (see above). However, the two species can be easily distinguished by the following characters:

1. The lateral margin of the rostrum bears small teeth in G. denticulata  , whereas these teeth are clearly stronger in G. amamiensis  .

3. The parahepatic spine on each side of the second stria is absent in G. denticulata  , whereas it is present in G. amamiensis  .

5. I n G. amamiensis  , there is no spine between the anterolateral spine and the end of the anterior cervical groove, and no spine on the hepatic region. Both spines are present in the new species.

Distribution. Only known from Mayotte, at 0–20 m, on coral boulders on sand. 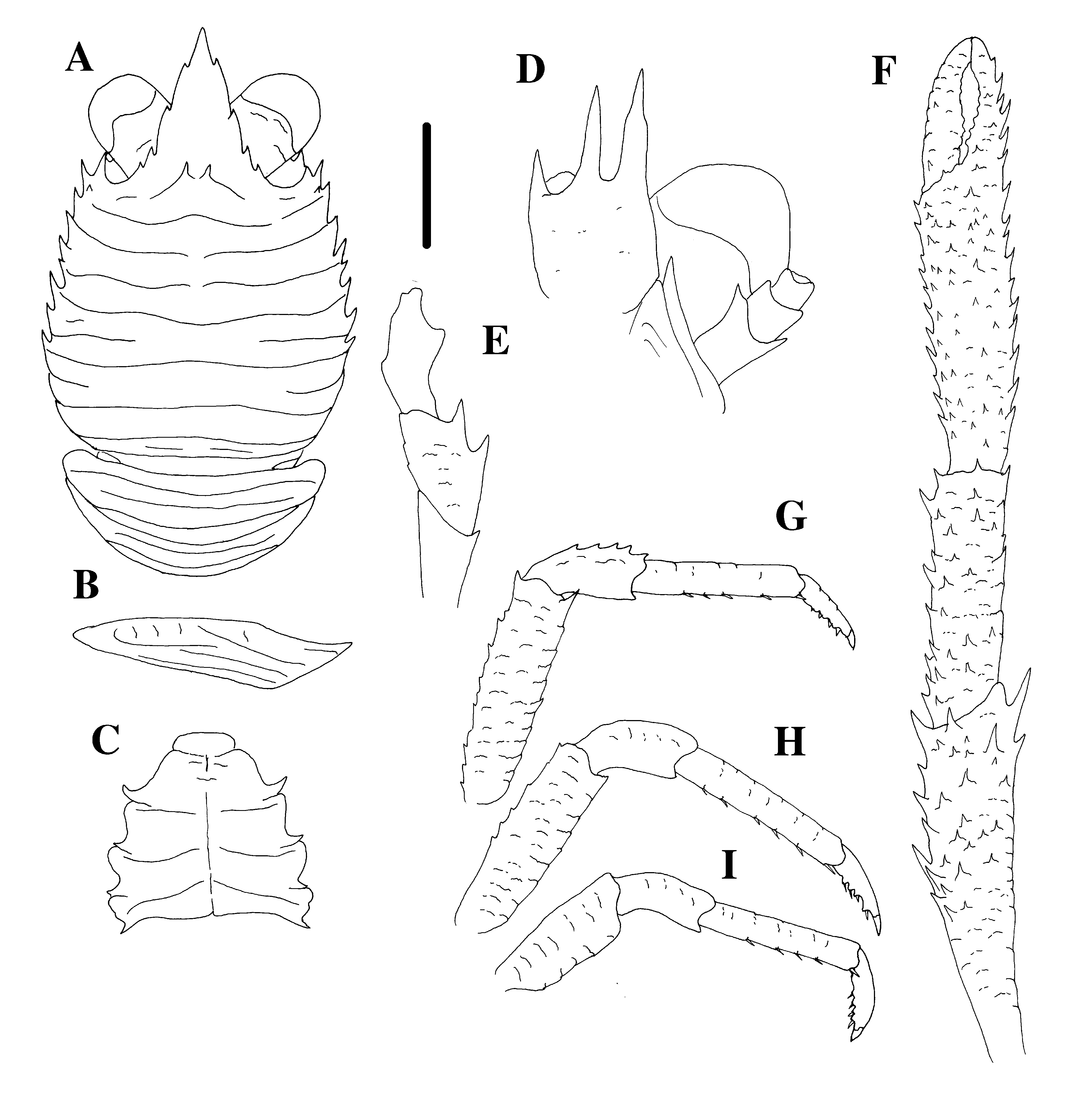 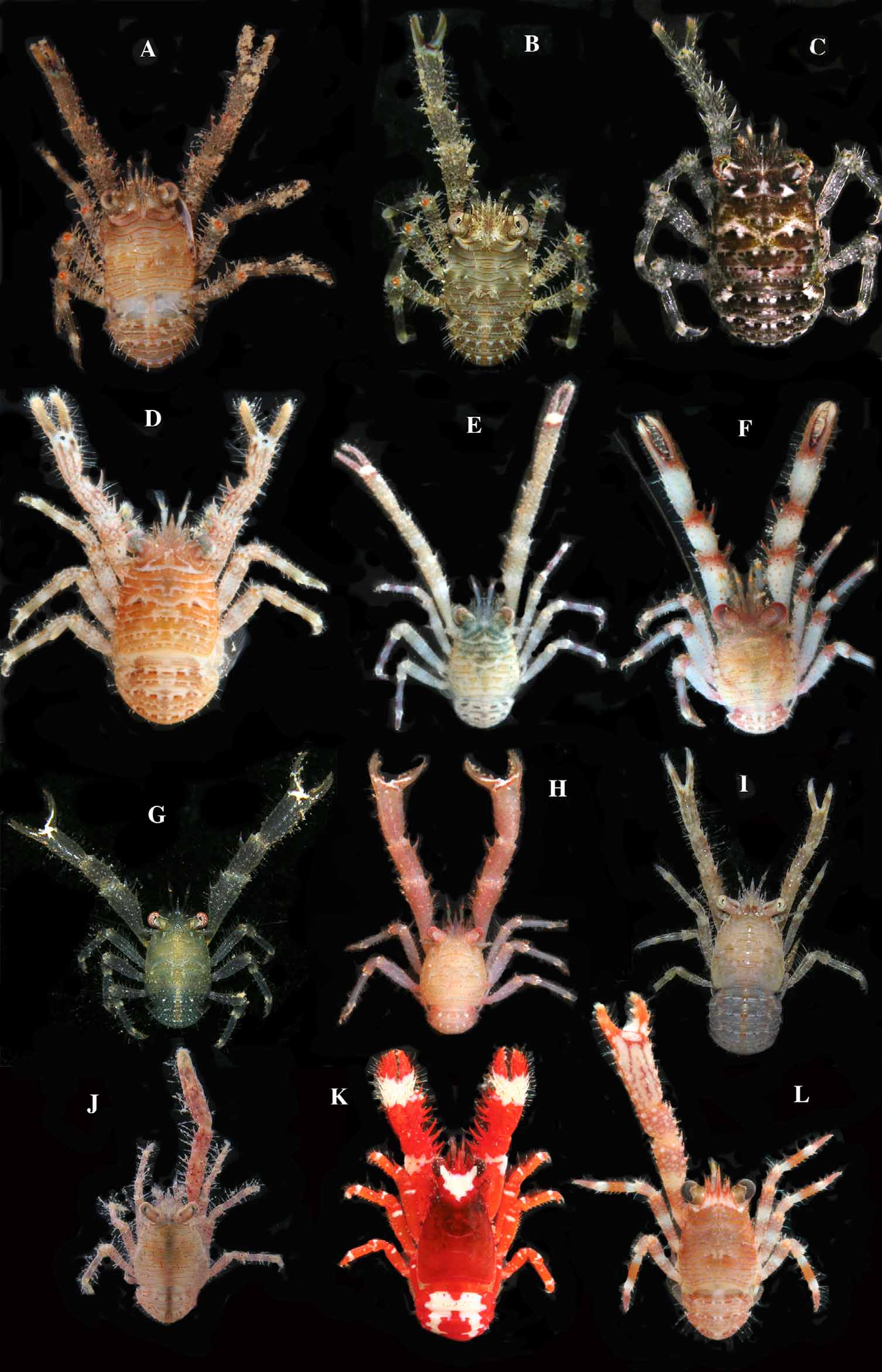