The female specimen belongs clearly to the genus Plangia  of which three species are known from Madagascar ( guttatipennis  and segonoides  ) and the West Indian Islands ( ovalifolia  ; Table 1). In width of the tegmina the collected specimen is very similar to P. segonoides  , known only from the male type specimen. Also the other measurements are relatively close to this species. Therefore we assume that the specimen may belong to P. segonoides  . Since the female was unknown, we give figures of its head and ovipositor ( Fig. 2View FIGURE 2). However, it may be difficult to separate a single female morphologically from other African Plangia  species.

Habitat. The specimen was found dead in a spider web in a semiopen site within tall tropical rainforest with many palm species and several orchid and fern species. 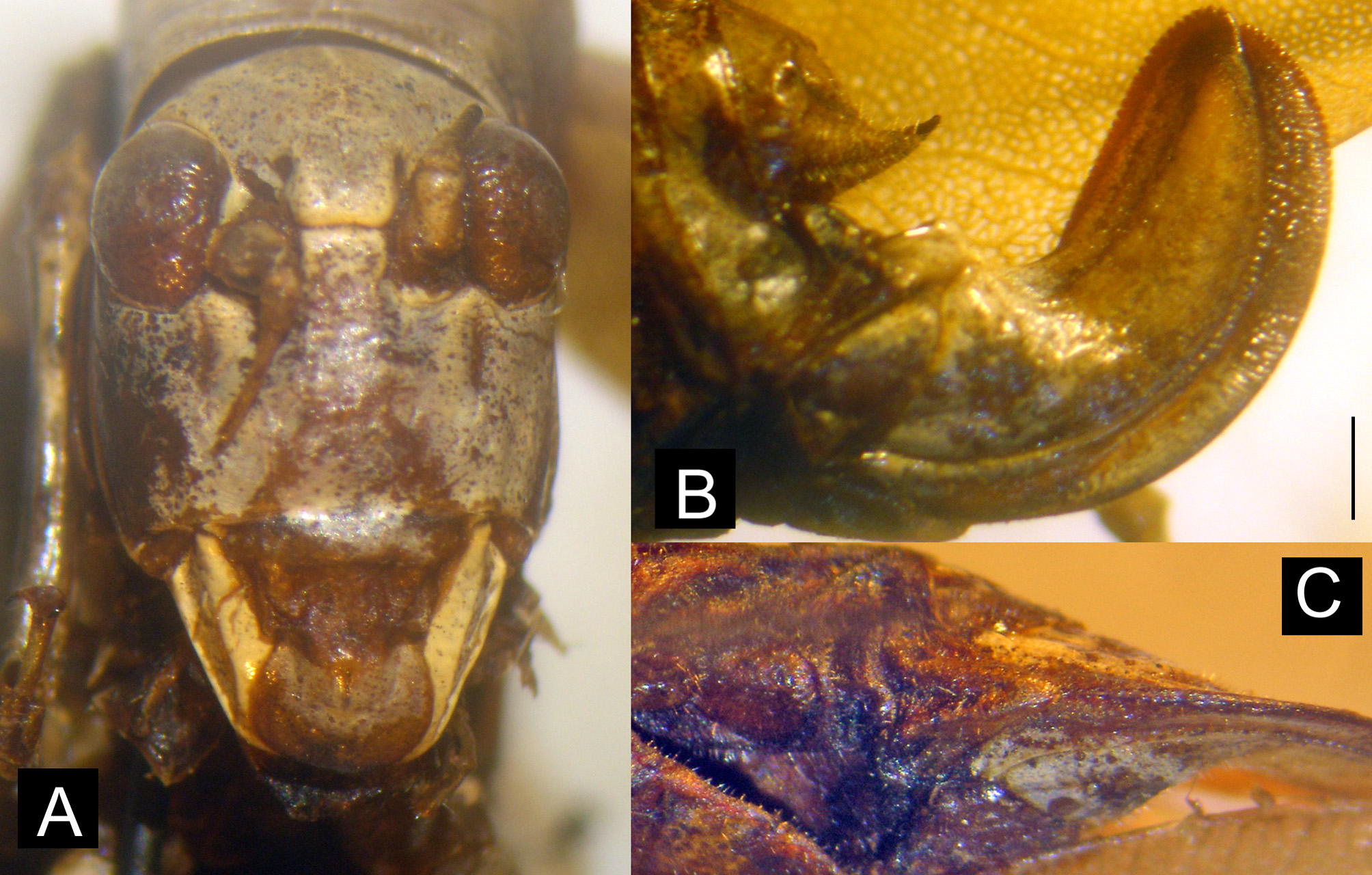