Description. Holotype female: Color uniformly dark shiny green except for shiny white patch on left tegmen and tawny to pinkish area around tympana of fore tibiae ( Fig. 11View FIGURE 11). Head and antennae: Antennae green, thin, markedly longer than total length of insect. Fastigium as typical for genus. Eyes circular, prominent, greenish with lighter upper part when alive. Thorax: Pronotum without lateral carinae, broadly rounded to lateral lobes, surface of disc slightly wrinkled. Anterior margin almost straight with small median indentation, posterior margin broadly rounded. Tegmina and wings: As for genus, both pairs of wings fully developed, alae surpassing tegmina. Fore femora with anterior ventral ridge with three tiny spinules, posterior side rounded and unarmed. Mid and hind femora unarmed. Fore and mid tibiae without dorsal spurs, only with one small spur ventrally on inner side. Hind tibiae dorsally and on inner ventral side unarmed; on outer side one thick spur and a smaller located on opposite side to the other one; remaining part of hind tibia with four edges giving the tibiae a quadrangular shape especially towards its end; densely armed with numerous black-tipped spines.

Etymology. From Greek—λευκό, white, because of the conspicuous white patch on the left tegmen.

Diagnosis. The specimen differs from all Malagasy species of Parapyrrhicia  with known females by the shape of the ovipositor which has a denticulate apex ( Fig. 12 BView FIGURE 12), while those of the other Madagascan species have serrate apices. All Parapyrrhicia  from African mainland, however, have also denticulate apices (see Hemp et al. 2016), a difference already noted by Massa (2017b). From these African species it differs at the first glance by the white markings on the base of the tegmina ( Fig. 11View FIGURE 11), known only in males of some African species. Females of at least some Malagasy species ( P. madagassa  ), however, have also a white patch on the base of each tegmina. From P. longipodex  , the only Malagasy species whose female is unknown, the specimen at hand differs clearly in the shape of the pronotum ( Fig. 12AView FIGURE 12).

P. leuca  is the first specimen of Parapyrrhicia  found in the southern half of Madagascar, all others come from the northern part. 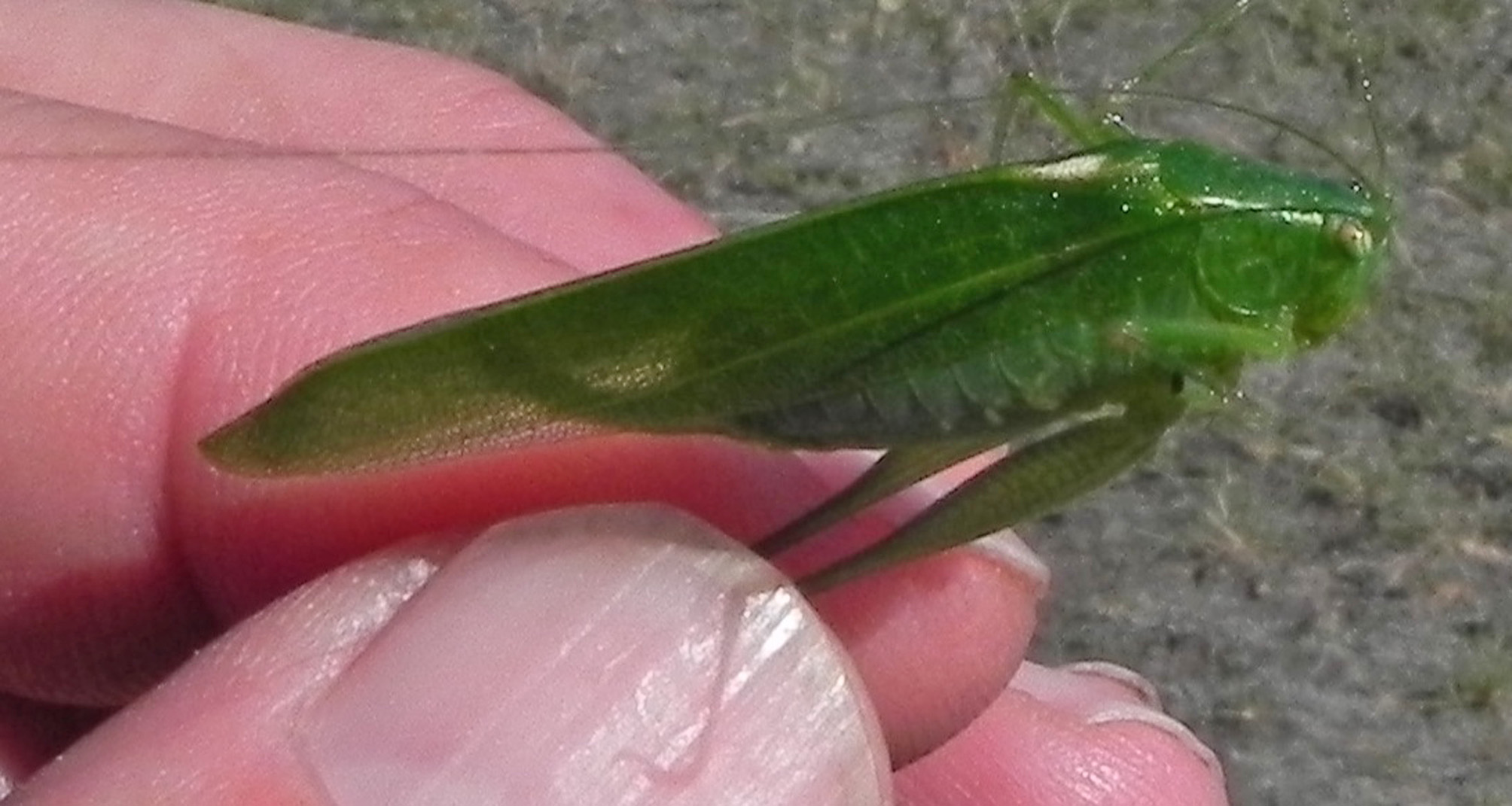