Diagnosis. Ontholestes oculatus  is currently the only species of the genus in Taiwan. It can be easily distinguished from other Staphylinina  by the generic character: pronotum with acute anterior angles.

Bionomics. Live specimens of O. oculatus  were observed to be active on the surface of fresh cow dung during the entire day (Cheng-Han Ma personal communication, 2019). 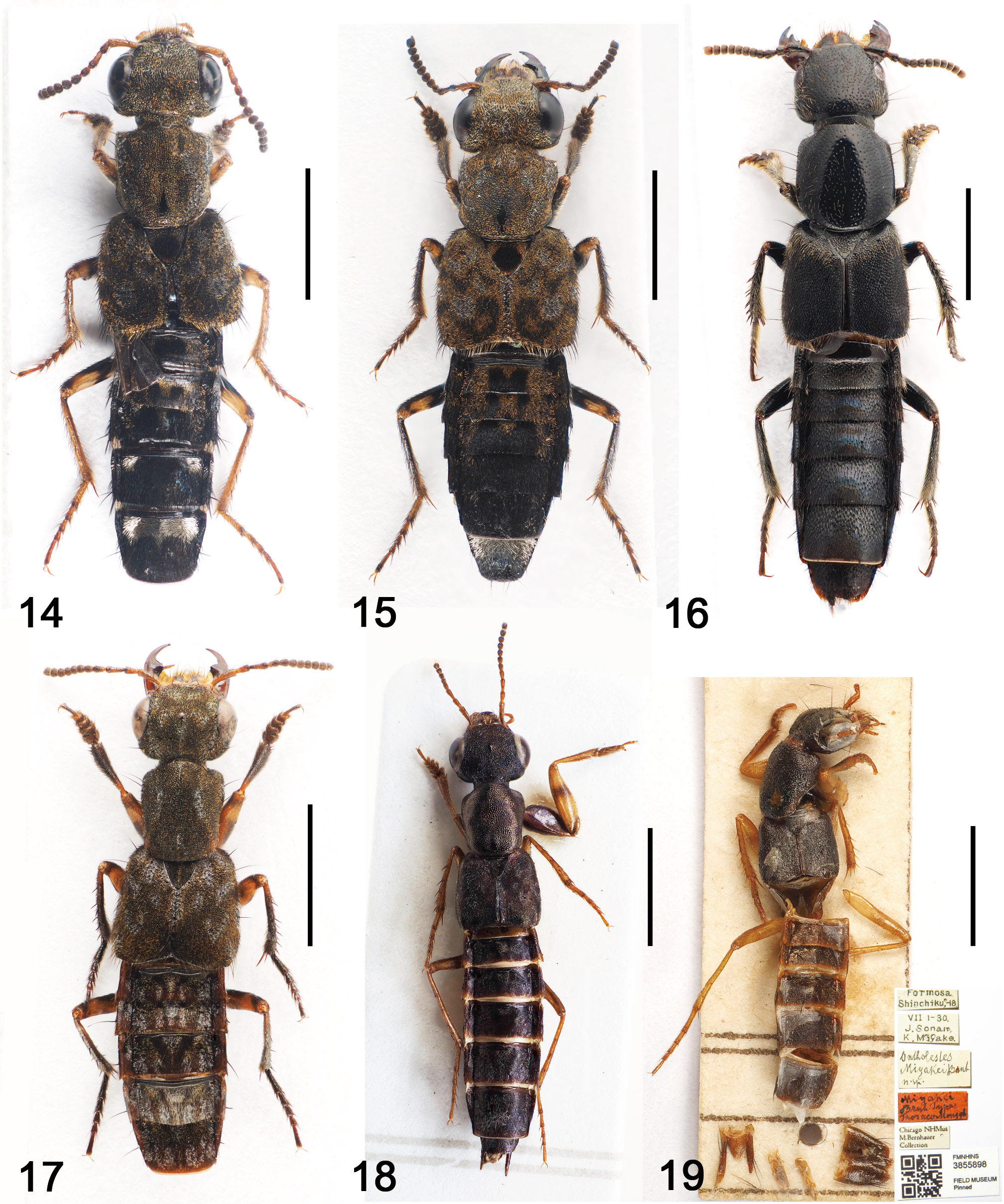 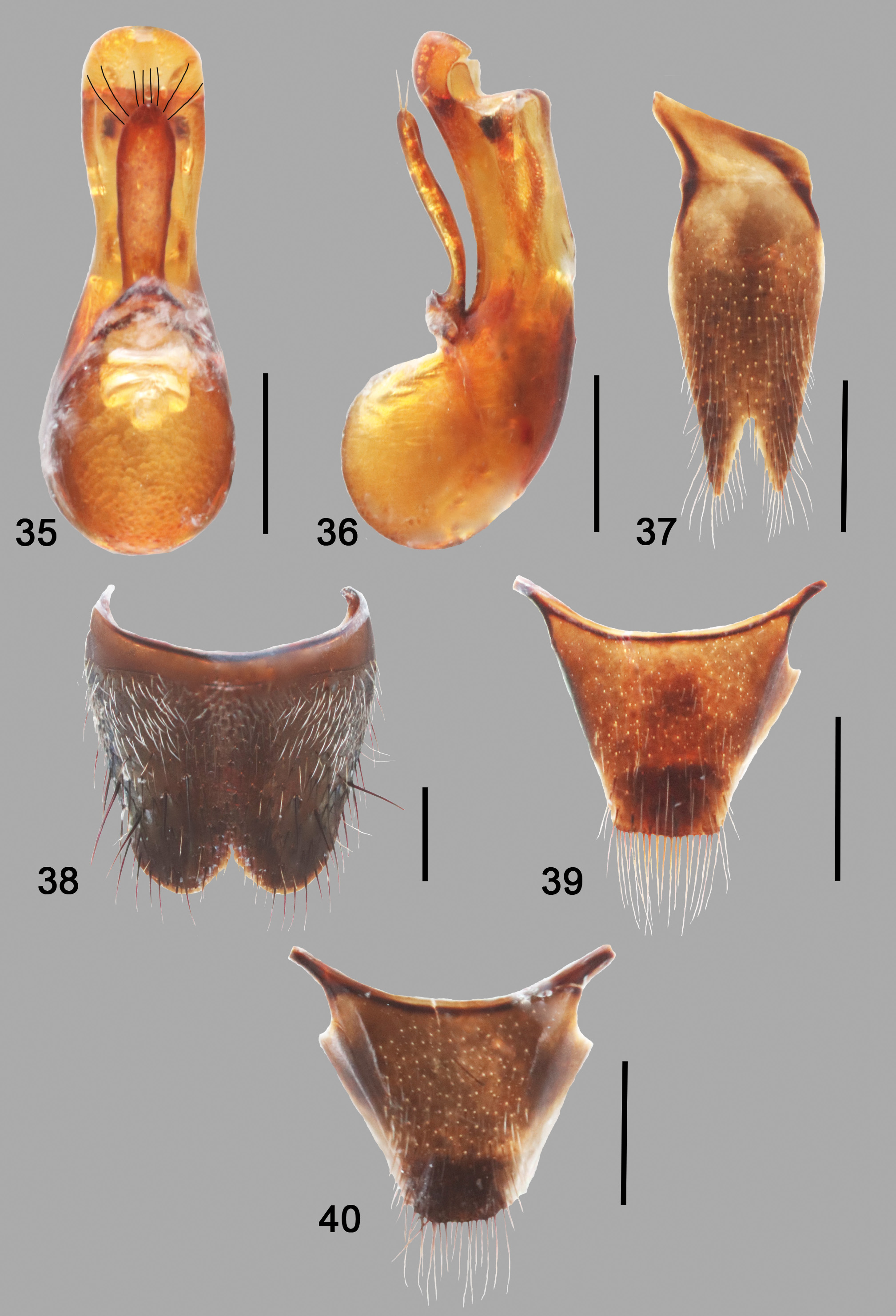