Variation. Intraspecific variation among the specimens of the type series is given in Table 2. Observed variation in the numbers of pairs of paleae, scaphal hooks and cirri on ventral lobes of segment 2 is size-related ( Table 2).

Remarks. Members of P. pusilla  differ from specimens of P. alissoni  n. sp. in having distally trifid medial extension of cephalic veil, fewer pairs of cirri on lobes of segment 2, with wider mid-ventral gap, larger midventral lobes on segment 3, and distinctly shorter scaphal medial cirrus, about as long as lateral papillae. Members of P. alissoni  n. sp., in contrast, have distally entire or bifid medial extension of cephalic veil (paratype 7 with bifid extension, entire in all other specimens) and scaphal cirrus about 5 times as long as lateral papillae.

Members of P. tenuis Caullery, 1944  , according to the original description, have ventro-lateral lobes of segment 2 with 4 pairs of triangular cirri, U-shaped ventral lobe on segment 3, and uncini with 3 teeth only, main fang and 2 secondary teeth. In contrast, members of P. alissoni  n. sp. have 5–7 pairs of cirri on lobes of segment 2, segment 3 without a ventral lobe, with a pair of spherical papillae instead, and uncini with more secondary teeth, main fang and 2–3 transverse rows of progressively shorter secondary teeth.

Type locality. The holotype comes from off the state of São Paulo, southeastern Brazil, southwestern Atlantic. The type series includes material from the northern coast of São Paulo and southern coast of Rio de Janeiro. Etymology. This species is dedicated to Alisson Ricardo da Silva for his friendship with JMMN. 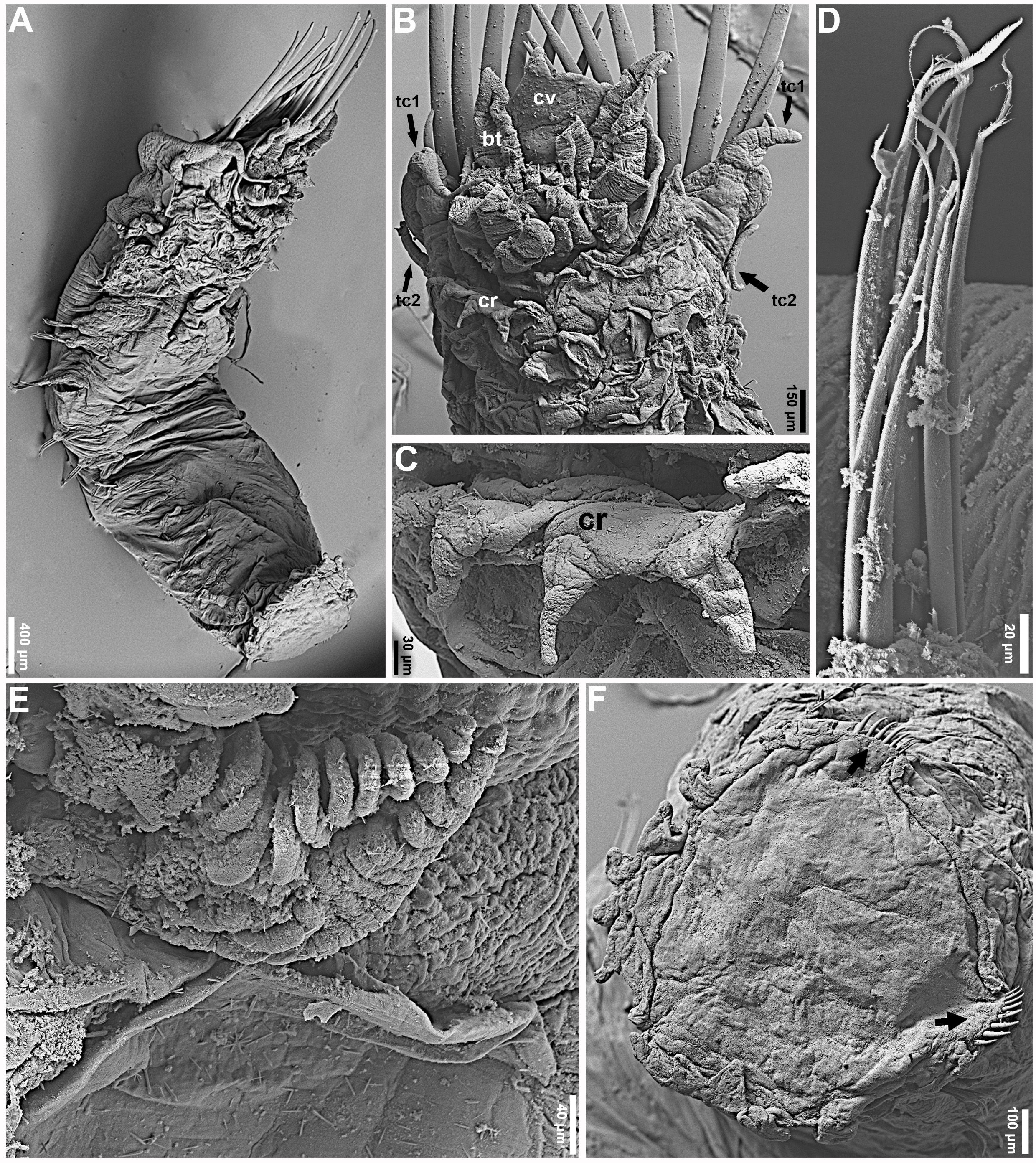