Diagnosis. This species superficially resembles a number of congeners, including its sister-species M. placida   n. sp., with which it may be broadly sympatric. It differs from M. placida   n. sp. as follows (characters in the latter species in parentheses): the VHW is uniform reddish brown in the distal half, including distally of the submarginal ocelli and white dots (rather than just basally of these markings); the VHW ocellus in cell CuA2-CuA1 is very small, with no distinct ocellar ring (larger with distinct yellowish orange ocellar ring); the VHW ocellus in M2-M1 is not developed (developed, with black centre and ocellar ring); the VHW submarginal red-brown line is more undulate (less undulate); the VHW has virtually no trace of a pale postdiscal line (variable but distinct line present). The species is also similar to other Manerebia   that lack a VHW pale postdiscal line (e.g., Manerebia lamasi Pyrcz & Willmott, 2006   n. stat., Manerebia pauperata   n. stat.), but may be distinguished from them by the very reduced VHW submarginal ocelli, especially that in cell CuA2-CuA1. Two males each of M. granatus   n. sp. and M. placida   n. sp. were dissected and they showed consistent differences between the two species, in particular the arms of gnathos parallel in dorsal view in M. granatus   n. sp. but directed inwards in M. placida   n. sp., and the spines at distal tip of valvae extending further basally along the inner edge in M. granatus   n. sp., but confined to the distal tip in M. placida   n. sp. The male genitalia of both species may be distinguished from the otherwise similar species M. benigni Pyrcz, 2004   as described below under M. placida   n. sp.

Etymology. The species name is the Latin word for garnet, in reference to the deep reddish brown colours of this species, and it is treated as a masculine noun in apposition.

Most known individuals of M. granatus   n. sp. were collected at the type locality, a sandstone tepui in southeastern Ecuador, along a steeply climbing trail through cloud forest from 2010–2100 m. A single individual was collected on the top of the tepui in stunted elfin forest near 2300 m. A single female that may also represent this species (discussed above) was collected flying 1 m above the ground along the edge of a dirt road through cloud forest. Other congeners present at the type locality included M. benigni tessmanni Pyrcz, 2004   , M. pauperata   n. stat., and M. trimaculata   . 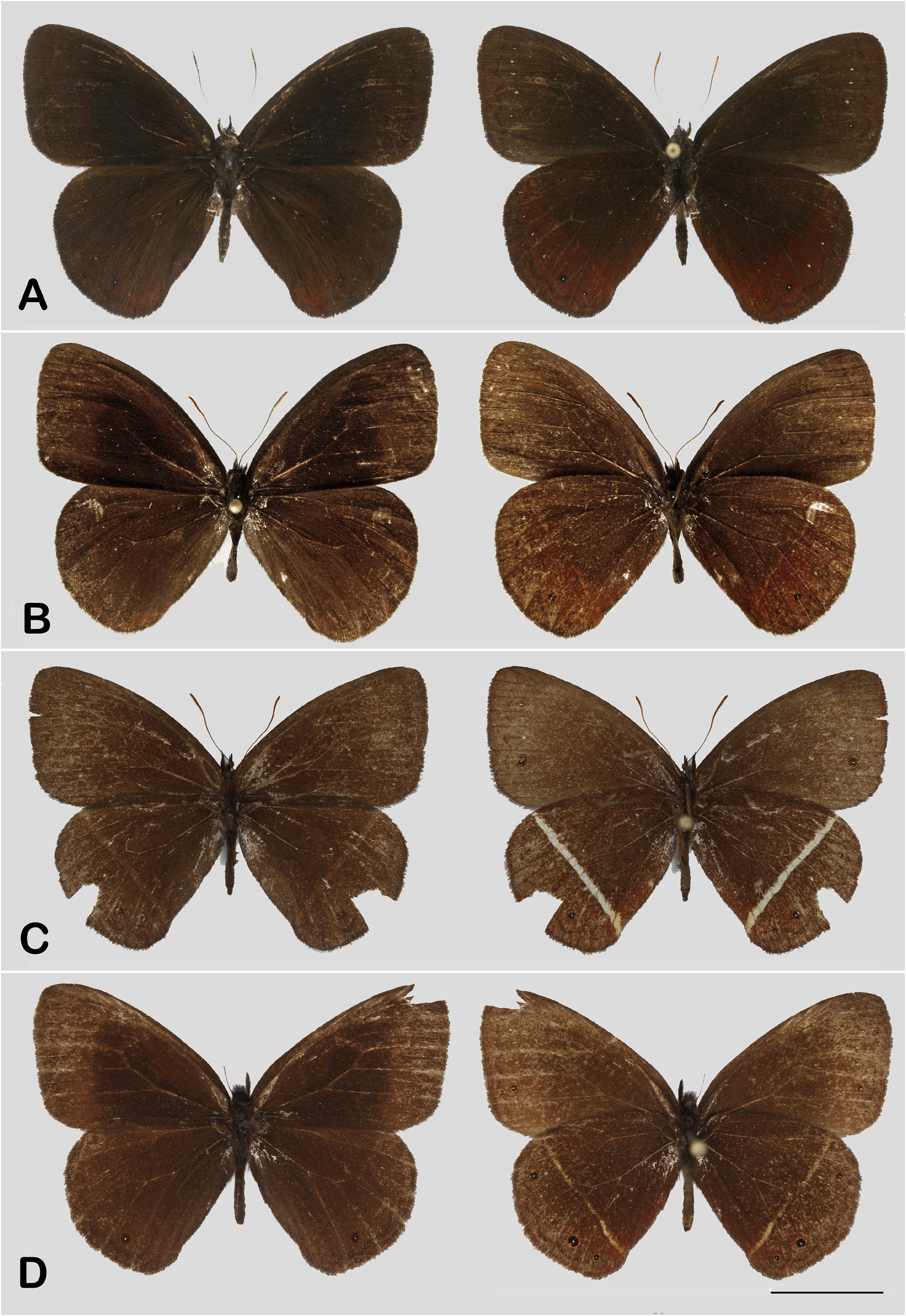 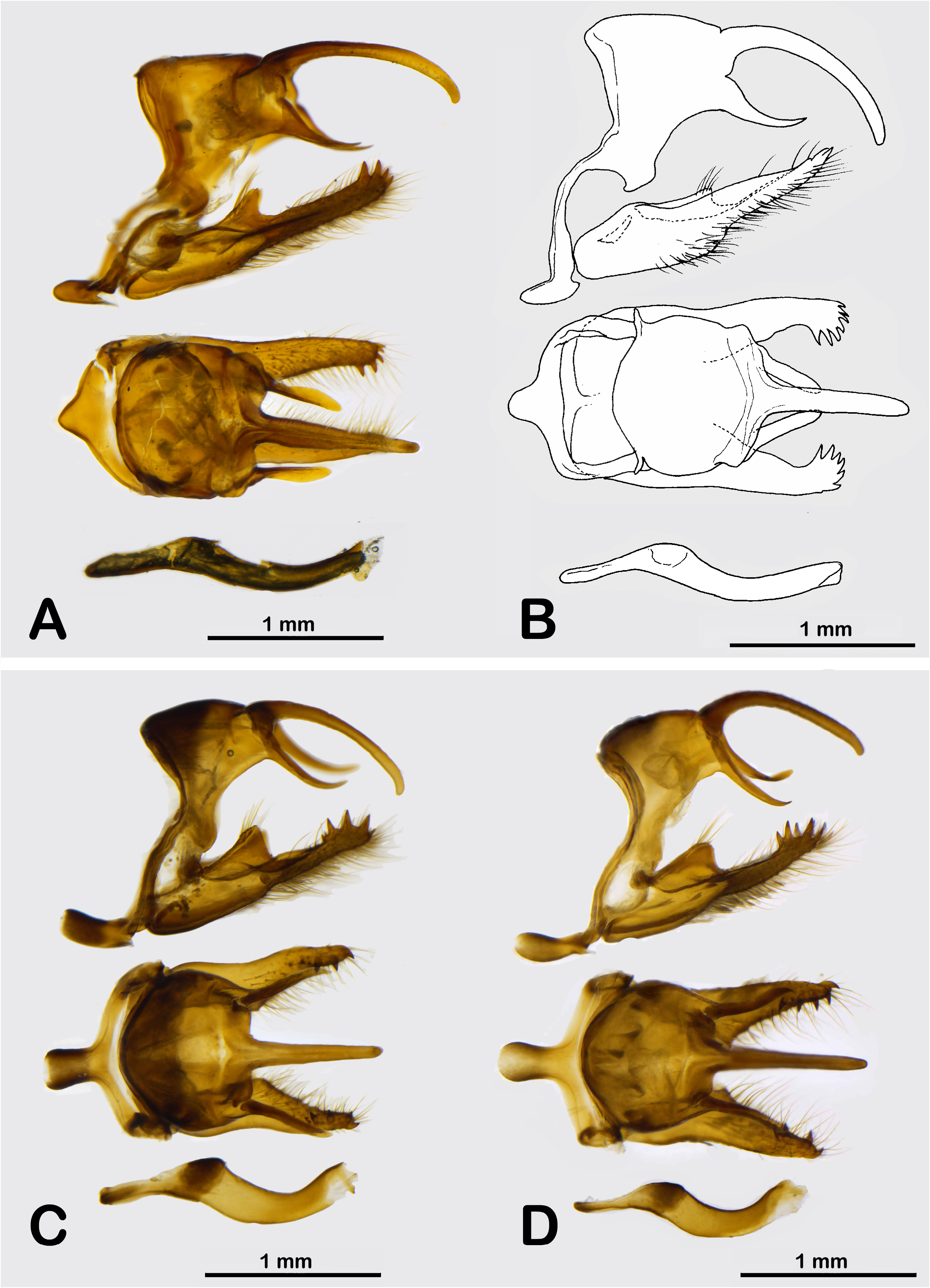