This is a temperate Palaearctic species that is distributed from north-eastern Europe to the Far East ( Švácha and Danilevsky 1989, Sama 2002). Moreover, the subspecies L. nigripes rufipennis   is known to occur in the easternmost part of its territory from East Siberia and Kazakhstan to the Far East ( Danilevsky 2017a).

In Mongolia, it is a quite common species, especially in stands having a large share of birch trees (e.g., Namhaidorzh 1972, Cherepanov 1990a, Müller et al. 2013), which is the main preferred host plant species. The development of the larvae takes place in trunks, branches, and decaying stumps. The adults fly from May to August and feed on the flowers of various species ( Cherepanov 1990a, Sama 2002).

A single male was observed on flowers in the forest steppe (Fig. 7A View Figure 7 ). The larvae (Fig. 7B View Figure 7 ) were found in the rotten stumps of the birch Betula platyphylla   in their basal zones in the light taiga (Fig. 7C View Figure 7 ). Like L. thoracica   , this species, which is very rare in Europe, seems to be rather common in pristine local habitats of both Mongolian taiga and forest steppe. 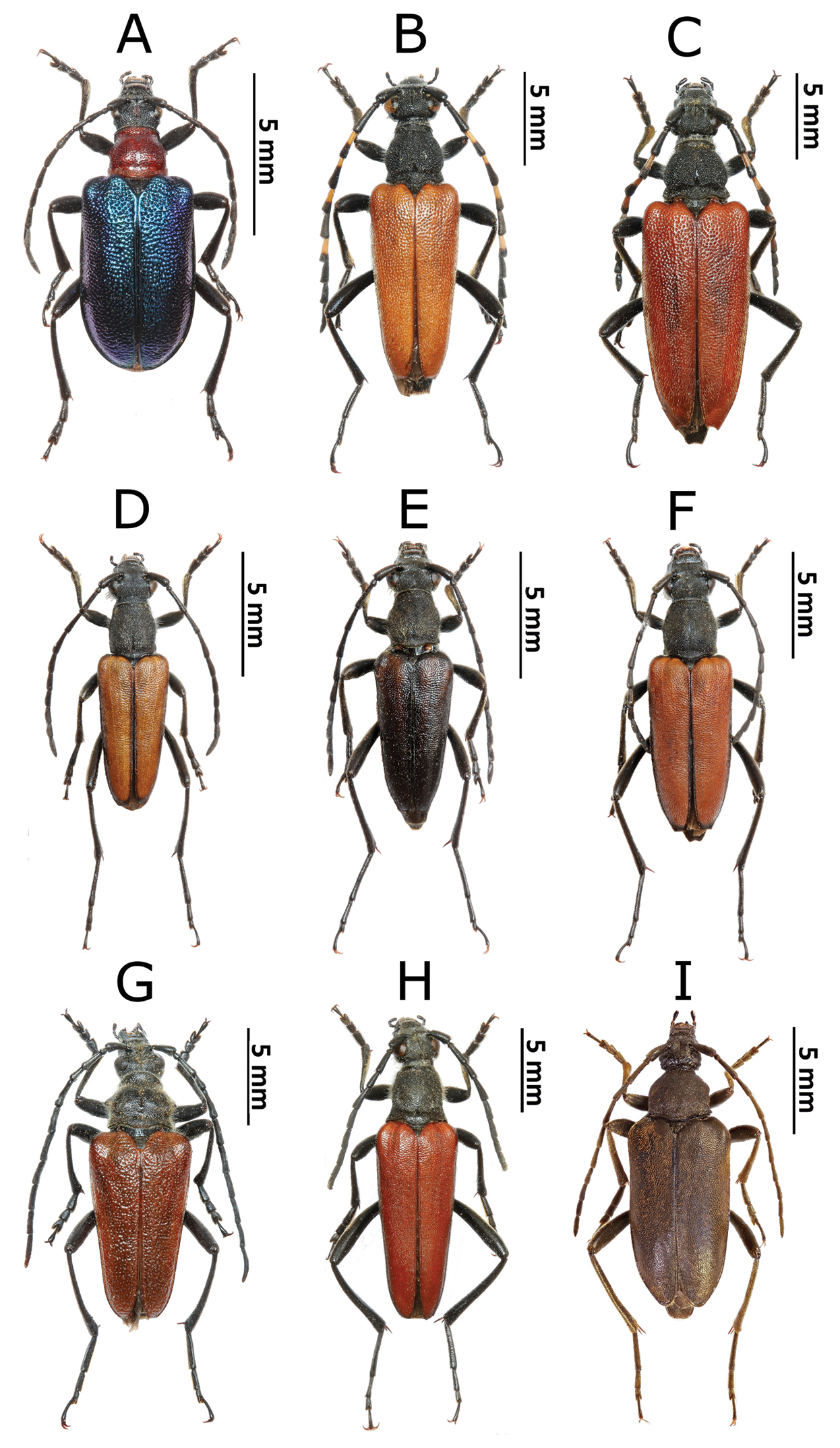 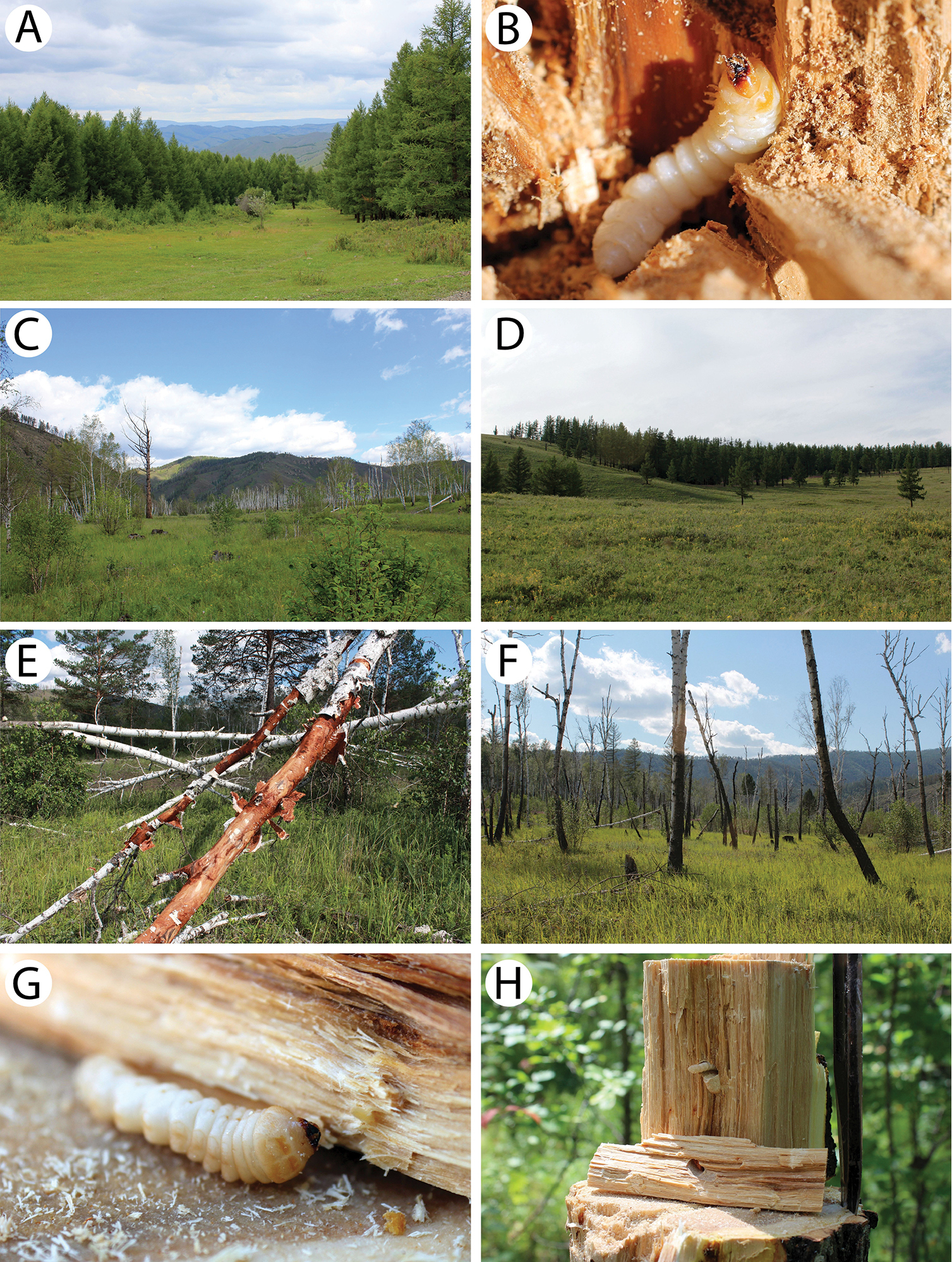