The species is named in honour of Dr. Ian Millar in view of his long term studies of South African scale insects.

The genus Cryptinglisia Cockerell, 1900  comprised until now 3 African species (all were described from South Africa). The new species seems to be most similar with C. elytropappi (Brain, 1920)  , but, according to the redescription and illustration of De Lotto (1967b), the latter species has only one stigmatic seta per stigmatic cleft (in contrast to 3 setae in addition to an uninterrupted row of marginal setae in C. millari  sp. nov.), symmetric claw digitules (strongly asymmetric in C. millari  sp. nov.) and does not have rows of simple pores along the margin and along the midline (see the Key below). The new species is ovoviviparous with fully developed larvae inside the mother’s body. 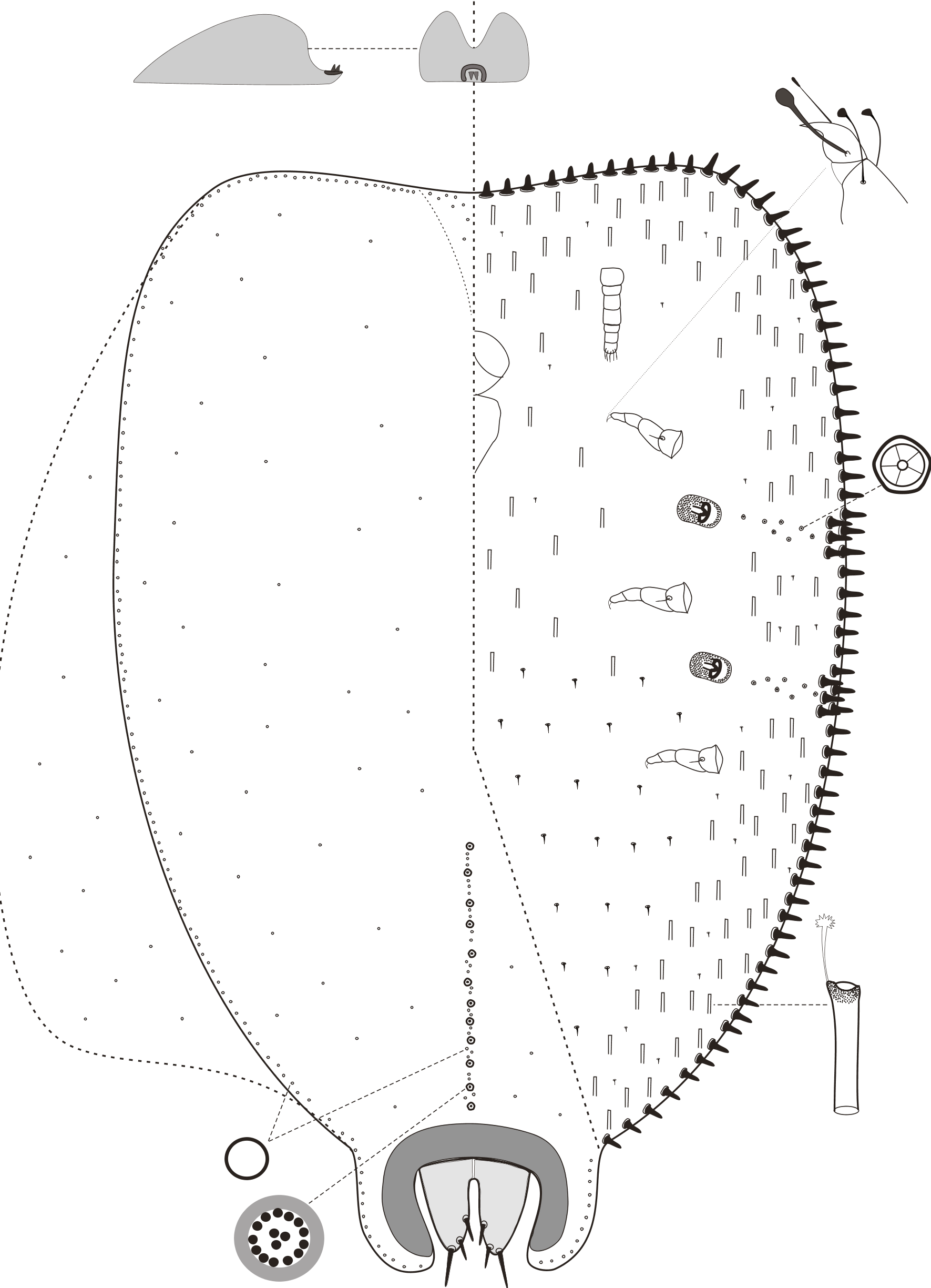