Smicridea jeaneae sp. nov. also belongs to the albosignata complex.Among the species in this complex, it is most similar to S. bulbosa Flint, 1974 from Suriname based on the strong, parallel, pointed apicomesal lobes on tergum X and the short, slender apical segment of the inferior appendage with slightly acute apex. In both species the claw-shaped internal dorsolateral plates of the phallic apparatus are as long as the basal width, but in S. jeaneae sp. nov. the plates are straight mesally, while in S. bulbosa they are curved. In addition, the phallotremal sclerite of the phallic apparatus has a hastate shape distally in dorsal view and is kidney-shaped in lateral view in the new species, but is strap-like in dorsal view and rod-like in lateral view in S. bulbosa . Smicridea jeaneae sp. nov. can also be recognized by the three stout apical spine-like setae on the basal segment of the inferior appendage, one long seta dorsally and two mediumsized setae on the mesal margin.

This new species is named in honor of Dr Jeane Marcelle Cavalcante do Nascimento (Instituto Nacional de Pesquisas da Amazônia, INPA – Brazil) for her valuable friendship, cooperation in the field and the laboratory, and in gratitude for her help in collecting material during the doctoral studies of the first author.

The only male specimen of S. jeaneae sp. nov. was collected near the Oiapoque River, at a place known as “Buraco do Cristal”; this river is about 400 m in width. The prevalent vegetation is Dense Ombrophilous Lowland Forest. The collection site is located in the northern-most part of the Brazilian Amazon. 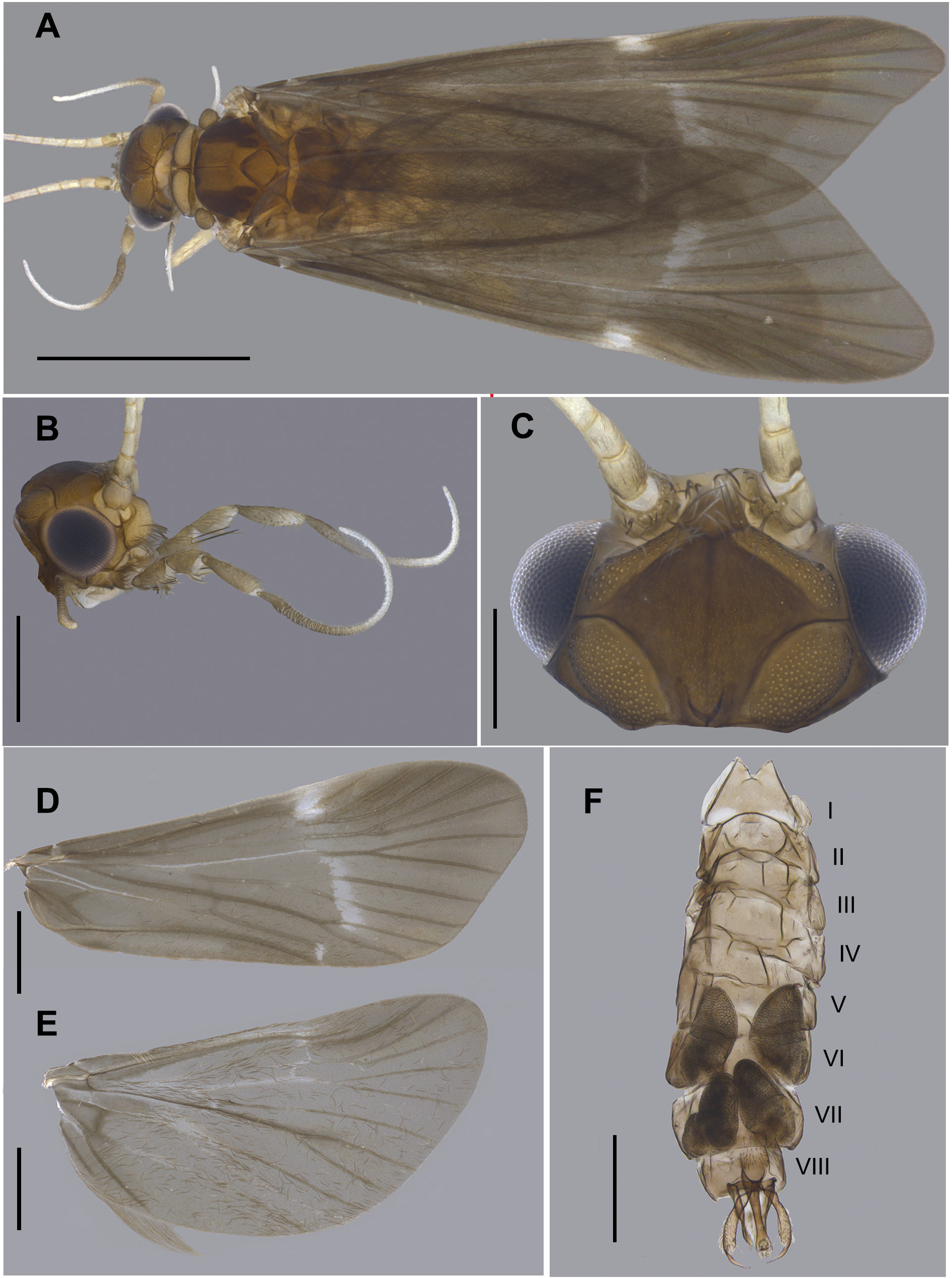 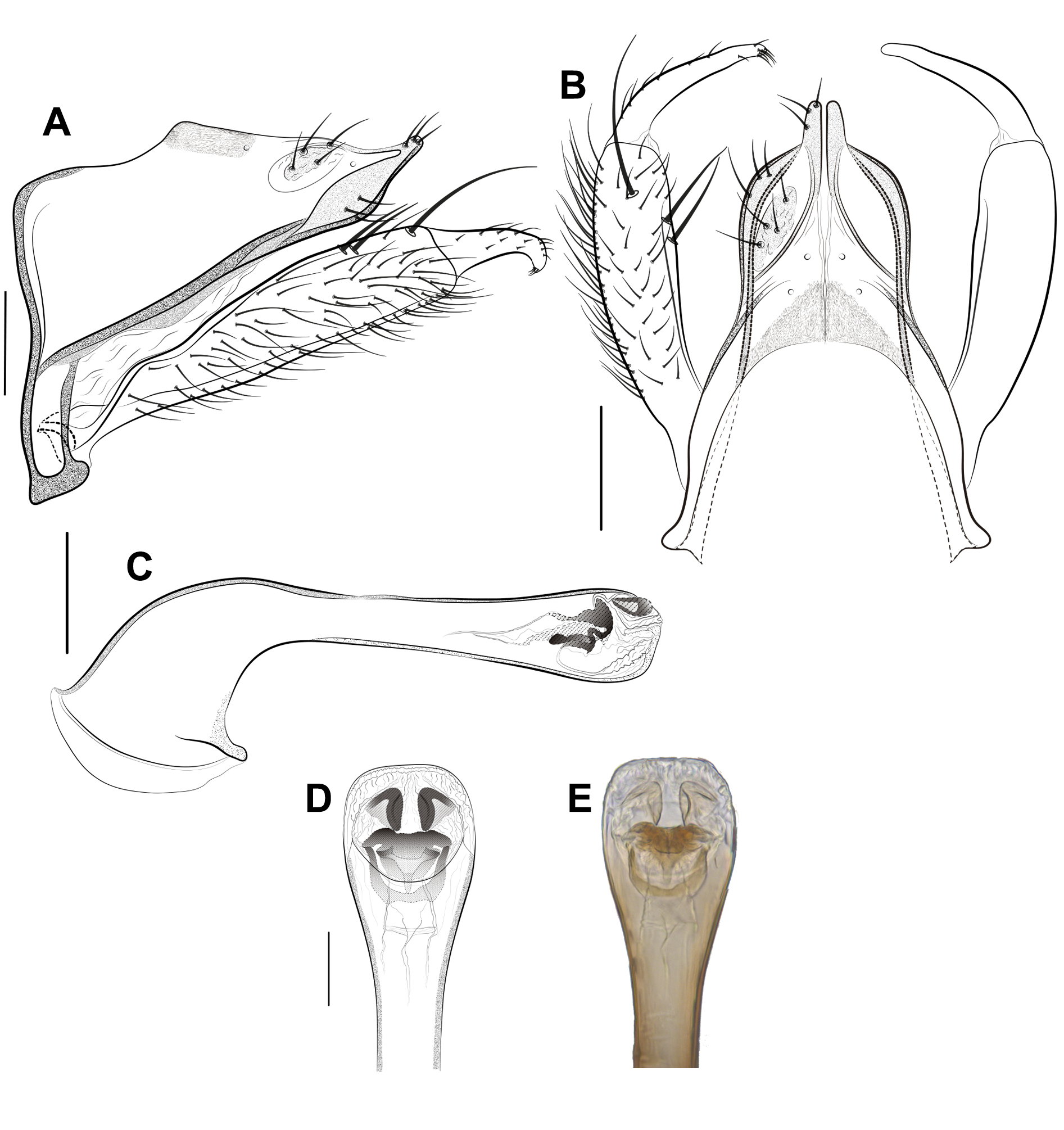