Descriptive notes. Head-body 35-49 cm, tail 40-53 cm; weight 1.1-6 kg. This is the largest olingo, differing from others in the genus by being more yellowish brown and often having a prominently ringed tail. It is also more sexually dimorphic than other olingos, with males having more robust heads.

Habitat. Found in forests within the central part of Mesoamerica. This olingo has a wide elevational range (near sea level to about 2000 m) but is most common in mountainous forests above 1000 m. This is probably the species recently recorded in the lowlands of Guatemala, and perhaps also seen in the mountains of Honduras.

Food and Feeding. Northern Olingos have been seen feeding on fruit and nectar in rainforest trees, but no details have been published on their diet. Anecdotal evidence suggests they may also catch small animal prey in the trees.

Activity patterns. Northern Olingos are arboreal and typically nocturnal. Olingos in Monteverde, Costa Rica, have been recorded active during the day;it is unclearif this is typical for the species orif this is in response to being fed by humans at the tourist lodge.

Movements, Home range and Social organization. Northern Olingos are typically seen as singletons, but other details of their behavior have not been studied.

Breeding. The breeding behavior of the Northern Olingo has not been described but is presumed to be similar to the Lowland olingo.

Status and Conservation. Classified as Least Concern by The IUCN Red List, but probably more sensitive to disturbance than other procyonids. In eastern Costa Ricait is considered highly vulnerable to habitat fragmentation and was recorded from the Las Cruces Forest reserve, and from some forest remnants, but not from open habitats. The recent change in the taxonomy of this group, and limited geographic range of this species, will probably require a revision ofits conservation status. 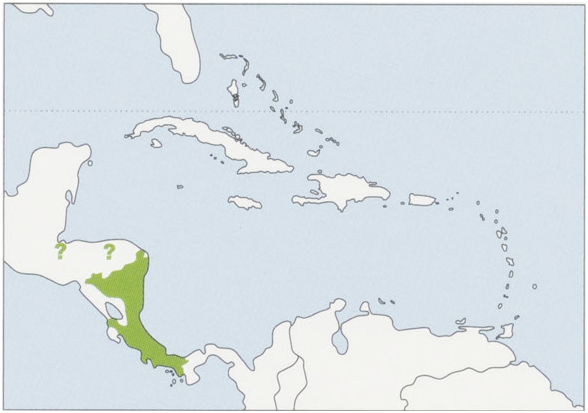