Etymology: Named after its (presently known) area of occurrence.

Description: Colonies erect (though flaccid when out of liquid), up to 3.8 cm high, arising from creeping, branching stolon. Stems monosiphonic, unbranched; basal part of varied length (ca. 1.5 cm long in paratype) and ahydrothecate; above, divided into moderatelylong, slightly geniculate internodes by means of oblique constrictions of the perisarc slanting in alternate directions; one hydrotheca confined to the distal end of each internode; side branches arising generally singly (occasionally in pairs) immediately below the base of a hydrotheca, either laterally or slightly shifted on to the front of stem, giving the colony a globally planar appearance; there are no distinct apophyses supporting the branches; 1-4 hydrothecae between successive side branches; branches not strictly alternate, several successive ones may be given off on same side of the stem; up to 2nd order branches observed; first internode comparatively longer than subsequent ones; remainder with structure similar to that of stem. Hydrothecae biseriate, alternate, flask-shaped, smooth-walled, adnate for half their length to the corresponding internode, with distinct outward bend; free adaxial wall convex for most of its length, slightly upturned distally; abaxial wall concave for 3/4th its length, and distinctly convex below aperture; rim tilted away from stem/branches, and provided with 4 pointed, triangular cusps separated by moderately-deep embayments; a four-flapped operculum; three conspicuous internal, submarginal, lamellar projections of the perisarc, one abaxial and two latero-adaxial, the latter could be absent in distalmost, hence youngest, hydrothecae. Gonothecae arising laterally from the internodes, a short distance below the hydrothecal bases; broadly ovoid, transversely wrinkled (up to 6 distinct ridges in upper 2/3rd), tapering below into short, indistinct pedicel, distally bearing a constricted neck region on the top of which is found the aperture surrounded by 4 short, blunt spines; sex could not be ascertained, although a single, ovoid, central mass is carried on by the blastostyle.

Remarks: This species has been incorrectly assigned to Sertularella polyzonias ( Linnaeus, 1758)  by both Hartlaub (1905) and Jäderholm (1910). Its morphological differences with the Linnean species are easily noted by comparing Fig. 13E, F and 13GView Fig. 13, and Fig. 13H, I and 13JView Fig. 13, respectively. 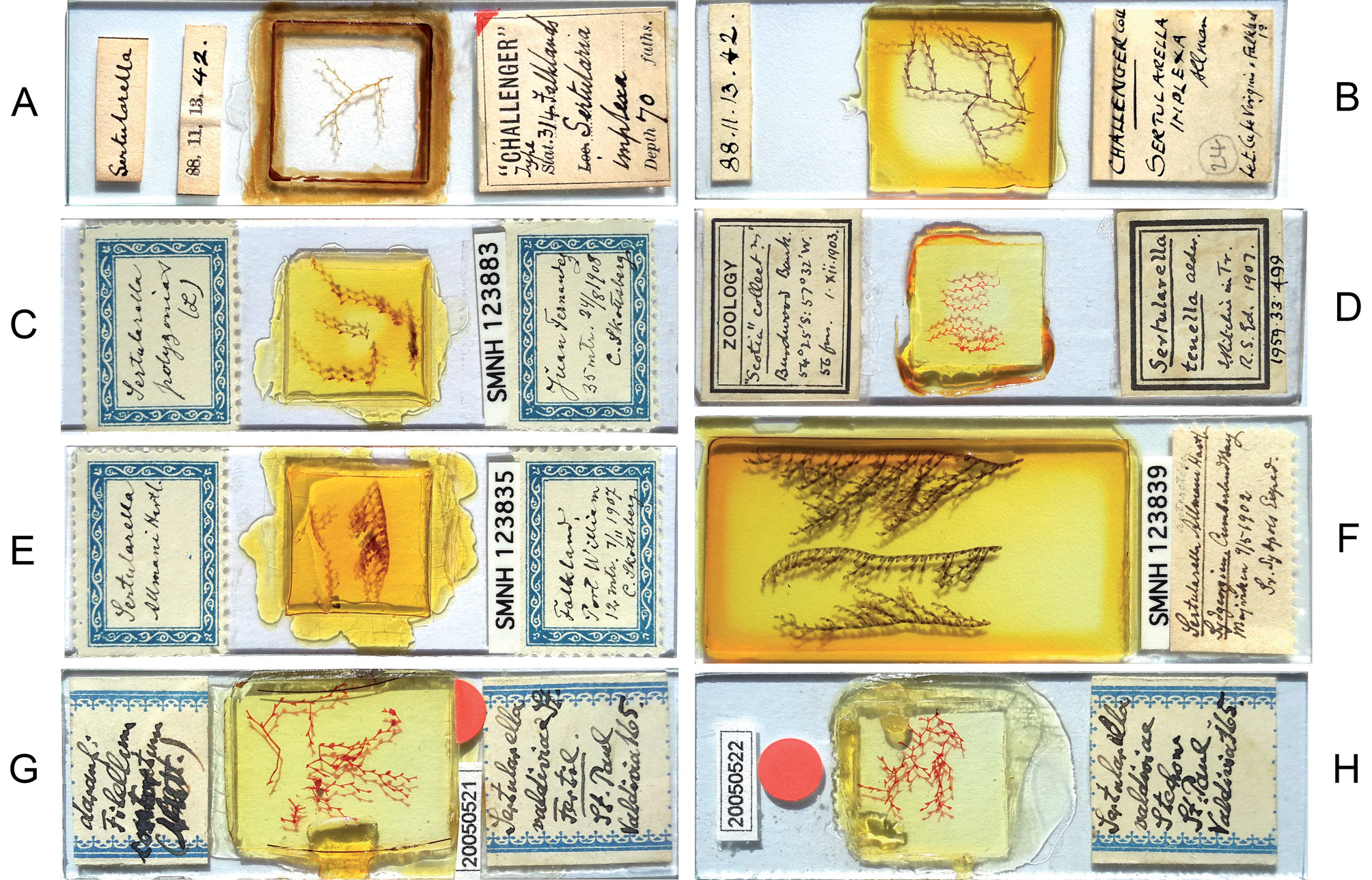 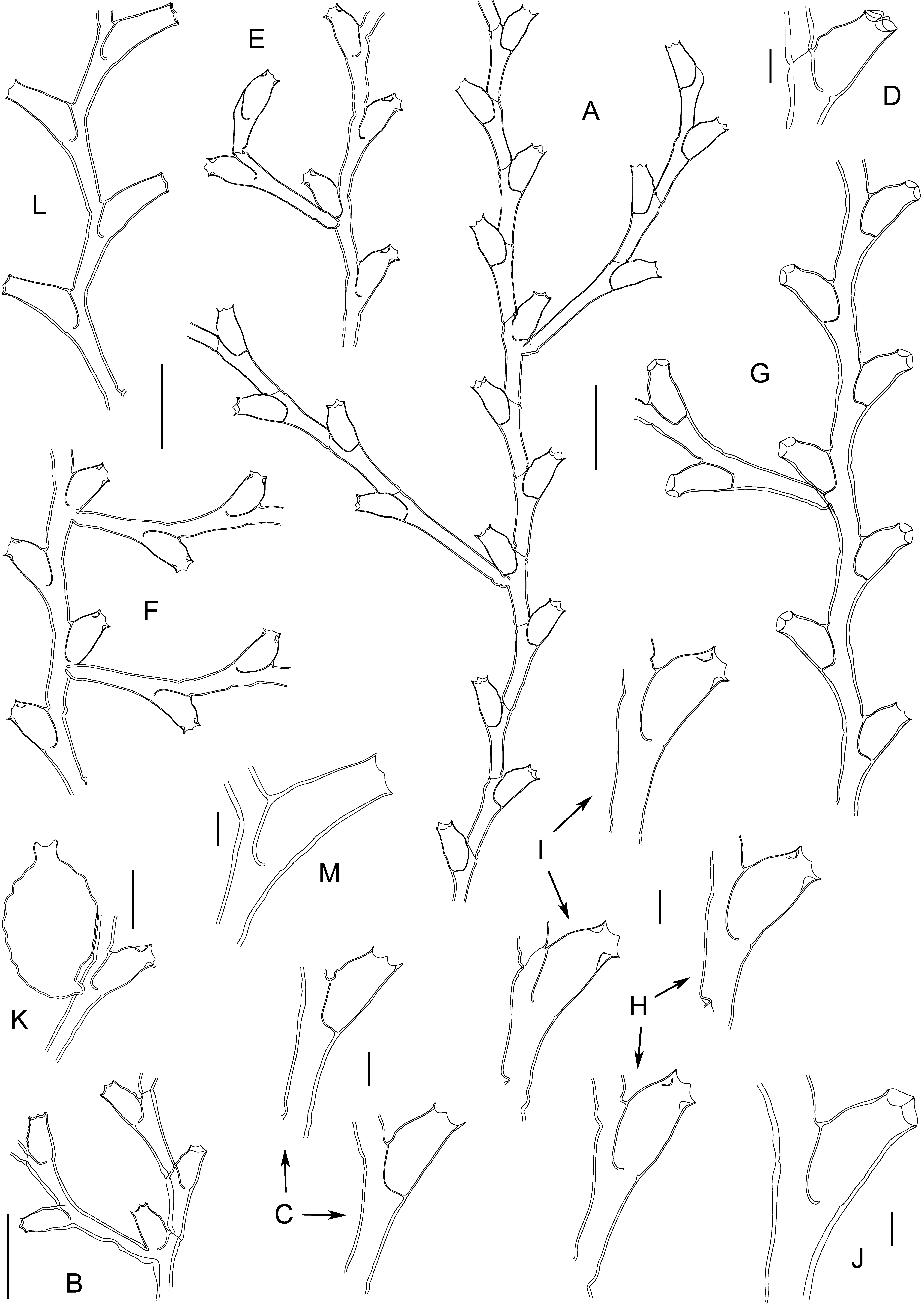