Compound eyes black brown, semiglobular, composed of ~18 large ommatidia, which are widely separated with interval densely covered by microtrichia in lateral and dorsal view; ventral ommatidia slightly larger and less closely neighbored to each other than dorsal ones. Number of ommatidia 18±3.

Etymology. The specific epithet is derived from Latin pachygnathus   , in reference to the broad maxillary palp in the new species.

Remarks. The new species similar to Myrmecolax furcatus Bohart, 1951   from Philippines by having similar distally bifurcated detached vein with anterior branch directed toward wing base, but can be distinguished from M. furcatus   by the longer flabellum of 3 rd antennomere, the slightly bigger ratio of distance between internal margins of compound eyes and the diameter of a compound eye, and the more conspicuous and longer dorsal hook of the aedeagus.

The new species also resembles Myrmecolax odontognathus Kogan & Oliveira, 1964   from New Guinea by having similar aedeagus, in which the dorsal process is almost as long as ventral projection and an acute angle to the aedeagus, but it differs from M. odontognathus   by the shorter body length, the conspicuously longer flabellum of 3 rd antennomere, and the bigger ratio of distance between internal margins of compound eyes and diameter of a compound eye. 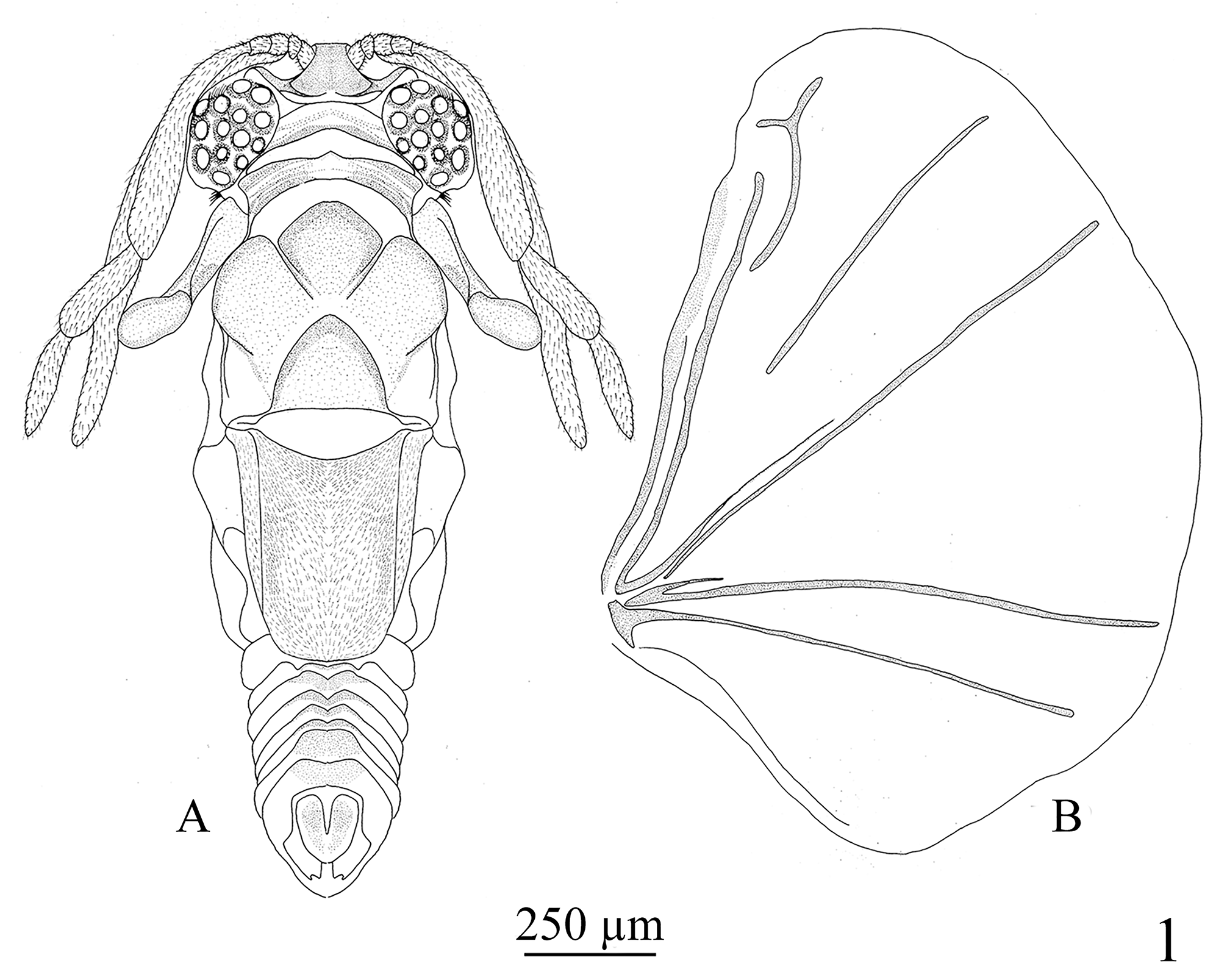 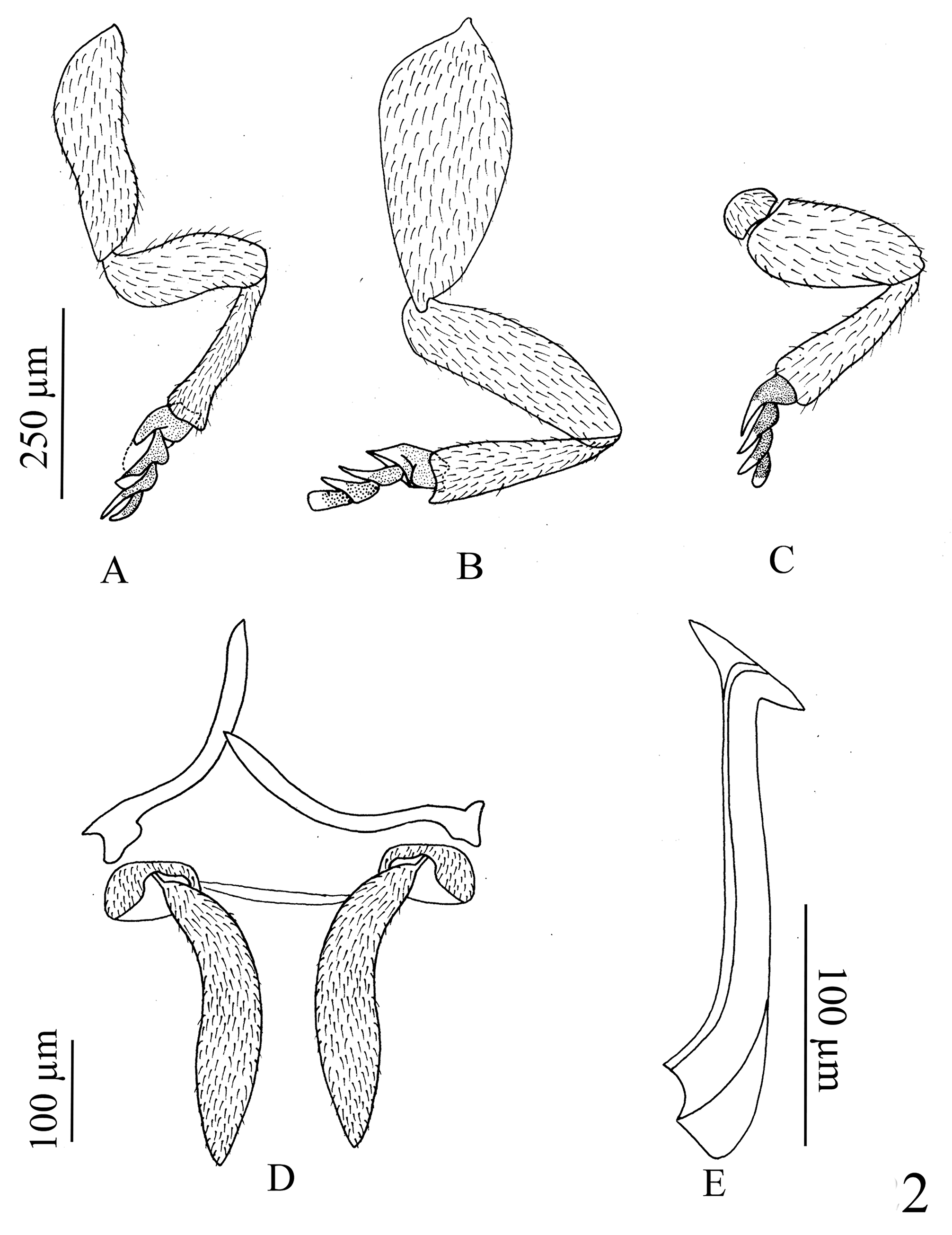 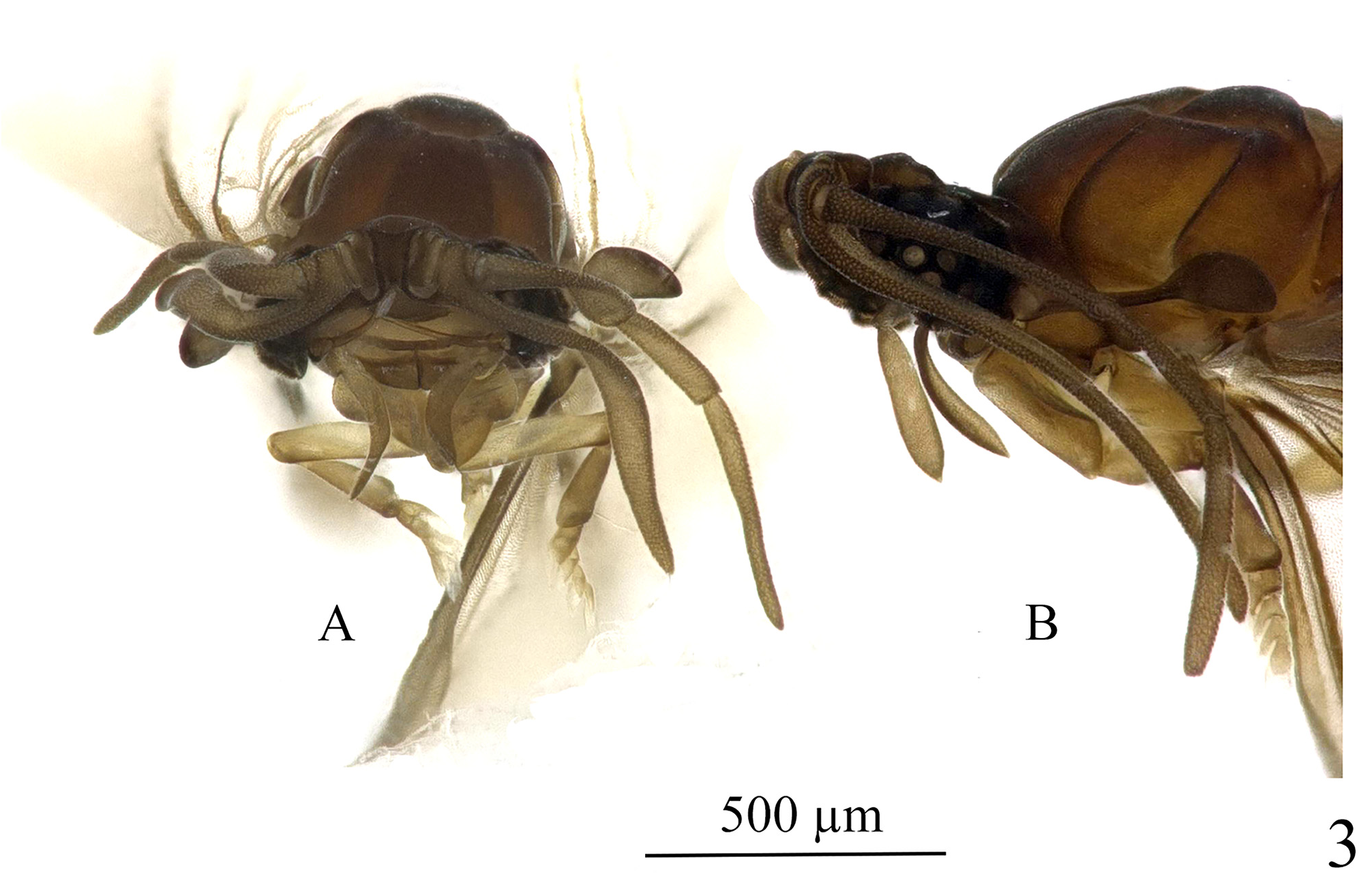