Diagnosis. This new species is similar to M. desutterae  sp. nov. in the structure of its legs, last male tergite, subgenital plate and cercus. It different from M. desutterae  in the shape of male pronotum with shorter metazona (1.9 mm in the middle), the length of the male tegmina (a large part visible from above, not fully covered by pronotum), structure of the male cercus, the spine number of the fore tibia (it has 5 inner and 5 outer spines ventrally whilst M. desutterae  has 4 inner and 4 outer spines). Whilst the pronotum and tegmina of M. meridianus  are similar to Colossopus  spp. there are many other differences (see the generic characters given in the Table 1 and under the genus Malagasopus  ).

Etymology. The new species name “ meridianus  ” means southern in Latin. This species in common with many of the other species in this paper, is found in South Madagascar.

Habitat. The region in which this species occurs has spiny forest. Living specimens have not been studied.

Phenology. This species has been found in July as an adult.

Remarks. Lateral denticles of fastigium of vertex are very small and not in natural forms. Possibly they may have been damaged during immature stages. 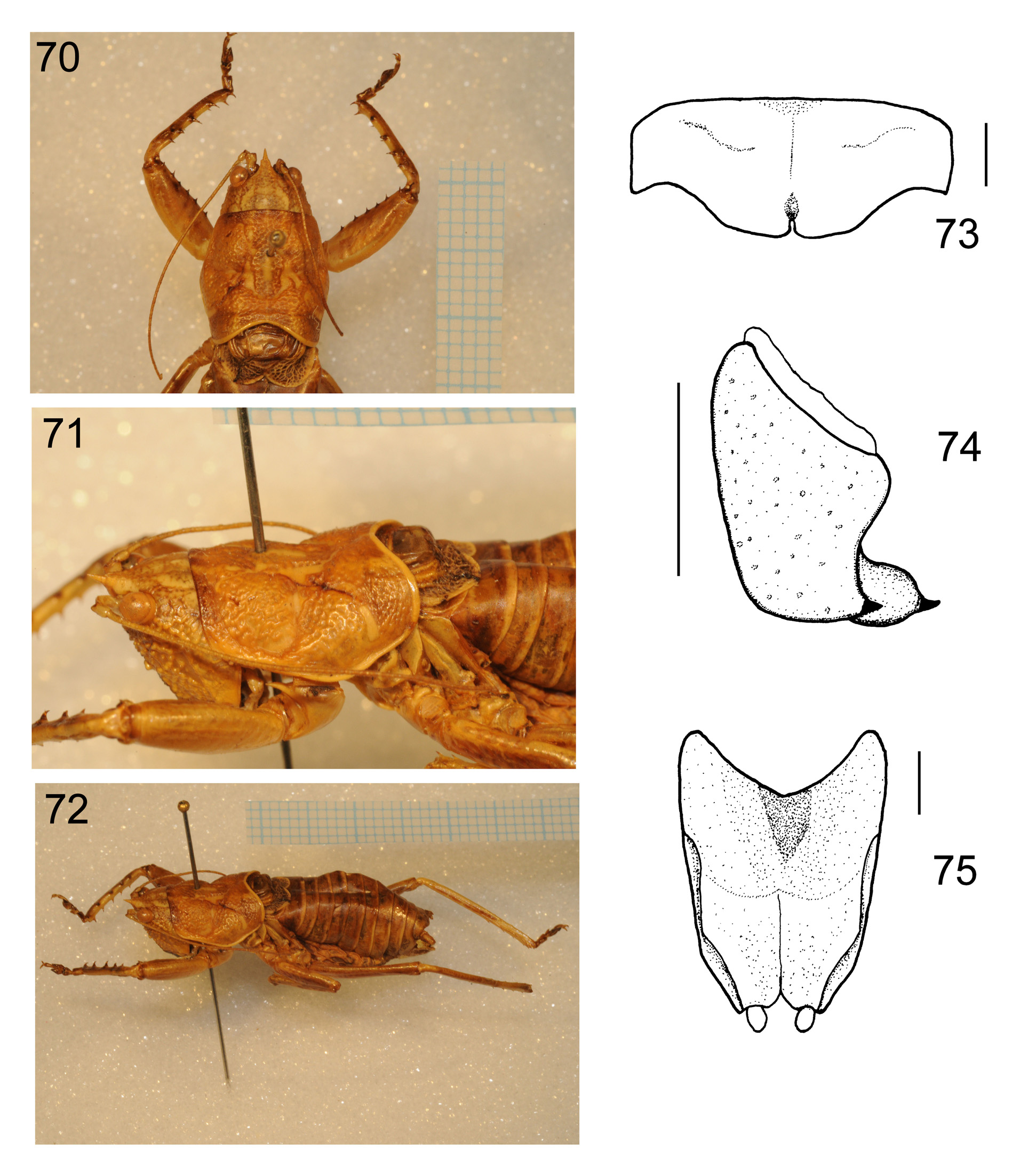