Etymology. The specific name derived from the Latin tuberosus, referring to the elytra bearing bumps.

Remarks. Andersonaltica tuberosa  is more similar to A. valens  than to other species of the genus. It can be separated from A. valens  by the following characters: pronotum near its base nearly parallel-sided; space between scutellar row and first row of punctures as convex as space between first and second rows; median lobe of aedeagus with ventral groove widening gradually towards apex. 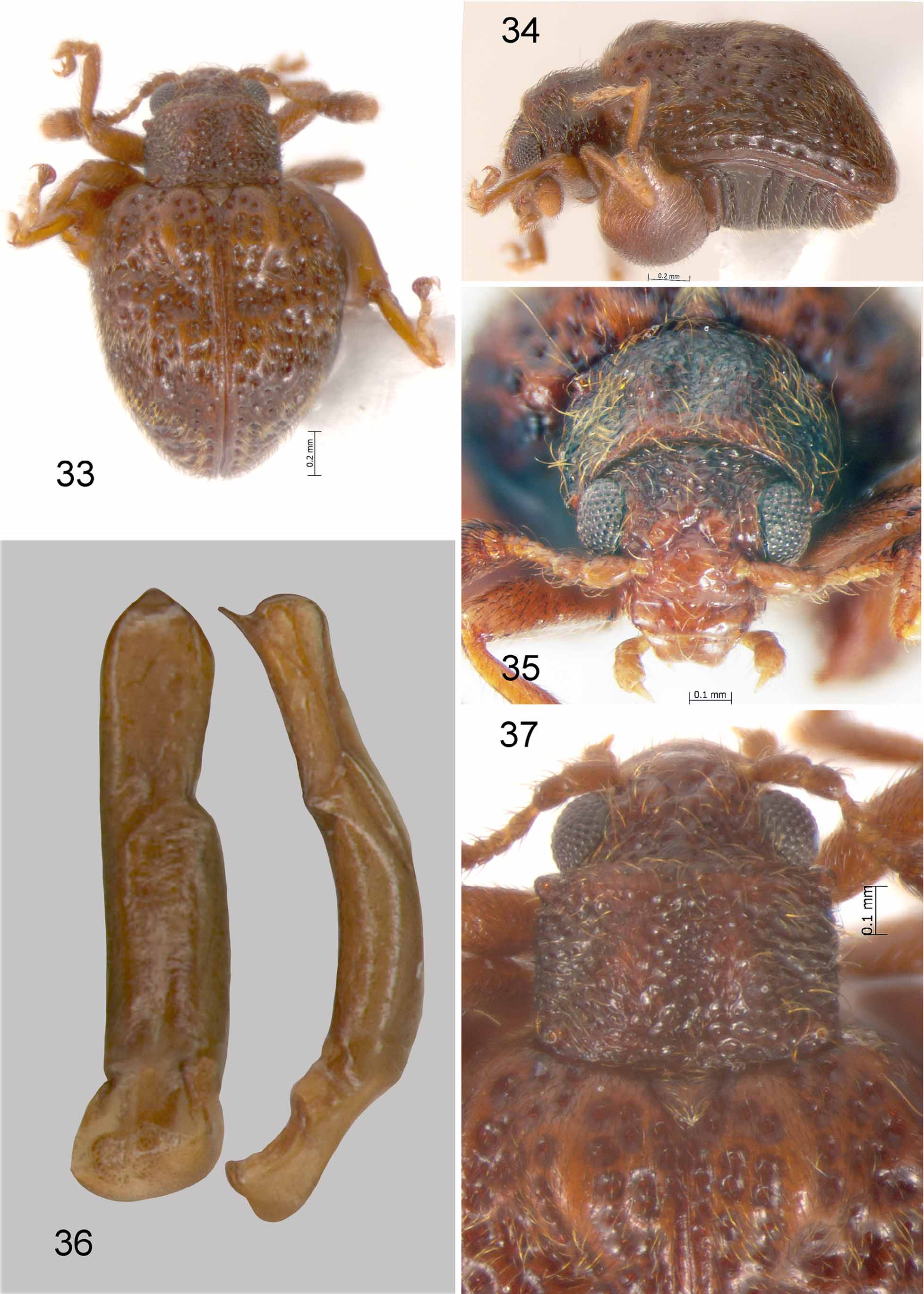