Squash preparations were made on root tips obtained from cultivated plants. Root tips were pre-treated with 0.4% colchicine for 4 h and then fixed in Carnoy solution for 1 h. After hydrolysis in 1N HCl at 60 °C, the tips were stained with leuco-basic fuchsine.

Allium permixtum occurs in Italy and the Balkan Peninsula ( Anderson 1991; Conti 1995; Cheshmedzhiev and Marinov 2009; Brullo et al. 2010; Hallaçi and Shuka 2013; Bartolucci et al. 2018). In Italy, this species was not recently confirmed in Sicily ( Brullo et al. 2010) and is very rare in Abruzzo, where it has been recorded only for some protected areas of the central Apennines, such as the National Park of Gran Sasso and Monti della Laga ( Conti 1998; Conti and Bartolucci 2016) and the National Park of Abruzzo, Lazio and Molise ( Conti 1995; Conti and Bartolucci 2015). The population studied here represents the first record for the Regional Park of Sirente-Velino (Abruzzo, central Italy). This is also the first chromosome count for the species in Italy ( Bedini and Peruzzi 2021 onwards), and it agrees with previous counts made for Greece and Bulgaria where both diploid and triploid cytotypes have been reported (2 n = 2 x = 16, 2 n = 3 x = 24) ( Tzanoudakis 1982, 1986; Cheshmedzhiev and Marinov 2009, in both sources under the name A. phthioticum ). 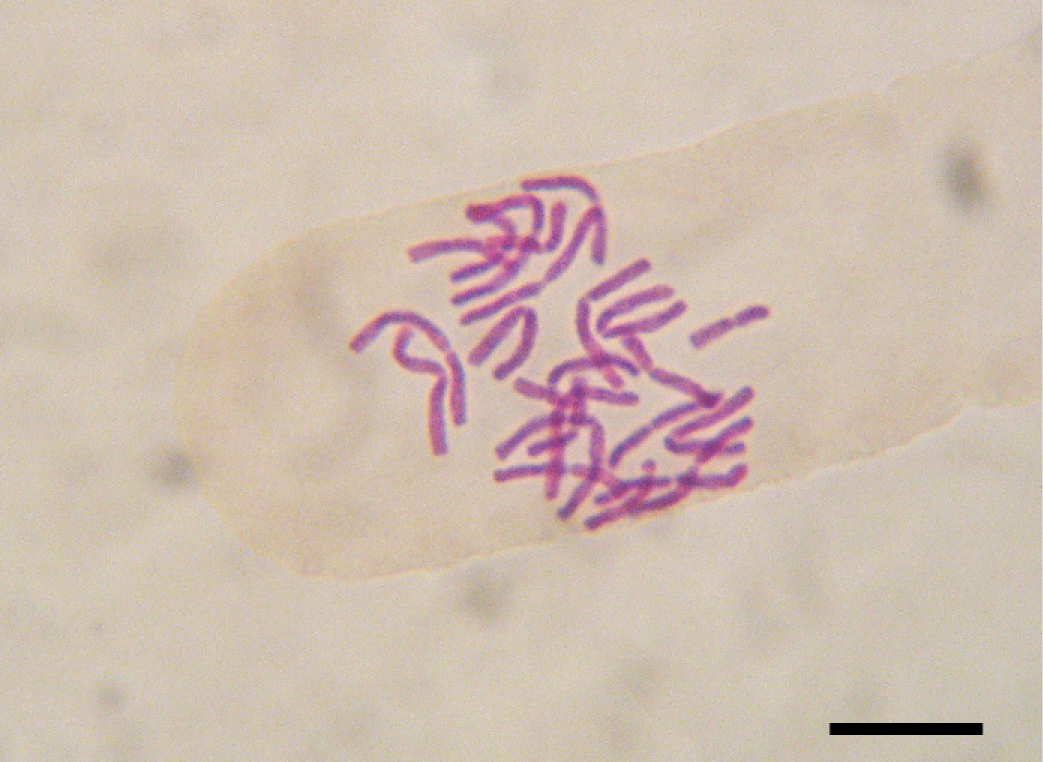