Tanzania hosts at least four species of spiny mice: Acomys ignitus Dollman, 1910 , A. kempi Dollman, 1911 , A. wilsoni Thomas, 1892 , A. spinosissimus Peters, 1852 ( Barôme et al. 2001). The A. spinosissimus complex may comprise at least 4 species according to Walter Verheyen (pers. comm.) and the separation of A. selousi de Winton, 1896 from A. spinosissimus was claimed by Barôme et al. (2001). Only one individual of spiny mouse was found in line D in herbs of a swamp zone which is an unusual habitat for the genus which prefers rocky areas. The belly is white and the dorsal pelage is orange-light brown. Its general size is medium and the tail rather long but slightly shorter than the HB. This last character eliminates A. wilsoni , which has a shorter tail (between 42 to 48 mm according to Kingdon (1974) and a smaller external size ( Table 2). The Kingu Pira specimen is smaller than the A. spinosissimus holotype from Mozambique and has a similar HB but a smaller TL compared to the A. selousi holotype ( Table 2).

The karyotype of the only female of Kingu Pira studied here is characterized by 2n = 62 and FNa = 78 ( Fig. 3 View FIG ), which is close to that published by Fadda et al. (2001) and Corti et al. (2005) attributed to A. wilsoni . The slight differences in the FNa values, 78 vs. 76, result from difficulty to distinguish between one small pair, which may be considered as subtelocentric or acrocentric. However both are different from the first description of chromosomes of A. wilsoni by Matthey (1968) who established 2n = 60 and FNa = 70 ( Table 3). The karyotype of MNHN-CG2007-1230 is also different from that of A. cf. selousi from Berega ( Tanzania) ( Barôme et al. 2001), which may represent a new species (W. Verheyen pers. comm.), and from that of A. spinosissimus described by Dippenaar & Rautenbach (1986). It is also different from the karyotype of the so-called A. spinosissimus of south Tanzania and Masai steppe described by Fadda et al. (2001) and Corti et al. (2005) (2n = 60, FNa = 70). A thorough banding analysis is needed to elucidate the nature of

this mismatch. However, the type specimen of A. wilsoni comes from Mombasa ( Kenya) and has different characters from the so-called A. wilsoni from Ethiopia karyotyped by Matthey (1968). We also found in Dakawa another karyotype which does not correspond to previous published ones ( Table 3). The type specimens of A. selousi come from Zambia and that of A. spinosissimus from Mozambique.

By referring only to the type specimens of A. spinosissimus and A. wilsoni , as well as to specimens karyotyped by Matthey, from a morphological point of view, and according to preliminary cytB results, we assume that the specimens from Kingu Pira (and probably those of Fadda et al. [2001]) may belong to a new yet undescribed species. Further molecular and morphometric analyses are requested to definitively conclude on this identification problem (Verheyen et al. unpubl. data). 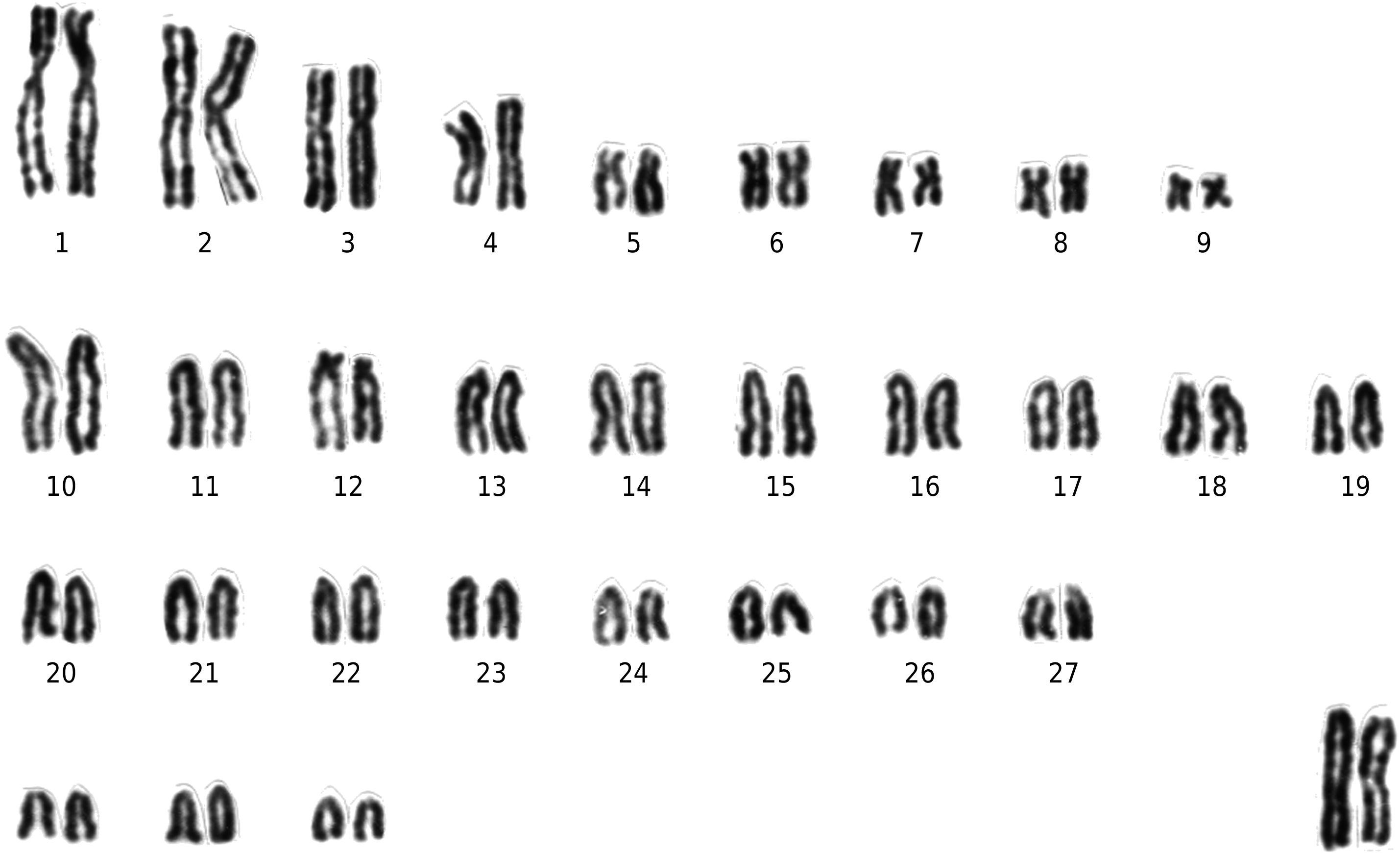