In Kingu Pira , line D provided one large Aethomys . In Tanzania A. hindei Thomas, 1902 , A. kaiseri Noack, 1887 and A. chrysophilus de Winton, 1897 are coexisting ( Kingdon 1974). In their revision of the A. hindei complex, Denys & Tranier (1992) provided some criteria to separate between those species based on dental, skull and external morphology. The Kingu Pira specimen is attributed to A. chrysophilus due to the very long tail ( Table 4), the characteristic skull and dental morphology (cf. Denys &Tranier 1992). A CVA analysis performed upon the four external measurements including topotypes specimens of A. hindei (type locality of Machakos, Kenya) and A. chrysophilus from northern and southern Tanzania displays a good distinction between the three groups ( Fig. 4 View FIG ) with an overall rate of classification error of 13.56%. All A. hindei were 100% well classified, against 99.76% of the A. chrysophilus for which one individual was classified as A. hindei . The most confusion occurred between north and south A. chrysophilus which have some overlap on the graph. On Figure 4 View FIG , the Kingu Pira specimen is morphologically close to specimens of the Morogoro and southern Tanzanian localities attributed to A. chrysophilus . At Dakawa, the two species occur in sympatry.The chromosome formula of our Kingu Pira specimen is 2n = 50, FNa = 58, which corresponds unambiguously to the true A. chrysophilus from Zimbabwe and RSA according to Gordon & Rautenbach (1980) and to A. cf. chrysophilus of north Tanzania found by Castiglia et al. (2003) and Fadda et al. (2001) ( Table 5, Fig. 5 View FIG ). It is different from A. ineptus Thomas & Wroughton, 1908 (2n = 44, FNa = 58) from Zimbabwe and South Africa and from A. kaiseri of Zambia (2n = 50, FNa = 60), which has very large sex chromosomes and 45 acrocentric chromosomes ( Corti et al. 2005; Linzey & Chimimba 2008). 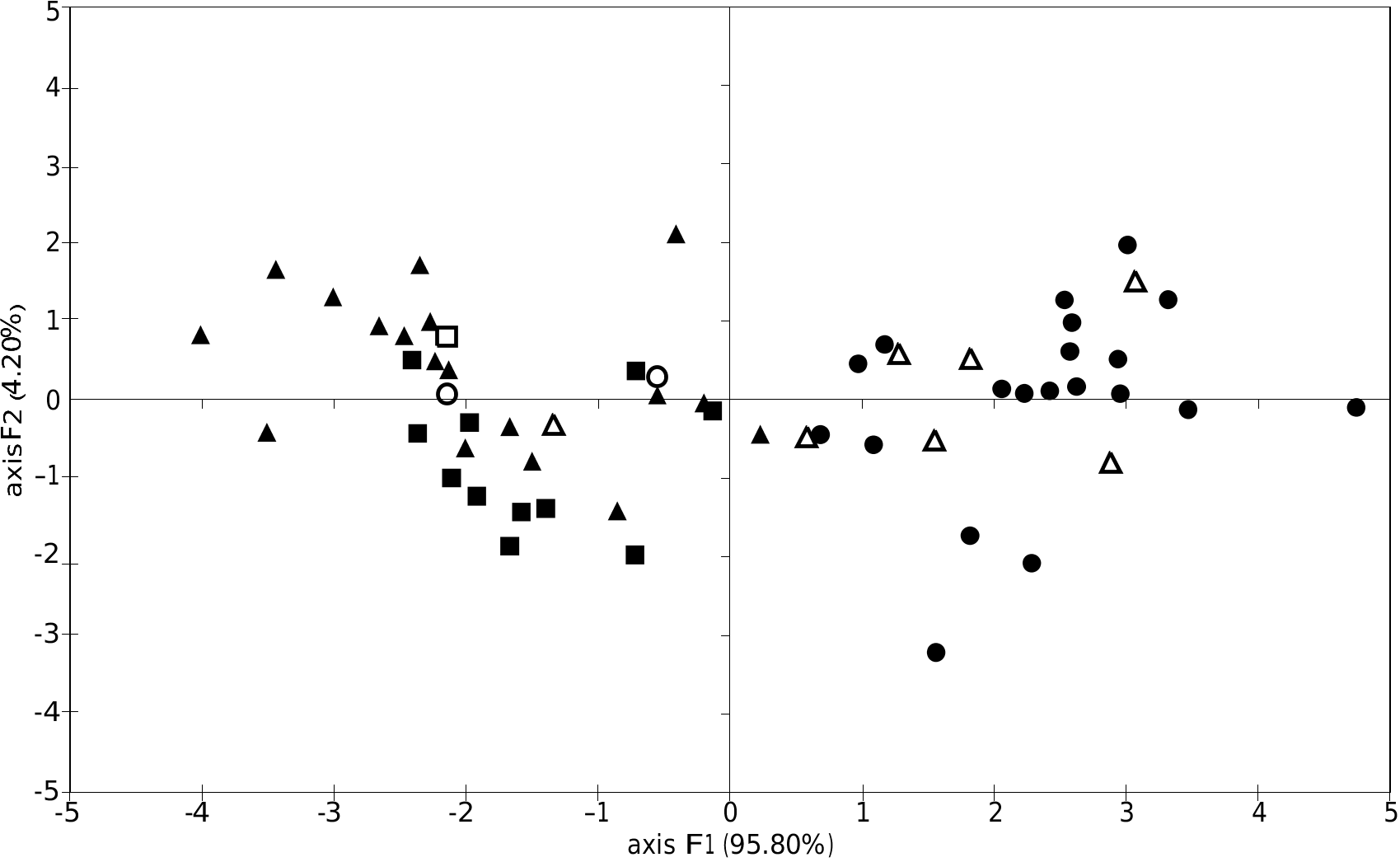