Remarks: The description of this species, which was originally identified as G. siluri   by Brooks & Deardorff (1980), was based on a single specimen, which is partially decomposed. However, de Chambrier et al. (2004a) observed several morphological differences between this specimen and G. siluri   , such as the position of the vitelline follicles, which are ventrolateral in G. danbrooksi   (vs. only ventral in G. siluri   ), fewer testes (183-310 vs. 380-430), and the position of the vaginal sphincter (at a distance from the genital atrium in G. danbrooksi   vs. terminal, i.e. close to the genital atrium in G. siluri   ). Based on these differences, de Chambrier et al. (2004a) proposed the new name, G. danbrooksi   , for the tapeworm from A. pardalis   .

Brooks & Deardorff (1980) reported the vitelline follicles to be present both in the ventral and dorsal cortex. However, the study of the holotype including its histological sections revealed that the follicles are only on the ventral side of the cortex, reaching only to its lateral margin ( Figs 20, 21 View Figs 20 - 21 ).

The study of the type material of G. danbrooksi   also showed that some fibres of the inner longitudinal musculature are close together, thus somewhat resembling muscle bundles ( Figs 20, 21 View Figs 20 - 21 ). However, the tissue of histological sections is partially decomposed and thus a new, well fixed material of the species has to be examined to reveal the actual structure of the inner longitudinal muscles of G. danbrooksi   . 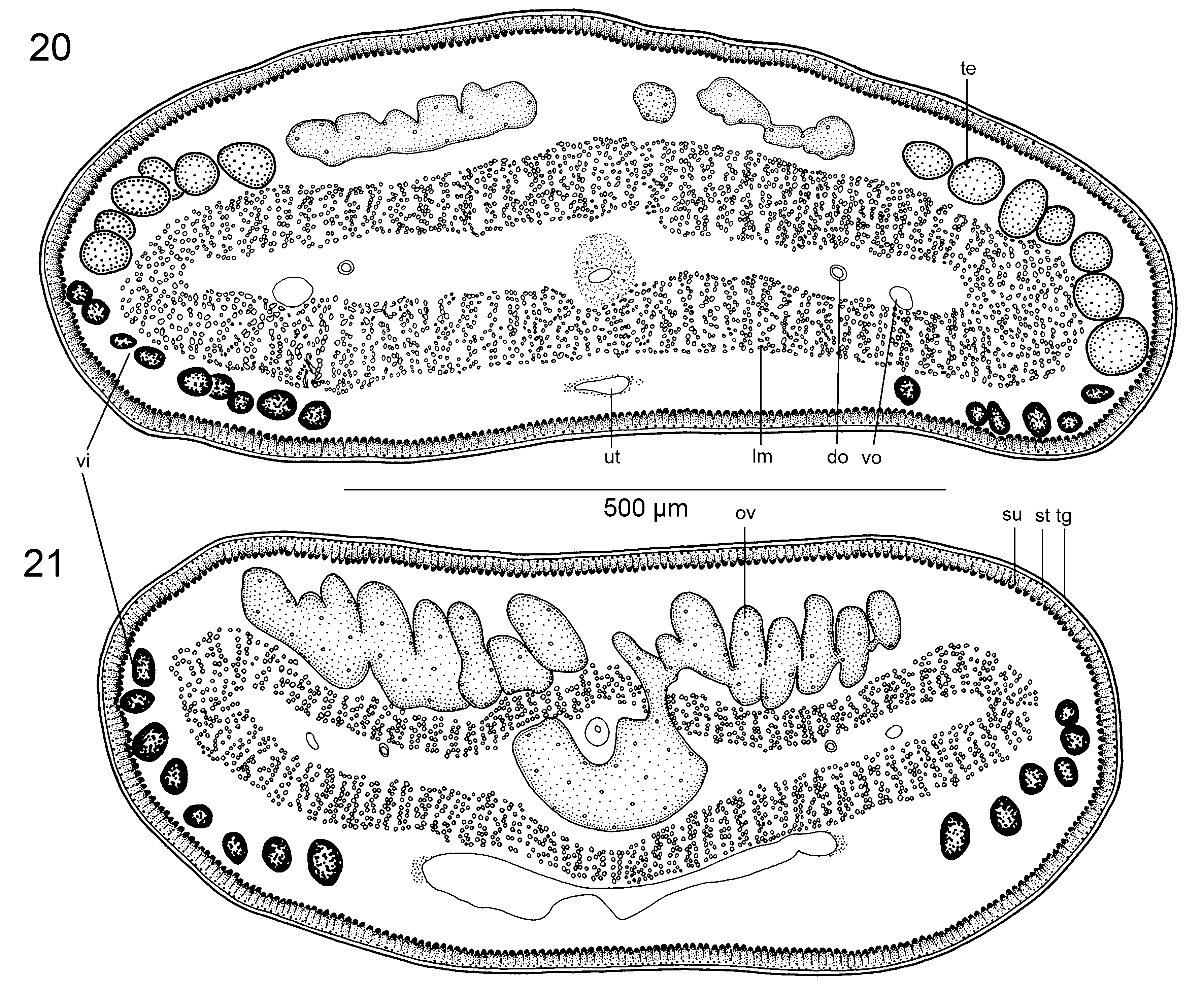