Type locality: Letkés at the western part of the Börzsöny Mts. ( Hungary); see Kovács & Vicián (2013) for a map and description.

Etymology: Referring to the zebra-like colour pattern of subadult specimens.

Discussion. This shell probably belongs to the same group as the West African genus Africonus Petuch, 1975  as defined by Tucker & Tenorio (2009). These are all small shelled species, with a short siphonal canal, shallow anal notch, weak siphonal fasciole and rather narrow aperture. Moreover, zig-zag colour patterns are frequently developed within Africonus  (e.g. A. decoratus Röckel, Rolán & Monteiro, 1980  , A. verdensis ( Trovão, 1979)  , A. derrubado Rolán & Fernandes in Rolán, 1990  ). According to Tucker & Tenorio (2009), Africonus  (type species: Conus cuneolus Reeve, 1843  , by original designation, present day, West Africa) is characterised by having a paucispiral protoconch, the whorl tops may be concave when viewed in cross section, with cords on the whorl tops that may be lost in middle spire whorls or persist thereafter. The shell has a shallow to moderately deep subsutural flexure. The molecular phylogeny presented by Puillandre et al. (2014a, b) does not support the separation of Africonus  and Lautoconus Monterosato, 1923  . Shells of the genus Lautoconus  are characterised by their turgid shape with convex sides. Like Africonus  , the protoconch is paucispiral. The whorl tops are ornamented with cords that reach the middle spire whorls and often persist and the subsutural flexure is shallow to moderate in depth ( Tucker & Tenorio 2009). On shell characters, alone we cannot convincingly distinguish the two genera and therefore follow Puillandre et al. (2014a) in considering Africonus  a junior synonym of Lautoconus  .

Aside from its very narrow aperture, this cone snail has few shell features catching the eye at first sight. Therefore, it might have been overlooked so far. Its spectacular colouring under UV light, however, distinguishes it distinctly from all other Paratethyan species and allows an easy identification. 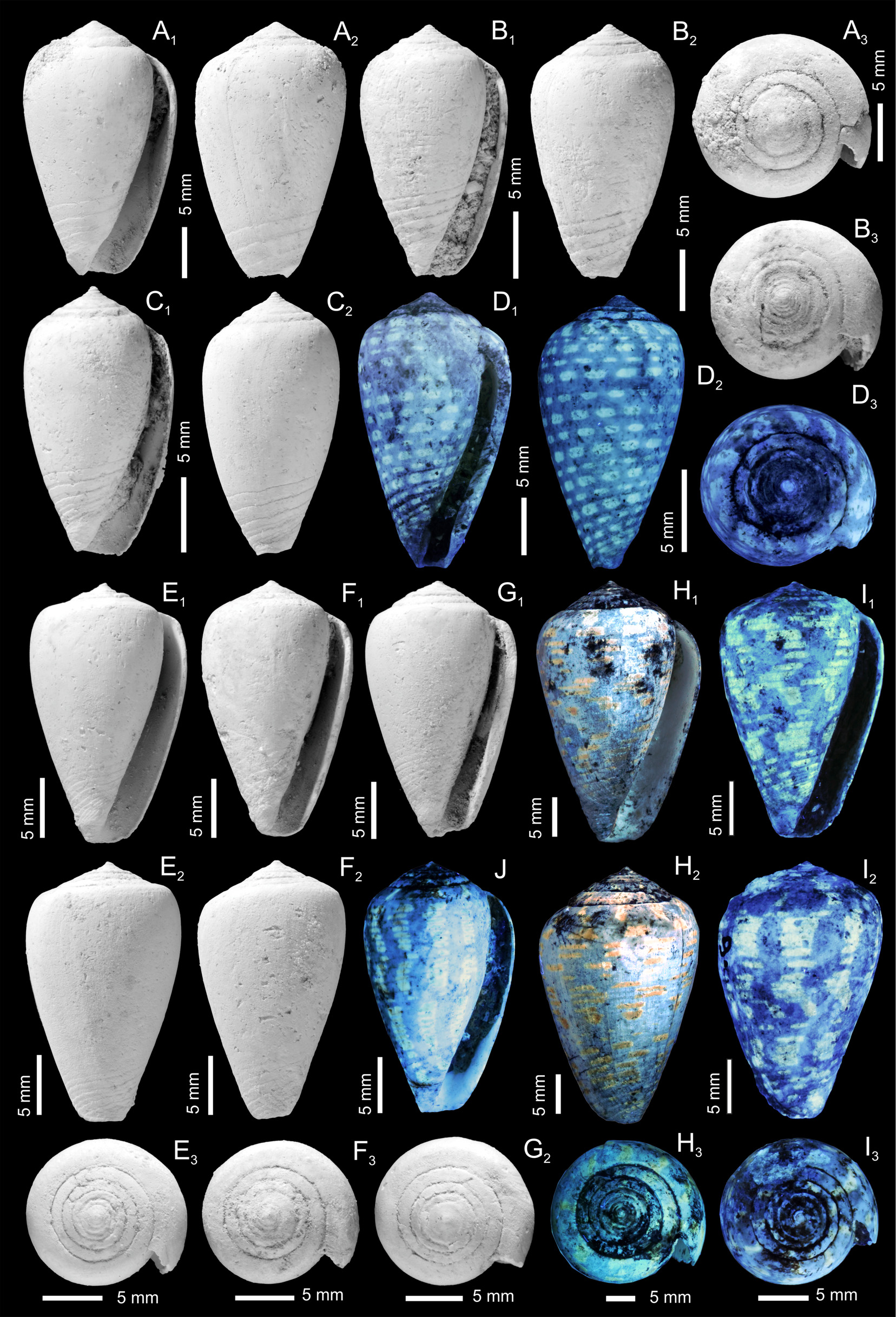